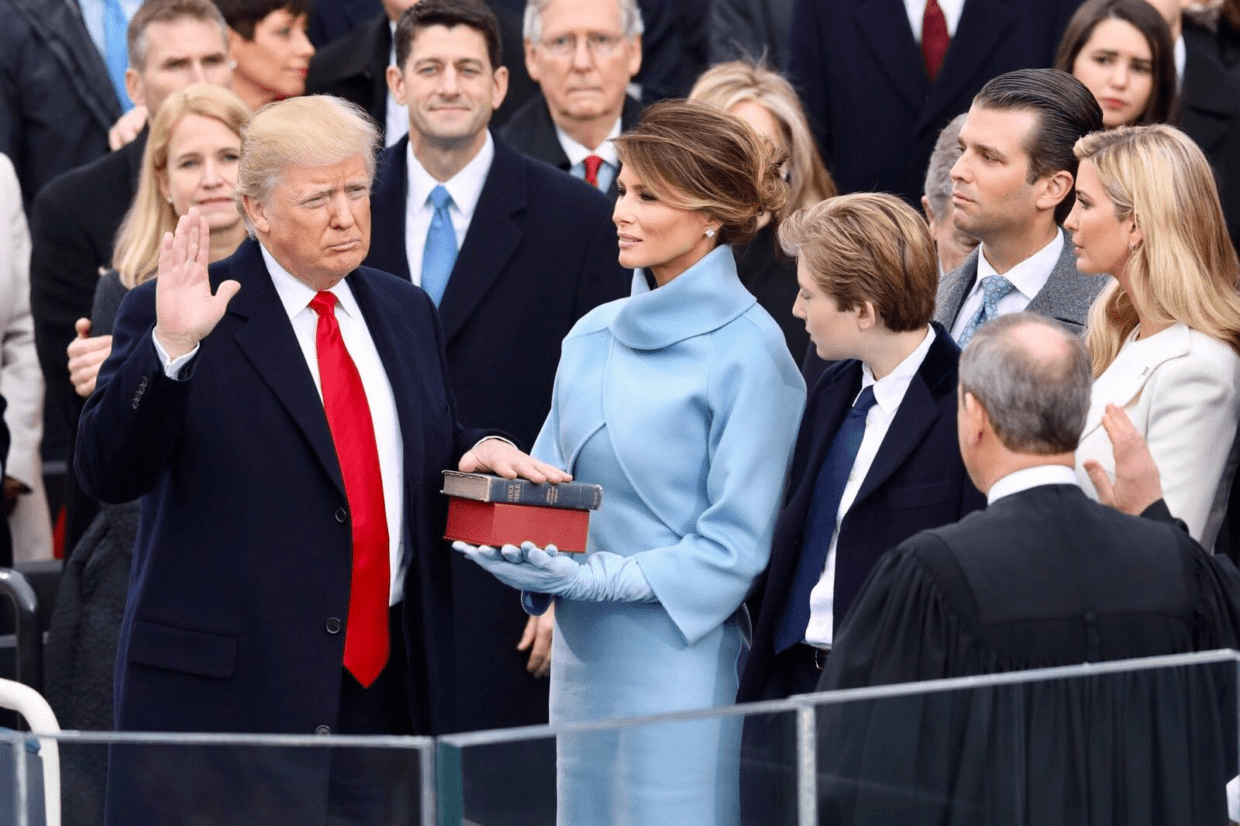 One year has passed since Donald Trump’s shocking rise to the presidency and America is already trending in a far different direction than the previous Obama Administration.

Thus far, Trump ended the Deferred Action for Childhood Arrivals (DACA), tried to enforce stricter immigration policies, pushed for new tax reform, has voiced his support for a new health care system and also fired most of the people that made up his original cabinet. Not surprisingly, M-A students were not afraid to express their opinions on the matter.

Junior Miranda Mueller stated, “People’s tolerance has changed with Donald Trump. Startling news stories now seem normal. Trump’s supporters are also choosing to keep themselves from the real news by believing everything Trump says. My grandmother who voted for Trump is white, German, has virtually no education and she lives in a very rural area. She is clearly a part of his target demographic. Nothing I say will change her mind. No matter what it is.”

Trump’s Twitter usage has constantly damaged his image as many believe that this makes him childish and unqualified for his position. Americans thought he might tone down some of the posts with his new and strict chief of staff, John Kelly, but this has not been the case. Much of his Twitter posts have been centered around his hate for media that is “fake news” and his love for the conservative news site, Fox News.

Junior Max Sokolov disagreed, ”As long as he is not releasing any confidential information he can say whatever he wants. Twitter can choose what they want to go on the site. They are not taking his tweets down so they do not seem to have a problem with it. I don’t think there is an issue.”

The media is really on a witch-hunt against me. False reporting, and plenty of it – but we will prevail!

Although most Americans feel Trump has caused America to become a more divided community, his presidency has brought more people into the political sphere as they have realized that their vote is extremely important and can affect many people’s lives.

Trump’s dealings with the three hurricanes in Houston, Florida, and Puerto Rico have also been interesting to follow as Trump seems to focus his attention and heap praise on the jobs that we have done to help the Houston and Florida areas after the devastating weather. Although Trump did go to Puerto Rico, he seems to want to leave the country by the wayside even though it is a U.S. territory. Trump was even playing golf as Hurricane Maria devastated that Puerto Rico area.

Trump is seen almost every weekend at his golf club in New Jersey which contradicts what Republicans have preached in the past. Many Republicans complained that Barack Obama had played too much golf when he was in office. Trump, who is a fanatic golfer, has played far more golf than Obama had at this point in the presidency and is causing a lot of extra pay for the American taxpayer. 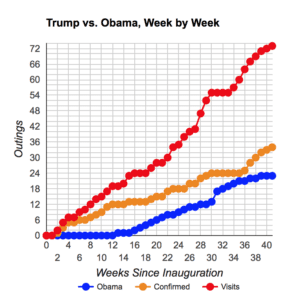 The trials and tribulations that happened on November 8, 2016 will never be forgotten. Some, including Sokolov, believe that although we may not agree with the decision, we need to respect the position of the president.

Trump seems to be a different type of conservative, and some conservatives believe that he is portraying a bad representation of the Republican party. As a country that was founded by immigrants, we used to be extremely pro-immigration. Even Ronald Reagan and George H.W. Bush, both Republicans, were welcome to any immigrant who wanted to live the American Dream. But for now, Democrats are slowly moving their focus away from Trump and into the midterm elections just one year away.

In order to be more successful for elections to come, Mueller does believe that not all hope is lost for liberals. “The Democrats need to find a platform that appeals to everyone because one does exist and I think they will. They need to start by gaining the majority in both the House and Senate in 2018.”

Does Trump have a chance in 2020? Absolutely. His core 35 percent is not going to leave him no matter what he says or what he does. They love that he is different and they will believe every single word that comes out of his mouth. He is unlike every single other president in our history and appeals to his supporters because they feel like they are the forgotten ones in this country.

With our environment dwindling, jobs boosting, and growing division between party lines, Trump’s presidency has a lot of Americans confused about what to think. One thing is for sure: the Trump administration is going to continue. Republicans in the Bay Area have had a hard time expressing their opinion as they feel like they will get put down in a liberal-filled community. It is our job to help bridge the gap and bring Americans together. Whether you like it or not, the Trump administration is here to stay for years to come.