Editor’s Note: This information is current as of March 4th, 2021, and comes from the M-A Athletic Directors and Coaches as well as the M-A Athletics website. It is subject to change.

High school sports are back! After about a year of modified practices and no games since the pandemic started last March, California approved contact sports to resume activities starting on February 26. While this is very positive for many people, each sport has its own timeline for starting their season. Some sports like Girls Tennis have already had their first match, whereas other sports like Basketball are still awaiting their schedule release. Here is your complete guide for each sport, and their return to playing.

Each high school sport seems to be in one of three different categories for their return: already back playing games, slated to start games in late March or April, or has just been approved as an indoor sport.

Cross Country, Swimming, Girls Tennis, and Girls Golf have all already returned to playing games against other schools. Cross Country had a strong opening to their season with three wins against Half Moon Bay, El Camino, and Sequoia, and look to add a fourth win against Woodside on March 10. The swim team had their first meet last Friday against Sequoia and South SF, and are currently waiting for the results of the tri-meet. Their next meet will be against Carlmont on March 12. Girls Tennis took down Carlmont to start their season 1-0, and have since played multiple other matches, looking to add another win against Woodside on March 9. The last sport in this category is Girls Golf, who had their first round of the year against Carlmont on February 22, and face off with Carlmont again on March 8.

Most sports fall under the next category of starting to practice, with games supposed to start in late March and April. 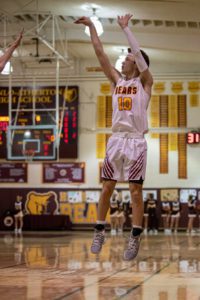 Wrestling, Volleyball, and Basketball make up this last category of sports returning. As of today, March 4, indoor sports have been approved to return to contact games. Back in February, when contact sports were approved to resume games, indoor sports were not included in the approval. Today, “indoor sports activists” settled a legal dispute with the State of California to allow all indoor and outdoor sports to resume play. Counties will have to have case rates less than 14 per 100,000. Additionally, counties will still have to approve the agreement, meaning they can opt out of it, and choose not to allow indoor sports. Because this agreement occurred today, set schedules for basketball, volleyball, and wrestling still have to be made, so therefore there are no starting dates for games yet. Assuming San Mateo County does not opt out of the agreement, schedules for these indoor sports should be made within the coming weeks.

As of now, because of restrictions set by Sequoia District, there are no spectators allowed at any of the sporting events. However, a month ago, it did not seem like any sports would happen, and now every sport is on track to start at some point this spring, meaning that these spectator restrictions could be different in a couple of weeks.