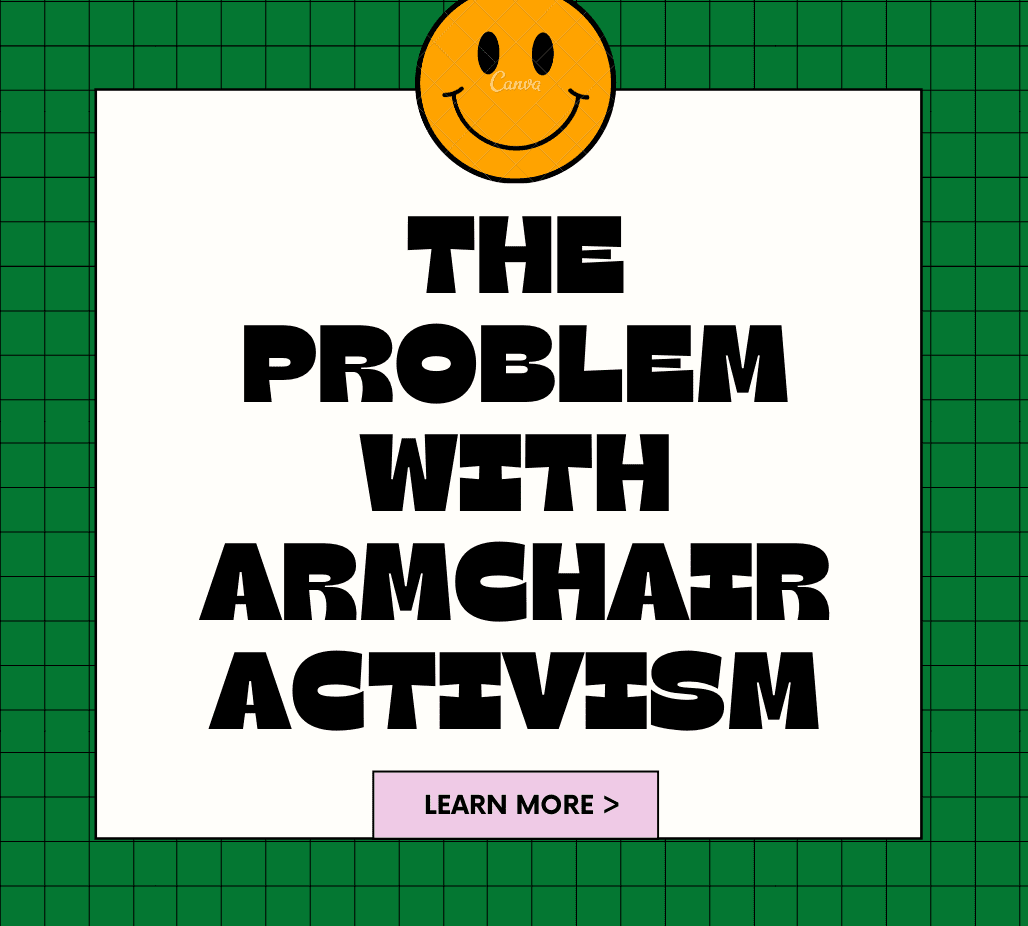 The rise of the internet has irrevocably changed the way social justice movements raise awareness and make progress. While there’s no denying that social media has had some positive impact on social justice movements, it’s almost impossible to ignore the threat it poses to progress and productive discourse. Posting to social media without following up with action is an example of virtue signaling, a practice in which one publicly expresses one’s opinions to demonstrate good character and morality. Virtue signaling thwarts real action.

The problem is simple: believers of a cause passionately take to the internet, posting and sharing, and then consider themselves activists, but without doing real work to earn the title.

For an example of internet activism, you don’t need to go any further than your own instagram feed. A couple of clicks on the “stories” section will yield countless examples of internet activism, aptly named “slacktivism.” Last summer brought us a storm of protests and petitions regarding the unjust murder of George Floyd, but buried in that storm was millions of reposts and shares of informative posts, shows of solidarity, and lists of resources. Through the simple click on a phone screen, one can take a stance, join like-minded others, and consider themself a proponent of change. Though none of these things are inherently wrong as a reaction to injustice, they do have a way of preventing action.

I firmly believe in the need to create real change and challenge those who are unjust and in power. Therefore, I am frustrated by internet activism, which ultimately does little, and actively harms the movements it claims to promote.

For instance, everyone is quick to publicly shame the lone blue lives matter supporter who appears on their feed, but few of those people are willing to have difficult, face-to-face and one-on-one conversations about BLM with their friends and family members. Truly changing someone’s mind requires more than just bashing them online, and creating a public-shaming spectacle. It requires honest conversation, and a genuine discussion around why certain beliefs may be harmful. It takes time and effort, and it takes courage to speak out about a cause you care about to an audience of people who disagree. In the internet echo chamber, where beliefs are reinforced by a non-dissenting closed community, there is little room for genuine discussion. When you post something to your story, who’s going to see it? Your friends, acquaintances, and peers, oftentimes a homogenous, like-minded group. Posting and sharing adds almost nothing to the conversation and movement, because odds are, no one new will see it. And if someone actually sees something for the first time from your story post, how likely is it to change their mind? Human beings are set in our ways, and unless you engage in honest dialogue with someone (which rarely stems from a mere repost), you’re not going to change someone’s mind.

But for slacktivists, after their job is done, after the twenty-four hours of a story post is over, they go back to doing nothing, but this time with a sense of pride and the title of “activist”. They now can feel good about themselves after doing nothing, because of the praise and positive feedback they receive for doing what is, essentially, nothing. The movement loses potential supporters and advocates because after people post and repost, they consider their work to be done.

Researchers at NYU, led by Dr. Peter Gollwitzer, learned that publicly announcing your goals makes you less likely to follow through with them. This is because sharing one’s intentions leaves you with a premature sense of completeness and pride, upon receiving positive feedback. This in turn leads to a lack of motivation to follow through with the goal, because you’ve already gotten a sense of achievement and success. This is easy to see on the world of social media. The praise and positive validation speakers of the majority opinion often receives is in itself the reward, in lieu of taking action being its own reward.

While activism is possible online, this modality of change-making is limited in multiple critical ways. It’s almost too easy, and what takes the least amount of effort to do isn’t always worthwhile. Most people proudly posted to their instagram stories and accounts, changed their profile pictures to the BLM fist, edited their bios, etc, but stopped at that. When the BIPOC community needed allies to step up, all that was done was reposting and sharing, and then a gradual erasure of previous promises of solidarity, the reversion of profile pictures from symbols of the movement back to beach photos and selfies, the rise then fall of petitions and news about protests. Afterwards, it became clear that the easy solution to racism and injustice wasn’t a solution at all.

Nearly a year out, and on the internet, it’s like the summer of 2020 never happened. Most of those “activists” are done now, they have finished their work. They have successfully signaled their virtue and took their brave stance, sharing a common viewpoint amongst their like-minded peers. It was always about the movement, yet simultaneously, it was never about the movement. It was peer pressure and the desire to do good, coupled with a series of horrendously brutal events that gave these slacktivists something to do during a slow, pandemic summer.

Furthermore, calling yourself an activist after a couple of instagram posts disrespects real activists, people who have historically put their lives on the line for a cause. When internet slacktivists refer to their work online as “activism,” they forget about the fates of Harvey Milk, Marsha P Johnson, Martin Luther King, Jr., and so many more. There’s an important difference between activists who lose their lives for their causes, and people who are active on the internet and then call themselves an activist. There’s a certain respect that needs to be held for the term, and we risk disrespecting the memories of late activists by diluting the concept too much.

But that’s not to say that an internet presence negates one’s activism. For instance, Greta Thunberg, the Swedish environmentalist is a modern-day activist. Though she has a strong social media presence, the difference between her and the average slacktivist is that she doesn’t stop there. Her work in organizing protests, petitioning representatives of the government, and publicly speaking out are what makes her the iconic activist that she’s become, not her snarky responses to Trump via Twitter.

Malala Yousafzai, the Pakastani education activist, used her online blog via BBC to gain a platform. From there, her activism took off, as she publicly spoke out for her right to education, and bravely attended school despite the threats to her life. Even getting shot by the Taliban didn’t deter her. Though Yousafzai started off as an internet activist through her blog, the key difference is in the courage it took for her to speak out for her education, and her work raising awareness by actively creating her own content.

And fame isn’t what makes someone an activist. Oftentimes, activism is actions such as protesting, organizing, publicly dissenting, petitioning your representatives, volunteering time and energy with grassroots organizations. Activism is the high school students who organized the March for Our Lives, the volunteers who registered others in marginalized communities to vote, the leaders in M-A’s cultural clubs. While there are many different ways to be an activist, it is not merely scrolling through instagram, reposting what you agree with, and then calling it a day. Internet activism has led to concept creep, the dilution of what the word “activist” actually means.

In the end, the internet can be a powerful tool for change and for the betterment of the lives of others. We can use it to organize protests and rallies, petition representatives, hear the voices of others, and research ways to become better allies. Yet, we should never lose sight of where the real fight is, not sharing opinions to followers who already agree with you, but on the streets, in office, in nonprofits and grassroots organizations. There are so many ways to actually make an impact, but unfortunately for slacktivists, the internet is not one of them.