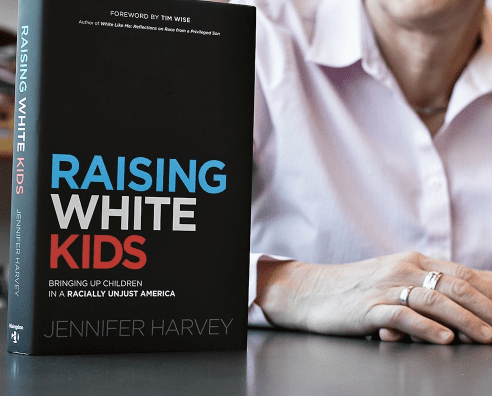 On Monday, August 17th, the Menlo Park Library hosted a virtual question and answer session to spark the conversation of the anti-racist movement. This virtual session featured Dr. Jennifer Harvey, award-winning author of Raising White Kids: Bringing Up Children in a Racially Unjust America. During the zoom session, discussion ranged from student activism and what it means to be anti-racist.

In light of the rise in the Black Lives Matter movement, Harvey hoped that parents would encourage their children to explore the topic of antiracism.

Harvey stated, “Anti-racism becomes our active work to dismantle the system that is, in the case of white folks, giving unjust advantages. And in the case of communities of color, unfair disadvantages because of race”.

Harvey referred to Dr. Beverly Daniel Tatum, a writer that focuses on the topic of racism, and Tatum’s definition of racism. “She [Tatum] calls racism ‘a system of advantage and disadvantage based on race. And so by her definition of race as a system, everybody, whatever your individual beliefs, especially myself, as a white American, am trying to unlearn the challenge and deconstruct my stereotypes towards any group of people, but especially communities of color”.

“Even if I do that work really well, I’m still a part of a system that advantages me based on race. With that thought in mind, it’s white people who are racist, because we are the ones that experience an advantage. However, Dr. Tatum says, ‘Anyone can be prejudiced. We can all have false stereotypes about other people. That’s a universal crisis.’”

While addressing her prior situation to writing her book, Harvey responded, “I have been actively engaged in anti-racism activism for almost thirty years. I realized that part of the problem is that we get stuck. We have to keep the dialogue going. I think this is critically, critically, important.”

Additionally, Harvey acknowledged the effort to connect with the black communities. “When any of our kids are in predominantly white schools, that in itself is a product of these larger social forces that have impacted all of our lives. I would just say, in terms of engagement, white youth can engage in learning, talking, and engaging with other white youth and teachers about race”.

“One place to start would be to engage online, engage in reading, and in some media. And then maybe, start a space at school that asks these questions like how do we support anti-racism? That is a starting place,” Harvey adds.

Harvey stressed, “Resourcing justice organizations that are black and brown led, because they know where the resourcing needs to go, is one of the most important things white folks with resources could be doing… [T]his crisis is more acute than ever.”