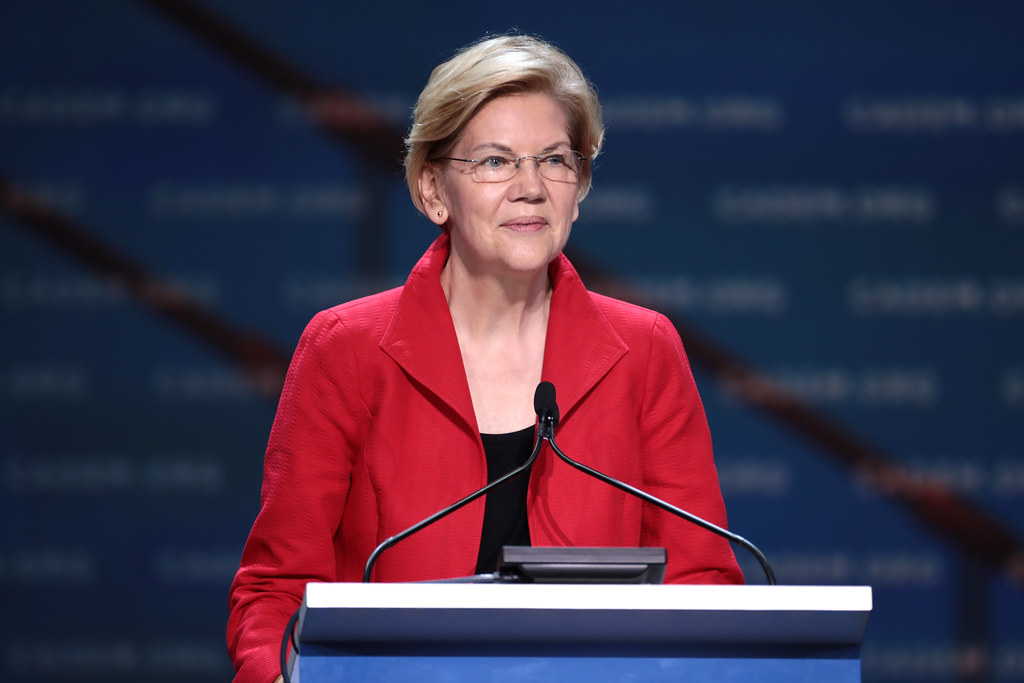 It is worth mentioning that any of the current candidates would make a better president than Donald Trump. Each has pushed the national debate forward with their unique policy proposals and experience, but two stood out in our debate on who to endorse: Elizabeth Warren and Bernie Sanders, the two progressives.

With problems like climate change, skyrocketing health care costs, and economic and racial inequality plaguing everyday Americans, we feel it is essential to elect a president who will push for substantial change in all policy areas, rather than a candidate who promises to return the country to a pre-Trump status quo. The two progressives share support for plans like Medicare-for-All, a Green New Deal, and free college that would improve the lives of all Americans  and mitigate different forms of inequality. However, despite the two candidates’ similarities, the Editorial Board believes that Elizabeth Warren will be most effective in accomplishing these goals and leading America into an era of progressive change.

Take her work with the Consumer Financial Protection Bureau (CFPB). In 2007, before most were aware of the looming financial crisis, she called for a government organization to regulate financial lending practices, writing, “It is impossible to buy a toaster that has a one-in-five chance of bursting into flames and burning down your house. But it is possible to finance an existing home with a mortgage that has the same one-in-five chance of putting the family out on the street.” Despite having no government experience, she foresaw the crisis and fought tooth-and-nail against Republican opposition to establish the agency that has today provided over $12 million in relief to over 30 million consumers who were harmed. While the economics of the CFPB may not seem sexy to the average consumer, Michelle Goldberg of the New York Times wrote, “Warren’s genius is using the regulatory process to make it simple for ordinary people to stand up to financial behemoths.”

Some of her most compelling plans are around mitigating corruption and the influence of lobbyists. She sees that Congress cannot pass sweeping reform on climate change or gun control with Congresspeople financially beholden to the gun and fossil fuel industry. Unlike Sanders and several of the other candidates, Warren supports the elimination of the filibuster. The filibuster (a 60-vote procedural threshold in the U.S. Senate) has been used to prevent passage of bills on issues like gun background checks and, for a long time, anti-lynching protections. Even if a Democratic candidate wins in November, they are unlikely to have a Senate with 60 Democrats waiting for them. To pass ambitious legislation like a Green New Deal or Medicare-for-All, the filibuster would be an almost insurmountable barrier.

She aims to unite where Bernie aims to divide. A Washington Post poll found that Warren had the most second choice votes of any candidates, illustrating that she appeals to progressives and moderates alike. If we choose a polarizing figure like Bernie Sanders who attacks compromise, we fear that we could lose support from the moderate wing of the party; conversely, if we choose a moderate, we’re not likely to see much enthusiasm from the progressive wing of the party. That leaves Elizabeth Warren, who aims to unite both wings of the party into a broad legislative coalition. Come November, it will be important to have a united Democratic Party, which Sanders and the centrist candidates would likely undermine.

The numbers are often deceiving. Less than 4% of pledged delegates (who choose the eventual nominee) have been decided at the time of writing. While some pundits have alleged that Sanders has effectively won the nomination, that is simply untrue. Over 96% of Americans have yet to vote. It is irresponsible for journalists and voters to base their decision on the outcome of contests in a few states that are largely unrepresentative of the country in terms of demographics and outlooks. Further, with candidates such as Pete Buttigieg having recently dropped out of the race, the field has and will continue to narrow significantly. For instance, a significant number of Buttigieg’s supporters have said they would shift to vote for Warren now.

Despite our state having the most decisive number of delegates, the voices of Californians were often forgotten in previous years due to a June primary date. We are in a unique position this year, voting so early on Super Tuesday (March 3rd). We urge readers to follow their consciences—and not the pundits—to vote for whomever they feel would make the best challenger to Donald Trump, and—most importantly—the most effective president. The Editorial Board feels that woman is Elizabeth Warren.

Far-right conservative commentator Ann Coulter tweeted on Wednesday, “Sen. Warren has convinced me that Bernie isn’t that worrisome. He’ll never get anything done. SHE’S the freak who will show up with 17 idiotic plans every day and keep everyone up until it gets done.” While not endorsing Elizabeth Warren by any stretch, Coulter cut exactly to the heart of why Elizabeth Warren is the best candidate for President—she has the ideas and the best chance of  actually getting them enacted.

The Editorial Board and Nate Viotti