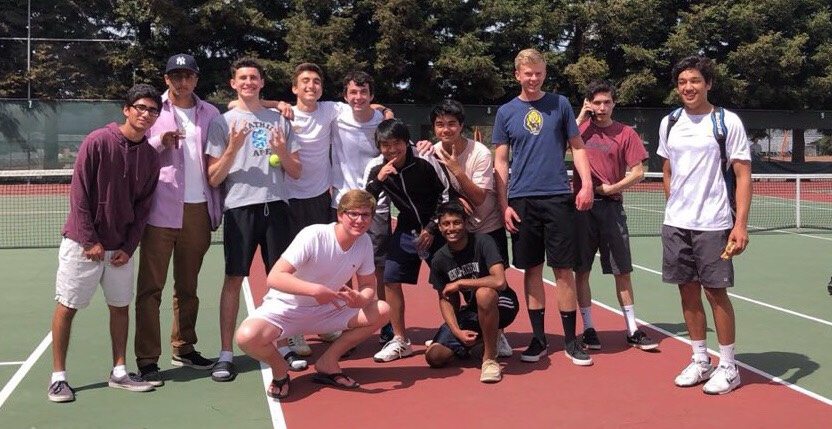 The M-A 3rd Man Club is much more than just some silly old club. The 3rd Man is a way of life for students as they grill, have a good time with their friends and make some friendly banter to rattle opponents in M-A’s tennis matches.

The group is led by senior captains John Gardner, Rayhon Choudhry, Rick Han and honorary chef captain Aidan McKay. The boys start off by assembling together and moving as a unit towards a certain tennis location. Once the grill gang arrives at the match, they pick out certain opponents whose games they are going to oversee. Then the fun begins.

The grill is brought out, and McKay and Choudhry go to work to grill some of the best and only hot dogs the tennis team has to offer. As Gardner states, “the grill gives us supplies and acts as a mediator because if parents get mad at our tactics, we can just give them a hot dog and they have no choice but to cool off.”

McKay adds, “We realized that M-A was severely undermanned and what better way to help the boys than tailgate. The grill is a very important responsibility as I am the true grill master and our club thrives off of the energy it gives off.”

Other storied members of this club include Han, who transitions between being a tennis player on the team and being one of the lead captains for the ever-important grill gang. Han is a integral member as he brings his insight of the technicality of tennis to the table, which meshes perfectly with heckling of the other boys in the club. 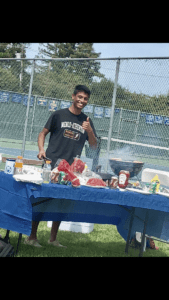 Theo Novak, a close confidant of the grill gang, usually plays in the match that the club targets. The club then heckles the opponent and gets into their head which helps M-A’s team tremendously. One historic day several weeks ago, the grill gang was out in force as M-A went up against the #1 ranked team in the country, Menlo. Since this glorious day, they have never looked back.

The club got into the head of one Menlo’s player as the kid had nine straight serves put into the net and was clearly rattled. Gardner describes the kid as having “negative calves that were thinner than a piece of bubblegum.”

Tennis is a game where your mental ability has to be spot-on as it is a very delicate sport which is something that the grill gang is second to none at attacking. Because of their tactics, M-A was able to win this match and although they lost overall, this win was seen as a step in the right direction for the club.

After the Menlo game, the 3rd man’s Instagram page released this statement, “We lost the match 5-2, but in a way, we won the match 2-5. Years, decades, centuries down the road, when someone looks at the record books, they will see this 2. We are the resistance. Don’t believe in yourself, believe in the air horn that believes in you.” 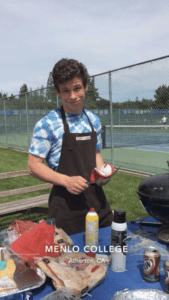 A new air horn is even being tested as we speak and this new item could be put into place in the next match. The dates of the 3rd Man Club’s future matches are confidential as they refused to release them to the press stating that, “Our opponents can’t know our whereabouts.”

McKay’s future goals include getting a few of the tennis players into Wimbledon and having the grill gang join them there in just a few years. McKay also wants to pass on this passion to the next generation as he states, “We are hoping to expand the club so the tradition can keep going. We need to grow the dynasty and help others embody the movement.” McKay also believes that the group may make their next appearance once the Central Coast Section (CCS) playoffs roll around.

Gardner knows how imperative their work is to the tennis team as he emphatically states, “We are not just some club. We are the resistance. We don’t have stupid themes. We aren’t out here for attention. We are here for the W’s and the boys. You handle the physical. We handle the mental.”