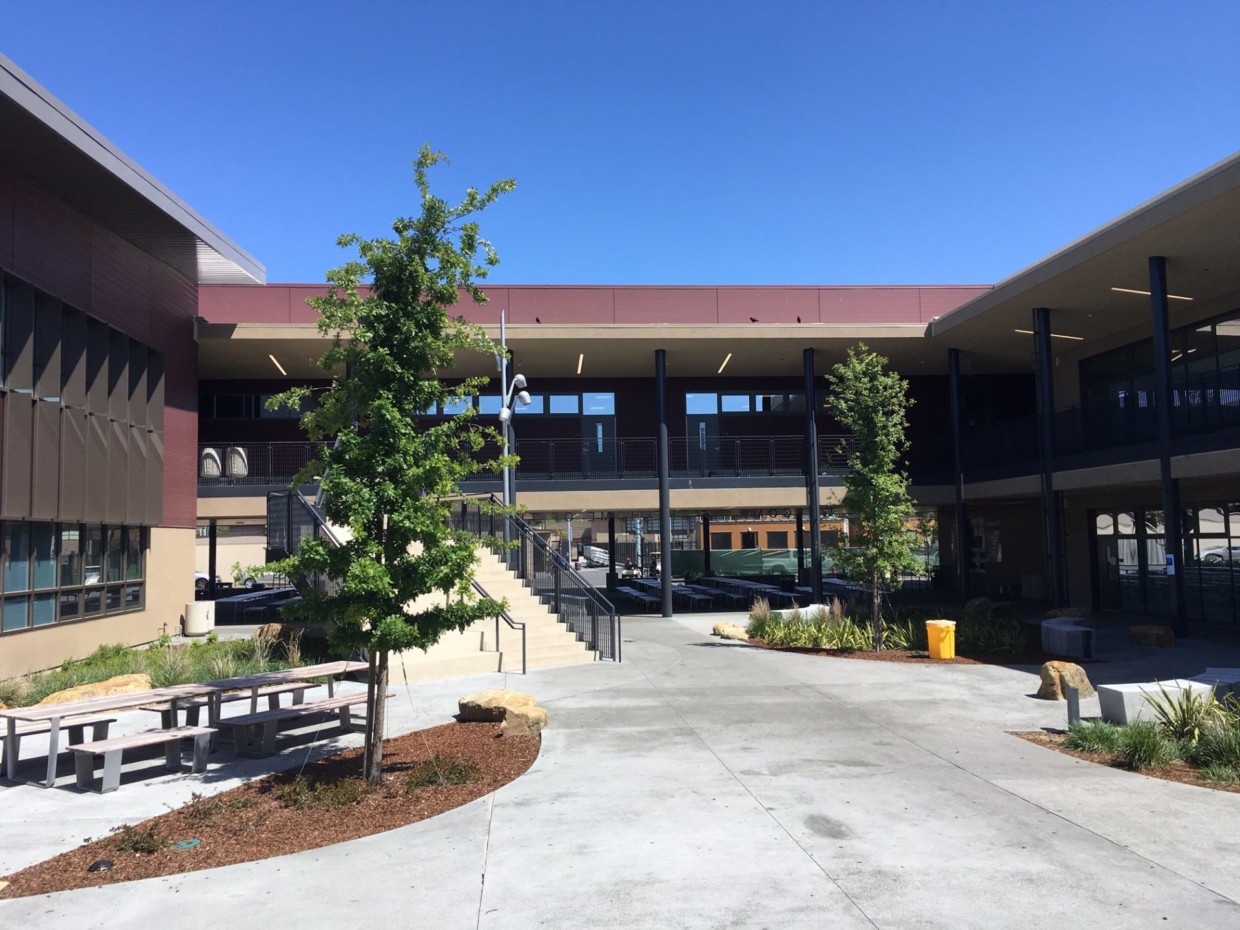 The cold case about cold classrooms

In 2014, Menlo-Atherton’s planning committee began drafting a new building to accommodate the surge in students — however, rapid expansion has led to problems such as ineffective heating units and chilly classrooms. Matthew Zito, Chief Facility Officer at the district office and M-A’s former principal, led the construction process. “Usually people take a year and a half or two years from the time that they decide [to start construction], but we took six months. We put the bond on the ballot, passed it in June, and I started designing the G Wing a week later, because we knew that we were going to run out of classroom space.”

Now it’s 2018, and the effects of such hasty action are beginning to surface. “The school district hadn’t selected its energy management system when we designed the G Wing. The units that provide the heating and cooling, they are called AAON, and they are very challenging to connect to the automated energy management system,” says Zito. In other words, the new G Wing is infinitely more complex than the 1950s-era main buildings, which were heated by a boiler system and pipes that ran under the concrete foundations to the individual classrooms. However, when pipes began to burst, it was impossible to burrow under the solid concrete to fix them. Now there are furnaces in the old wings.

“The energy requirements changed with buildings beginning construction in 2014. The building has to be more energy efficient, and making sure that classrooms have natural light and fresh air circulation,” says Zito. Even seemingly simple additions, such as light switches, can cause potential complications. The new light switch panels are “about seven times more expensive” than the simple on/off light switches present in the old building.

Zito and the staff built quickly because of the rapidly rising cost of living in the Bay Area. “Every year you wait, your [construction] project gets twelve or fifteen percent more expensive,” explains Zito. Since the district funds do not raise at the same rate as the cost of construction, it was the better choice to build quickly. “If we had waited two years, it would have been eighteen classrooms, not twenty-two, and none of the other amenities.” The cost of the G Wing today is nearly double what it would have cost in 2010.

The classrooms above the covered lunch area are held up by a suspended bridge, making room for the tables and open space underneath. Conference rooms straddle classrooms and provide a quiet space for students to work silently. The large bathrooms, one on each story, help to alleviate the crowded bathrooms in the D Wing.

With its recent construction, the G Wing comes with all of the new safety standards that the old wings now lack. “[The G Wing] is actually four individual buildings that are tethered together, but only with a few inches’ gap. So in a large earthquake, all four buildings can move independently of one another,” says Zito. “Though it is complex, it’s also great, because these steel buildings can last a hundred years — they’re durable, they’re strong — but the downside is all the mechanical systems.” In the event of a fire, the buildings may sustain damage, but will remain structurally sound due to the incombustible nature of steel.

It’s all the little things that cause the imperfections in the operation of the new wing. The natural gas units are customizable depending on the classroom, but Zito and the technical support team are “still trying to determine what programming sequences were put into the controller that’s for each of those units — the languages are sometimes different, which causes conflict.” The district has hired additional support to keep all the new systems and controls in check.

Another unforeseen issue comes from what we take for granted: just one lunch period. “Back in the 50s, 60s, people had two lunches,” explained Zito. “One lunch is hard now because we have 2500 kids, but we decided that you should be able to sit with all of your friends. We used to have a seventh period, too, so sports practices were messed up. We got rid of that, even though now we have major traffic and congestion. We decided that we’ll have one dismissal, even though it’ll be more expensive.” 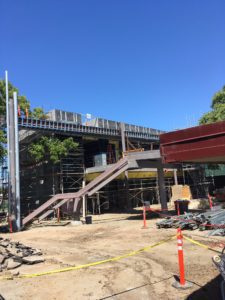 The construction zone for the new STEM building.

The construction isn’t done yet. The STEM building is currently in progress. The tennis courts are in the process of being torn up, and the track will undergo resurfacing this summer. As Zito puts it, “it’s a lot of work.”

M-A’s relatively small campus will soon be insufficient to hold the surge in students coming from the overpopulated surroundings. Near Highway 101 and Marsh Road, a new high school for 400-500 kids is in construction to alleviate some of the enrollment pressure at M-A. “However, that costs a small fortune,” says Zito, “on top of the 15 million from the M-A construction.” The cost of land in the bay area, especially Menlo Park, has skyrocketed with the increase of value and demand by companies such as Apple and Facebook.