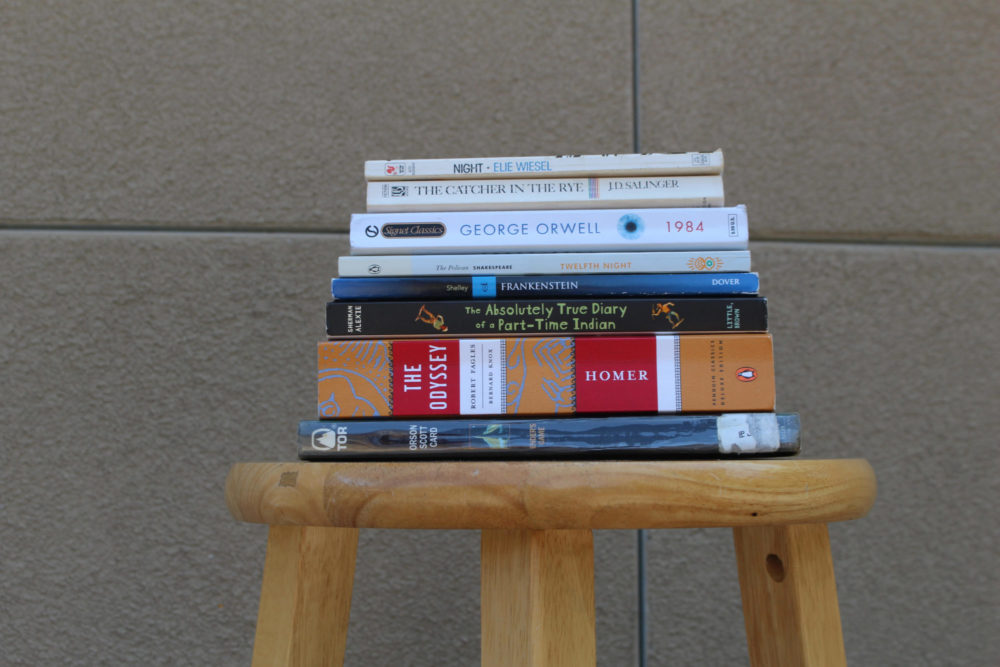 The Bechdel Test Suggests a Lack of Female Representation in Literature

The Bechdel Test is simple, just three rules: there must be two females, they must have names, and they must talk about something other than a man. We decided to test the books taught in the M-A English curriculum and see how they hold up to this minimal requirement. We found that 51% of the English books tested did not pass the Bechdel Test, with only 28% definitively passing. We also made a list of books that we thought only barely passed the test, where just a couple lines made it pass, which came out to be 21%. After looking at the list, female representation in literature seems to be lacking.

The Bechdel Test was created by cartoonist Alison Bechdel to call attention to the lack of female representation within pop culture. The test was first introduced in a comic strip, showing a conversation between two women talking about movie plots.

Bechdel’s comic is usually used for films; however, this evaluation can apply to literature as well. According to AS English II teacher Susie Choe, there is a “lack of representation of female characters of substance in literature.” Mary Robinson, Academy English II, and III teacher, said that the reason for this is that “the literature that we [teach], the majority of it is written by white men.”

We asked the English teachers about how they would improve or change the Bechdel test. Carrie Moore, creative writing and AS English I teacher, talked about small changes that could improve our perspective we read from said, “…two is an arbitrary number, but some books only have four characters in the whole thing, so then half of them have to be women. Instead, I think there should be a certain percentage, that might be a little more fair.”

Robinson added that a different way to evaluate female representation in books is to “redefine the canon and make it more contemporary, I think we can get closer to feminist literature in the classroom.” She also said that it would be good “to see a wider range where women are not just cast in marginalized roles or just facing obstacles.”

“Feminism in literature is a real depiction of women and the triumphs of women as well as what we struggle with.” – Robinson

Moore explained that there are many dimensions to consider when evaluating how well women are portrayed. “I think you should look at what the woman’s relationship [is] to money. Are they financially independent? I think you should also look at: do all the women in the text have to be beautiful, or described as beautiful; what is the expectation of beauty? So if all the women are considered attractive, that may be another form of anti-feminism.”

“Equality only makes our community stronger, and without this lens, it can be detrimental for equality as well as losing a large groups’ voice.”  – Gerth

The Bechdel test does not fully explain the gender bias found in literature. According to Lena Pressesky, AS English II teacher, the Bechdel Test is “un-specific what it means by women talking to each other about a man.” The plot of the story is what changes the perspective, not a single passage that passes the test. The Handmaid’s Tale criticizes a “lack of female agency and [has] strong female characters,”  according to Choe, but barely passes the test because of the abundance of nameless female characters.