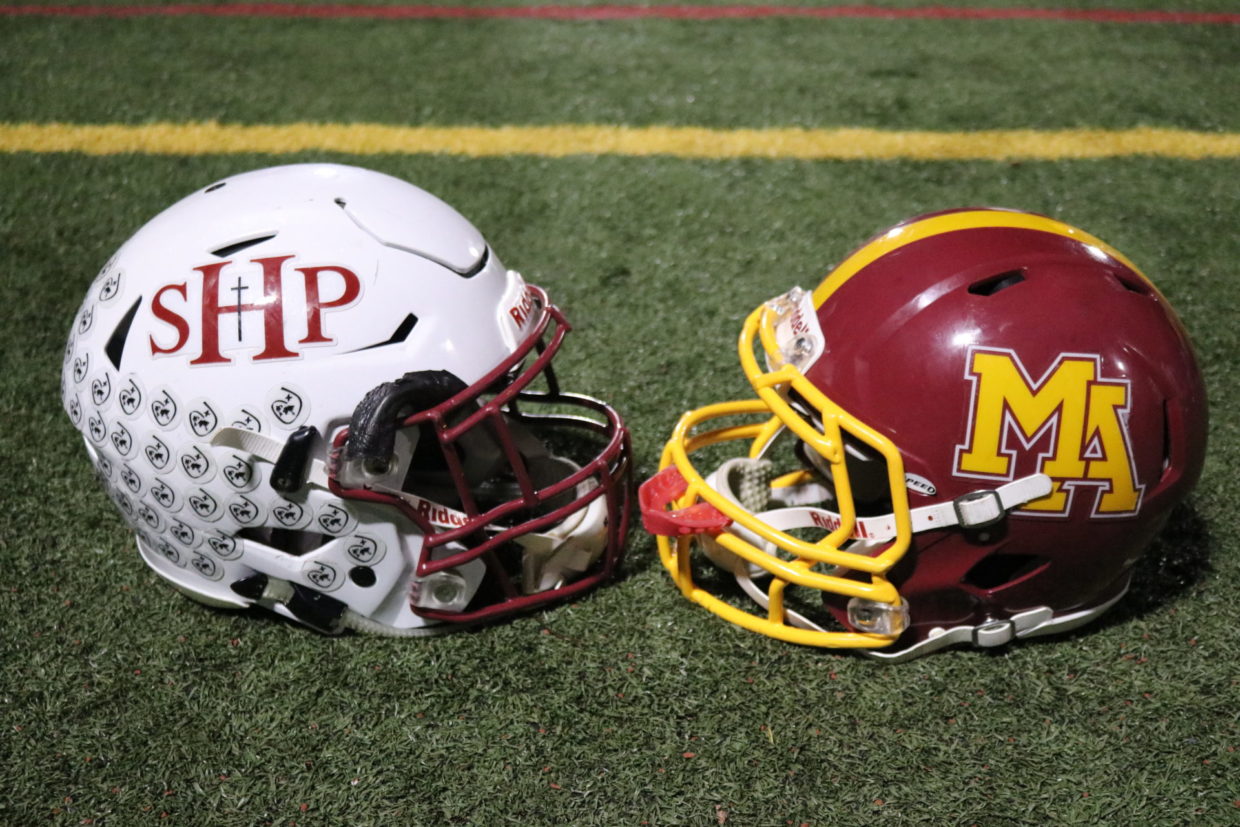 Although the annual Homecoming Football game against Sacred Heart Prep (SHP) ended in a win for the Bears, an incident during halftime raised concerns about the extent to which people take the rivalry between M-A and SHP.

Controversy started before the game had even begun, with Administration banning the 12th Man club from using the ever popular FTP (F— the Prep) chant. At the game, the directive was quickly ignored, as the crowd burst into the chant the moment after SHP was stopped on fourth down. Every time the chant broke out among the crowd, AVPs and other supervisors quickly attempted to stop the crowd. “The administration had instructed us not to use the chant at the beginning of the year” said senior and 12th Man Captain Jake Albro, “Although we complied with the order and the 12th man group never started any FTP chants, I really feel the way [administrators] dealt with it at the game was insane. They are way too focused on how [M-A] is perceived than the actual experience of students who just want to have fun.”

During half-time, even more controversy arose as two freshman girls from SHP, wearing their school’s hoodies, attempted to sit amongst their friends in the M-A student section. When they were spotted by the crowd, chaos broke out as multiple people attempted to forcibly remove the hoodies from them. “It started off as a joke,” said Zoey Berg, one of the girls involved. “However, kids behind me started to pull on my hood and choke me as they tried to take my sweatshirt off. Then people started throwing things at me and one guy grabbed my [hoodie] from my hands and threw it into the crowd. I know it was all meant to be a joke, but some people definitely took it too far.” The girls’ sweatshirts made their way to the bottom of the bleachers where the 12th Man paraded them around and stomped on them. All the while, the crowd chanted “FTP.”

The two girls told the Chronicle that their parents declined to press charges; however, many people expressed concern regarding the incident. “I think it is unacceptable for anyone, regardless of what school they go to be treated that way,” said junior Annika Abdella. “I want to believe that what happened to the girl wasn’t representative of the amazing community we have here.”

Senior and 12th Man Captain Mariah Grover added, “I understand why people got mad about seeing [SHP hoodies] in their student section and wanted them to take off their jackets, but I strongly condemn kids ripping it off those girls because it was way too excessive.”

As the game went into the fourth quarter, and Sacred Heart came within one touchdown of the Bears, the crowd became restless, with chants of “FTP” breaking out more frequently. Two M-A seniors were eventually kicked out of the game for refusing to stop chanting, which raised outrage amongst some in the crowd. One of those seniors, Ethan Mimeles, said “I understand I was being ‘disrespectful’ for yelling ‘FTP’ at my friends from SHP, but I don’t think it’s right for admin to yell at students to shut up and threaten to ban them from future football games.” Midway through the fourth quarter, the administration, led by Athletic Director Steven Kryger, warned the 12th Man club that they risked being banned from games unless they controlled the crowd and stopped the chant. However, both admin and the 12th Man were powerless to stop the crowd as SHP turned the ball over on downs, sealing the win for M-A and causing the crowd to break out into even more frenzied chanting. 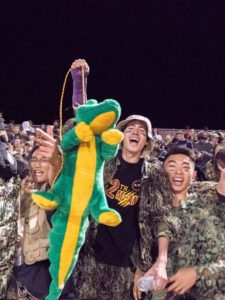 Ethan Mimeles holds a gator on a noose.

Even with all the tension, both SHP and M-A students expressed hope for a more respectful future at athletic contests. “I don’t want this one incident to ruin the game and all the fun we had together” said Albro.

Junior Bianca Johnston added on, saying “I think it’s important for us to remember that, while we do have a rivalry with SHP, it is not something personal. Almost all of us [at M-A] have friends who go there, and many of us went to middle school with these people. We are all part of the same community, and athletic competitions between us are just that: competitions not wars.”

Fellow junior and SHP quarterback Teddy Purcell said, “I have many friends who go to M-A, and I hope we can put this whole incident behind us. I can’t wait to play M-A at basketball!”