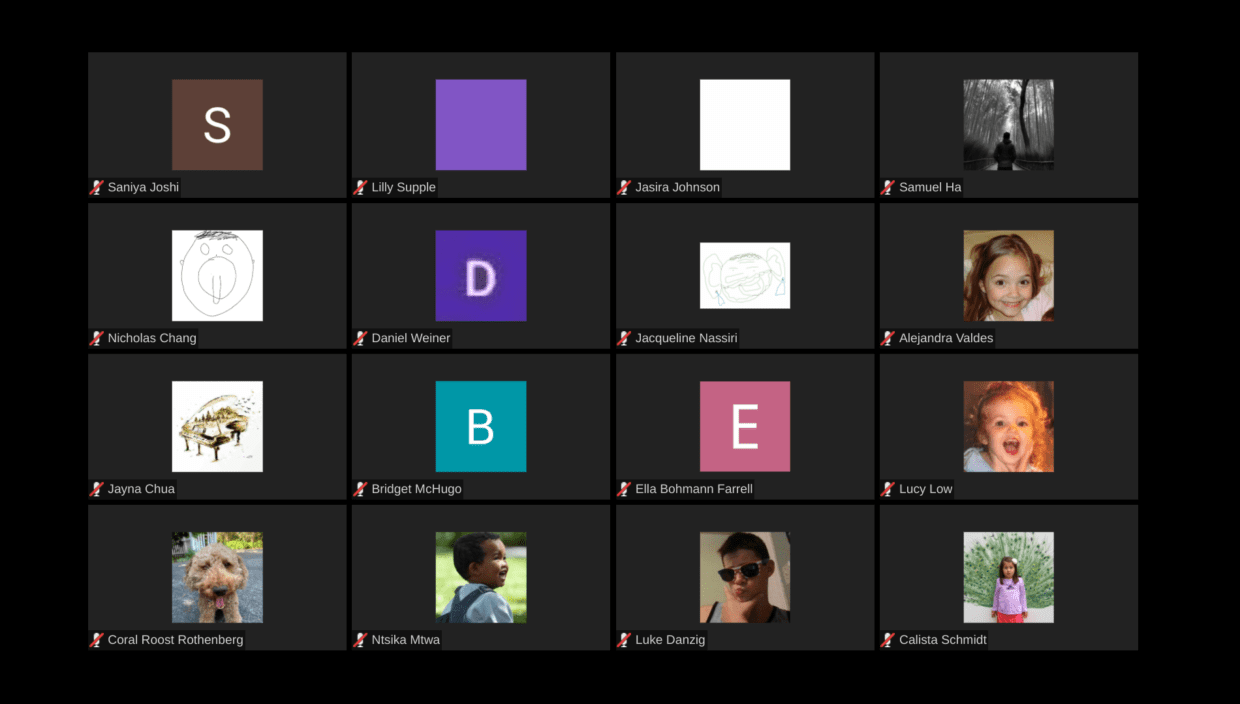 With the acceptance of virtual school as the new normal, teachers have only been able to see and engage with their students through a screen, a platform reliant on students turning their cameras on.

“Students at the beginning of the year had their cameras on much more often, and then slowly the world turned black. I understand why this happened, and while I would like this not to be the case, I’m not sure I can do much about it,” said Susie Choe, an AS English teacher.

“Would I like to have all my students have their cameras on all the time? Yes. Do I think it helps build camaraderie and makes school feel more real? Yes. Do I think there is value in students being able to talk to each other face-to-face? Yes. But do I recognize that there are factors that might prevent students from turning on their cameras, such as situations in the house, the awkwardness of Zoom faces, and discomfort in an online setting? Absolutely,” Choe added.

Teachers believe being able to see students to be a key aspect of building community. Jackson Shaad, Modern European History and World Studies teacher said, “It’s so great to see actual faces on Zoom. While my students might be surprised to hear this, I didn’t get into teaching because I love to hear myself talk all day long. I am motivated by the opportunity to feel like I’m a part of a community of people working to learn from each other and make our world a better place. That sense of community is really hard to ‘feel’ when we can’t see one another.”

Aside from the contributions to both the community and interpersonal relationships, cameras play a key role in the quality of education students receive. “The biggest hurdle for me as a teacher when I don’t see students isn’t that I think they’re disengaged or that I think they’re ignoring me. It’s that I can’t read their facial expressions to tell me that they are confused about a topic, and I can’t see them nod/shake their heads to show me that they understand and are processing information. In a whole-group setting, I don’t need students to turn on their cameras so they can see each other. I want them to have their cameras on so that I can better gauge how my content is reaching them,” Choe said. Teachers lack immediate feedback from their students’ facial expressions and reactions like they traditionally receive at school, and the only substitution they have for it is received via Zoom cameras that are often turned off.

Because of longer classes and less movement, focus and attention span are being strained now more than ever. Many teachers believe the remedy lies in turning cameras on to boost engagement. Shaad said, “I know that when I’m in a Zoom meeting, I’m much more likely to be paying attention if my camera is on and I know other people can see me. Once my camera’s off, the temptation to step away from my computer (either physically or mentally) becomes a lot stronger. For students hoping to improve their focus and engagement this semester, I challenge you to turn your camera on more and see if that helps!”

Despite the many both social and academic benefits of turning cameras on, there are many obstacles preventing students from consistently having them on during class. “I recognize that having cameras on isn’t always an easy choice for some of my students. If internet is spotty, cameras might actually cause a lag in Zoom. I also grew up in a house with 4 wild brothers and know that I would not have wanted my classmates to see the chaos of my house when I was in high school, so I can empathize with kids who aren’t comfortable on camera,” Shaad said.

To bypass class pressure and other obstacles, teachers have reassessed their experiences from first semester and instituted new camera policies going forwards. “My camera policy this semester is that I ask all students to turn on their cameras at the beginning of class for just a minute so we can all say hi to each other, wave, and be a real community. Then, I tell them they can turn their cameras off. In exchange, I ask that they turn on their cameras with each other in breakout rooms, though, as I’ve said before, this doesn’t always happen.” Choe said.

Similarly Shaad’s policy also centers around community building. “This semester, I’m trying to have specific periods of class when I ask all students to have their cameras on if possible, particularly during class discussions, group work, breakout rooms, etc. If we’re working together on something, it’s really helpful to see each other.” Shaad said.

Other teachers, like McMills, have taken a more rigorous approach through academic incentives. “This semester I am trying to get students to keep their cameras on by giving participation points. So far most students have their cameras on.” However she will not penalize students who can’t turn their cameras on as a result of wifi or computer issues.

In summation Choe said, “The camera question is complicated. I know what I want, but I know why students are doing what they do. I can’t hold it against them. I get it. But that doesn’t mean I stop asking for cameras to be on, either.”