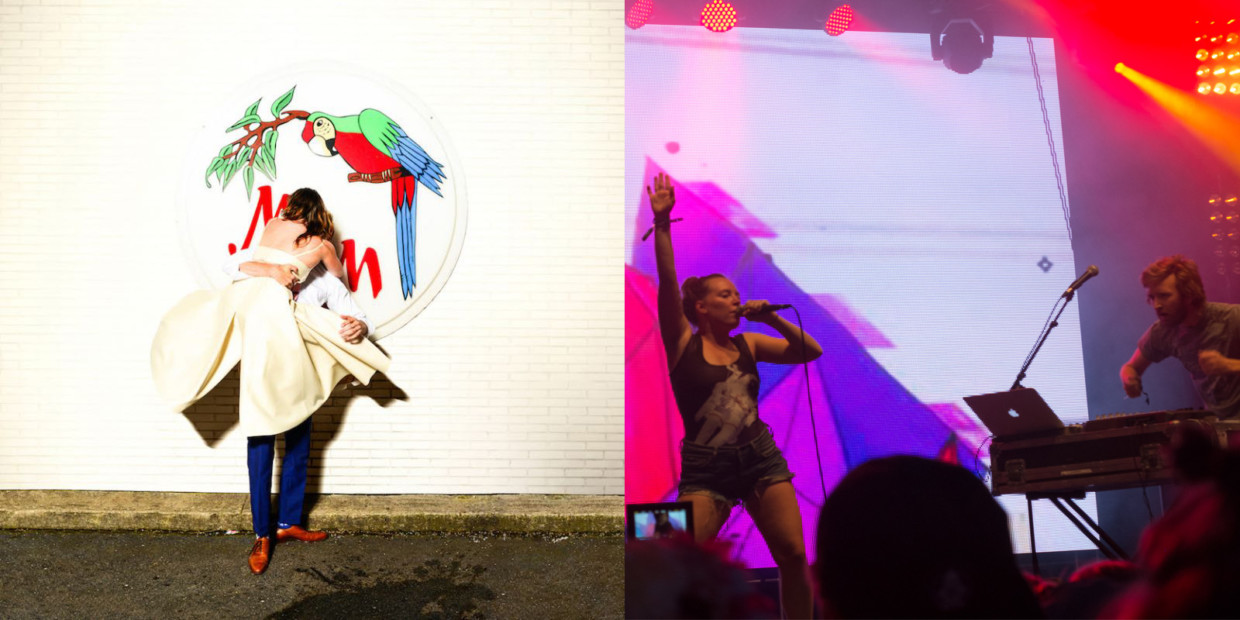 Indie pop is one of those genres that you would expect to be much more popular than it actually is. Besides Foster the People and some select others, Sylvan Esso is one of the few indie pop acts to not only have crossover appeal, but to maintain a dedicated fanbase as well. Released on April 28, the duo released ‘What Now?,” the widely anticipated followup to 2014’s eponymous debut.

Overall, not much is different from what the band has been doing for the past couple of years; the lead single, “Radio,” which was released in fall of 2016, sounded like it could have been a late single from the band’s first album. This is not necessarily a bad thing though. Maintaining the band’s trademark blending of dance beats with non-mainstream tones, indie-inspired vocals, and other non-traditional elements for pop music, Sylvan Esso creates a work on par with the duo’s debut work. This niche in the music scene is still quite underdeveloped and nothing on this new album comes out as stale.

Picking up pace, the second track “The Glow” begins with a driving modulated acoustic guitar, upbeat drums, and lush synthesizer lines. The contrast between the snappy drum machines in double time and modulated instrumentation with the background acoustic guitar creates one of the most standout sounds on the album.

Following this track is the most recent single from the album, “Die Young,” a brooding track with a pronounced half-time synthesizer riff in chorus that is one of the catchiest parts of the entire album. The near absence of instrumentation in the verses of the song makes this keyboard line stand out that much more. The first single off of the album, “Radio,” comes next, which peaked at 28 on Billboard’s Adult Alternative Songs chart. A profane and biting indictment of the current radio industry, singer Amelia Meath sarcastically chides the actions of sellout artists who compromise their artistic integrity for a wider audience. Characterized by a dance-inspired beat, catchy hook, and yet another brilliant synthesizer riff, “Radio” is a highlight of the album despite the duo playing its sound safe.

Sadly, the next song, “Kick Jump Twist,” is the low point of the album. Containing almost nothing overtly catchy, the song is made of a variety of beeps and boops that are completely out of time with the rest of the instrumentation. The song also has a dubstep-inspired breakdown that follows each chorus, a dated touch that has little to no place in an album released in 2017.

Luckily, the following track “Song” is much more entertaining than its basic title would suggest. A fast-paced acoustic number (of course, still interspaced with growly synthesizers and drum machines), “Song” is one of the most heart-felt parts of the release. The song crescendos throughout its runtime, each new layer adding another dimension of emotion to it.

The two next songs, “Just Dance” and “Signal,” are by no means bad tracks, but they don’t really stick out very much in the context of the album. Of the two, “Signals” is the catchier and has received a decent amount of airplay since the album was released. After these two, the penultimate track “Slack Jaw” comes as the most quiet moment of the album. Almost a cappella, the only instrumentation is the subtle stab of a keyboard every couple of seconds.

The closing number, “Rewind,” features a jungle rhythm played on what sounds like metal buckets over much of the track, an interesting departure from the drum machines that the band is known for using so much. Producer Nick Sanborn’s final departure from relying on synthesized sounds is a very nice way to end the album.

Overall, Sylvan Esso’s “What Now?” is an incredibly well made followup to the pair’s debut. Progressing its sound just enough to make this new LP stand on its own but not making vast departures from what Sylvan Esso has been doing for the last four years, the duo delivers a very solid album with few lowlights.