Oral arguments for the Friedrichs v. CTA case, concerning the legality of Fair Share union payments, were recently heard in the United States Supreme Court on January 11. The court’s ruling is expected within the next few months and the court must issue its ruling by June 30.

This case is relevant to education both at a national level and at M-A because 23 states including California still allow unions to collect Fair Share payments, money contributed to unions to pay for representation. The Friedrichs lawsuit, if accepted, would ban such fees.

The issue lies in the disagreement between unions, represented by the California Teachers’ Association (CTA), and non-union workers over Fair Share payments. Because unions— whether for teachers, nurses, or other workers— are legally required to represent all workers in their field, the unions mandate fair share payments. This means unions can require all teachers, regardless of union membership, to pay for

their share of the collective bargaining from which all benefit. In the 23 Fair Share states, unions practice strict enforcement of these fees because they argue that workers should pay for the union protection to which they are legally entitled.

On the other side, non-union teachers argue that such Fair Share payments violate their first amendment rights because they may be ambivalent toward the union’s goals or disagree with the union. In the 27 states where enforcement of Fair Share payments is banned, teachers have more freedom both with their finances and with their curriculum. In essence, the conflict boils down to whether teachers place greater value on their individual freedom or on protection for workers as a group.

M-A teachers shared their views on this controversial court case and explained the facilitation and negotiations of the local teacher union, the Sequoia District Teachers Association (SDTA).

Alan Perry, a history teacher who previously lived in Georgia, a state that does not allow Fair Share payments, drew important distinctions between the Fair Share and free union systems. “In Georgia, schools operate on a ‘right to hire, right to fire’ system that provides the individual with all the power. At M-A, all the teachers are part of the SDTA and receive protection and employee benefits as union members.”

Perry addressed the common misconception about unions that “bosses and unions argue all the time. Most of the time it’s just negotiations.” In fact, the union does not limit its discussions to wages and benefits but instead tackles a wide variety of issues including “how many students should be in a class, funding for certain programs, how many leaders teach in special education, how to deal with bad student behavior, enrollment growth” and many other topics.

According to Perry, the teachers’ responsibility in the union is “to participate and listen in discussions about what the goals of the union should be.” The teachers discuss their negotiating points to bring up in conversations with the school administration, who in turn can make necessary reforms to meet the needs of students and teachers.

Perry pointed out that the union receives some of its bearings through the student body via “surveys [that] indirectly influence the decisions of the union.” These student polls play an important rule in helping the union focus on pressing relevant issues.

Tania Kranzler, English teacher, commented that the union’s negotiations “very much involve students. By representing teachers, by default [the union] represents students because teachers are the most connected with students. Happier teachers translates to happier students.”

Kranzler, also the vice-president of the SDTA, described how the court case would affect the SDTA if passed in favor of Friedrichs. “We’ll feel it the most in signing up members every year. It would take away efforts from our work and our primary mission would become signing everyone up. [Consequently], we won’t get the same percentage of membership, dues will go down, and we won’t be able to afford a stipend for the president [of the union].” A decision supporting Friedrichs’s case would affect the productivity of the union because it would force members to focus more on membership than on collective bargaining.

Patrick Maier, music teacher and building chair of the SDTA, expanded on the consequences of the possible Friedrichs ruling: “If Friedrichs is upheld, then there will be BUMs (bargaining unit members) who can elect not to join and not to help fund the union but who will still reap the benefits of that representation and those negotiations. It’s like having their cake and eating it too – they would get a free ride on the backs of the people who pay their dues.” This repercussion would also leave the union with less money to facilitate its operations, which would reduce the union’s ability to protect its members.

Maier outlined other advantages of unions that might be lost due to the Friedrichs case, “such as liability insurance, legal representation, and eligibility for CTA-sponsored programs like disability/life insurance, home/auto insurance, etcetera, at reduced rates, and the more general advantages such as unity, strength in numbers, ability to negotiate, ability to protect newer members who do not yet have job stability.”

Kranzler added that “the really nice part about having a union is communication. We feel that our communication with administration is very strong.” This relationship may not be possible if Fair Share payments are banned in California.

Although schools in a majority of other states function on a system without Fair Share payments, the Fair Share system proves beneficial to both the teachers and students at M-A. Because the decision must be announced by June 30 at the latest, the Supreme Court’s decision may be felt as early as this year in the M-A community. 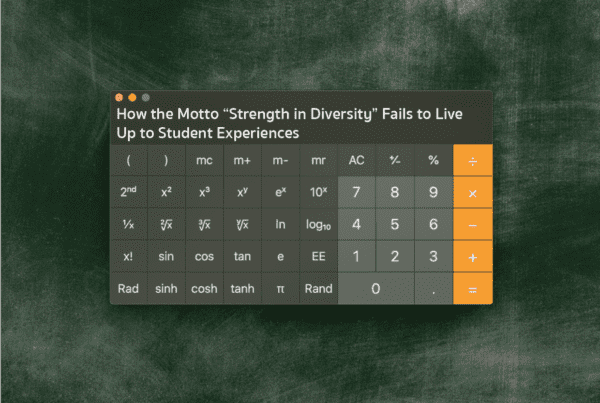