Studying abroad provides an opportunity to experience other cultures and broaden one’s horizons. Many students find that living temporarily in a foreign country allows them to absorb the culture that surrounds them and explore a newfound independence that comes with being isolated from their homes and families. As a result, students may find themselves with new perspectives and a different understanding of the world. Often, students leave hoping to learn about the country they are bound for and return having also learned about themselves.

Last year, these M-A students studied abroad, and while their situations were quite different, their stories share a common theme: they both feel changed by their experiences.

Shea Kearns, a junior at M-A, spent just over a year in General Roca, Argentina, a city located in Patagonia, the southern region of the country. Wanting to surround herself completely with a new world, Kearns traveled with the American Field Service (AFS), a program that emphasizes language and culture immersion. Though she had taken Spanish in school, Kearns was not fluent in the language and at first she found herself unable to communicate and express herself. However, even before she became fluent, she was able to overcome the language barrier and forge strong relationships with the people she met.

The close friendships Kearns developed became an integral part of her experience. A typical day involved going to school until noon and spending the rest of the day with friends and her host family. A strong cultural emphasis on conversation and quality time greatly influenced Kearns’ experience as she spent such a large amount of time connecting to others and building relationships. Traditions such as the sharing of mate (a type of tea) provoke conversation and a sense of unity between people and soon became familiar to Kearns, so much so that she brought it back to America and continues the practice with her friends here.

“I [walked] outside and I [was] in danger. Every 23 hours a woman disappears in Argentina. In my city someone would disappear and then a few days later they’d find a dead body in the river.”

Kearns recalls feeling unsafe “at all times” but claims it was just a reality of life, one that she was sheltered from by the community she grew up in at home in California. It was something she had to face, being responsible for herself as a fifteen year old girl in a foreign country. Though Kearns and the other exchange students were all easily recognized as foreigners, Kearns faced some discrimination for being an American. Kearns remembers that a teacher of hers, fueled by resentment for American interference in their affairs, discriminated against her. She also saw sexism that surpassed what she had seen in America; it was more prevalent and more powerful. She stated, “Being a woman there means something different than what it means here.”

“I felt every emotion that could be felt in my life, and I felt it all in that year.”

Despite the issues that could have made her time unpleasant, Kearns believes the positives greatly outweigh the negatives. She recalls having the best experiences of her life in Argentina, and making her closest friends there. To Kearns, life there was more vibrant; it was fuller and more satisfying than the life she had lived in California. Her experiences were varied and vivid, and she enjoyed them thoroughly. Having to return was quite difficult for Kearns, as she created a life for herself in Argentina that was complete and deeply meaningful.

“Parts of me are scattered all over the world.”

Though Kearns only traveled to Argentina, she learned about the people and cultures of many other countries as well. AFS placed 14 exchange students from all over the world in General Roca, and Kearns grew very close to some of them, whose nationalities ranged from Italian to Turkish to Thai. When they were separated, Kearns saw some of her closest friends leave her for their homes all across the world. Connecting with these people made Kearns more aware of global issues and she now knows and loves people who are directly affected by them. With a friend in Istanbul, Kearns worries about news of bombings, calling her friend and hoping to hear that she is safe and well.

“There was so much I didn’t understand until I was completely isolated from where I came from.”

M-A junior Eimile Briggs spent the second semester of her sophomore year in a small rural town in southeast Ireland, Carrick-on-Suir. Briggs went with a program that originated in Ireland, Green Heart Travel, which places students far from Dublin and the other major cities in Ireland to ensure a full cultural experience.

“I chose Ireland because I was always interested in it. It seemed like an amazing place to go and experience a new culture and way of life.”

Briggs decided to go to an English-speaking country because she felt that a language barrier would have prevented her from immersing herself in the culture. She considered going to a Spanish-speaking country, but with only a few months to spend there she worried that she would not grasp the language in time.

Briggs poses with her host family.

“The time I spent there with [my host family] is something I can never forget or would want to forget. They mean the world to me.”

Briggs formed very close relationships with the members of her host family and plans to keep in contact with them. In the near future she wants to return to Ireland to visit them. However, in spite of the close bond between Briggs and her hosts, she often felt alone. At school she was the only newcomer in a class full of people who had grown up together. Though everyone she spent time with was exceedingly kind, she often felt excluded.

“This experience has taught me that including others…makes a huge difference to them and it never hurts anyone to go talk to someone new.”

Her experience being the odd person out made Briggs more empathetic towards outsiders. Now she believes she has a better understanding of what it feels like, and knows the power of an including gesture. In the future, Briggs hopes to be the person who includes others that feel alone.

“When you leave everything you know behind you and go someplace you’ve never been before, you gain a new understanding of the world.”

The coast of Ireland

For more information on the programs mentioned, or if you are interested in studying abroad, visit these websites:
AFS
Green Heart Travel 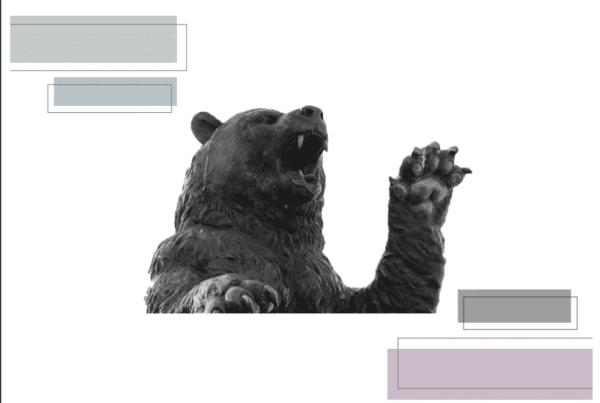