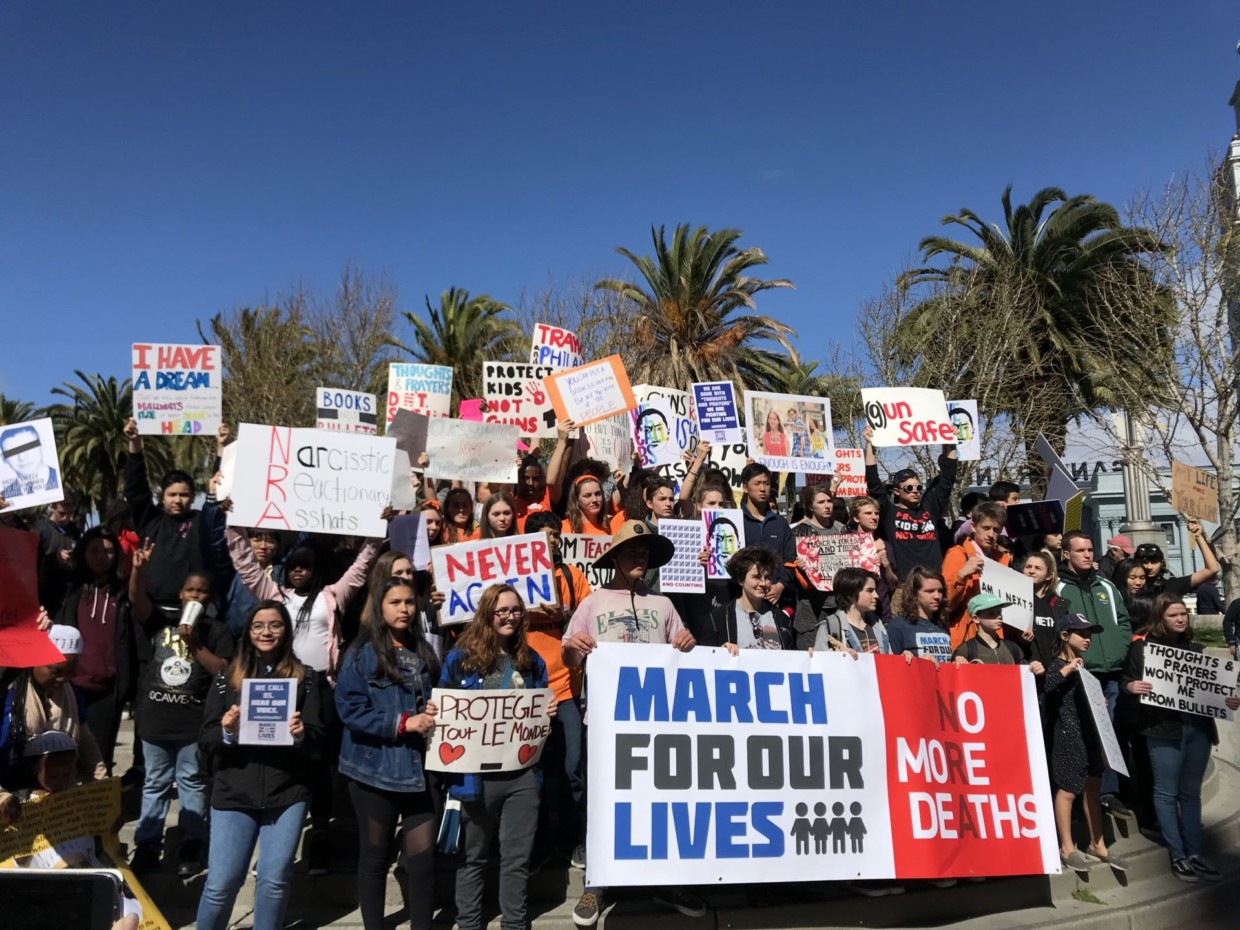 Students Unite in San Francisco March for Our Lives 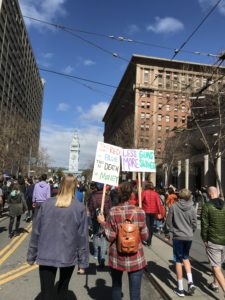 On Saturday, hundreds marched from the San Francisco Civic Center through the city as part of the national March For Our Lives movement in response to mass shootings like the one in Parkland, Florida. People from all walks of life joined together to protest the sale of automatic rifles and push for change to protect the students and citizens of the United States. The San Francisco march came ten days after students from schools across the country walked out in support of Parkland victims.

The Saturday march was a continuation of M-A’s Unity Week activism, and the preceding rally at Civic Center Plaza featured speeches from several speakers including Senator Diane Feinstein who has consistently been an advocate for stronger gun laws and banning assault rifles. Balham Vigil, a youth commissioner of the march and a freshman at San Francisco State University, said before the event, “I want [attendees] to come out with a sense of unity and a sense of duty to fight for their rights — to know that we aren’t alone and we are in this together. I want them to have a sense of unity, most of all.”After the rally, the crowd marched down Market Street — hundreds of signs waved and a series of chants of “We vote next!” rang out. 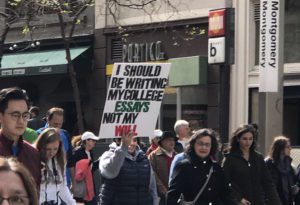 Lots of signs expressed anger and the need for safety at school.

In fact, voting was one of the most important aspects of the march. Vigil expressed hope that people would continue fighting after the march, and said, “As a youth organizer, I want to make sure that this event is more than just an event… I want to make it a call-to-action: we are here and we need to stand united to create change.”

One middle schooler who marched said, “I wanted to come to this march because even though I’m not in high school yet, I will be in a few years and the fact that this has been going on for so long disgusts me. I want to use the power I have to march for those who can’t.”

Freshman Ronan Brosnan had been to women’s marches in San Francisco before, and said he chose to come to March for Our Lives because “I just think that the stuff going on today is so relevant to my life and all my classmates’ lives and it’s gotten to a point where it can’t be allowed to happen again.”

Brosnan marched with his mother, Julie, who teaches seventh grade in Daly City. At her school, there are regular lockdown drills but in the past months there have been several intruder drills, and she says her students are impacted by the violence around the country. “The drills upset the students,” she said, “They’ve been asking, what corner of the room is safest?” 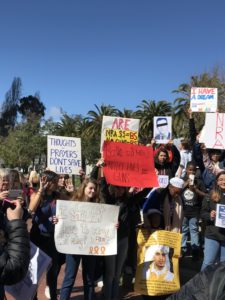 Students displayed their signs after the march.

This year, Brosnan’s students are writing a persuasive essay about gun control, and she says she feels that from the Me Too movement to the women’s marches and now gun control, “There’s been a wave of change, that’s why we’re marching.”

In all, the San Francisco march was truly special; Vigil explained, “San Francisco is a leader when it comes to progressive ideologies in our country. When young people come together in San Francisco it sparks a wave of leadership around our country. All the eyes are on us, we are having the federal government attack us, and this protest is a way of letting them know that no matter what they do we will not be silent.”

M-A students also helped organize the Redwood City rally on Saturday, which was targeted to students and was a more intimate, easily accessible alternative to the San Francisco march. As cities all over the country join in protest, American students will continue to push the government to realize that they cannot wait for another shooting — progressive ideas must be turned into action, now.