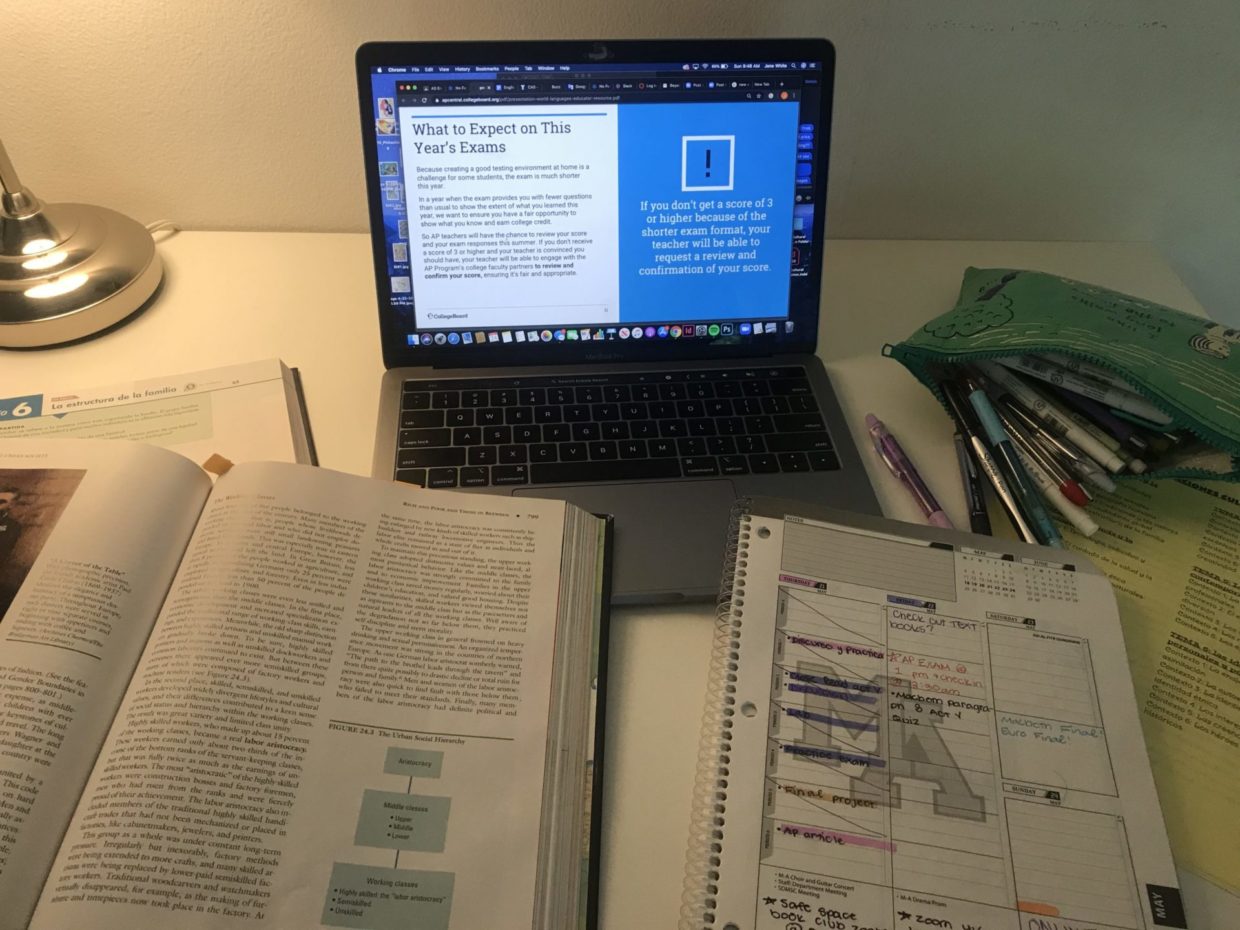 As a result of the COVID-19 pandemic, the College Board accommodated for social distancing  and created abridged AP tests. Students have had mixed reactions regarding the new test format and various have experienced difficulties in a home setting.

While more than 100 universities have confirmed that they will accept the 2020 AP credits, not all universities have provided answers regarding their stance on these new AP tests. The majority of these new tests were shortened to 45 minutes and had as few as one or two questions. Some courses, like AP Computer Science Principles were given a portfolio project, rather than a written test.

Many students expressed relief regarding the shortened version of the AP tests and believed that they were less nerve-wracking than the traditional format. Sophomore Ally Shaw elaborated saying, “I was actually relieved that the tests were a lot shorter because I was less stressed while taking them at home. I also really like taking them at home because I am familiar with all my materials, like my computer.”

Senior Sophia Wendin shared this sentiment, saying, “At first I was nervous that they’d make the tests really hard since they’re shorter and open-note, but when I took them I was relieved because they were way easier and less annoying than the normal tests.”

Nevertheless, others were disappointed by their experiences and the format of the tests. Sophomore Emily Olson said, “I was a little disappointed just because all the work we put in all year came down to a single 45 minute essay,” regarding her AP European History Exam.

Not only that, some students, like junior Maeson Linnert experienced a glitch while taking their exam and had to file to retake it during make-up testing in June. Technical problems and discrepancies in test-taking environments have been very common. Maeson said, “It took me another 15 minutes to find the proper link on the actual college board site (not the link in my email) and I ended up with 15 minutes to complete and submit question 1,” regarding technical difficulties on the AP Calculus AB Exam.