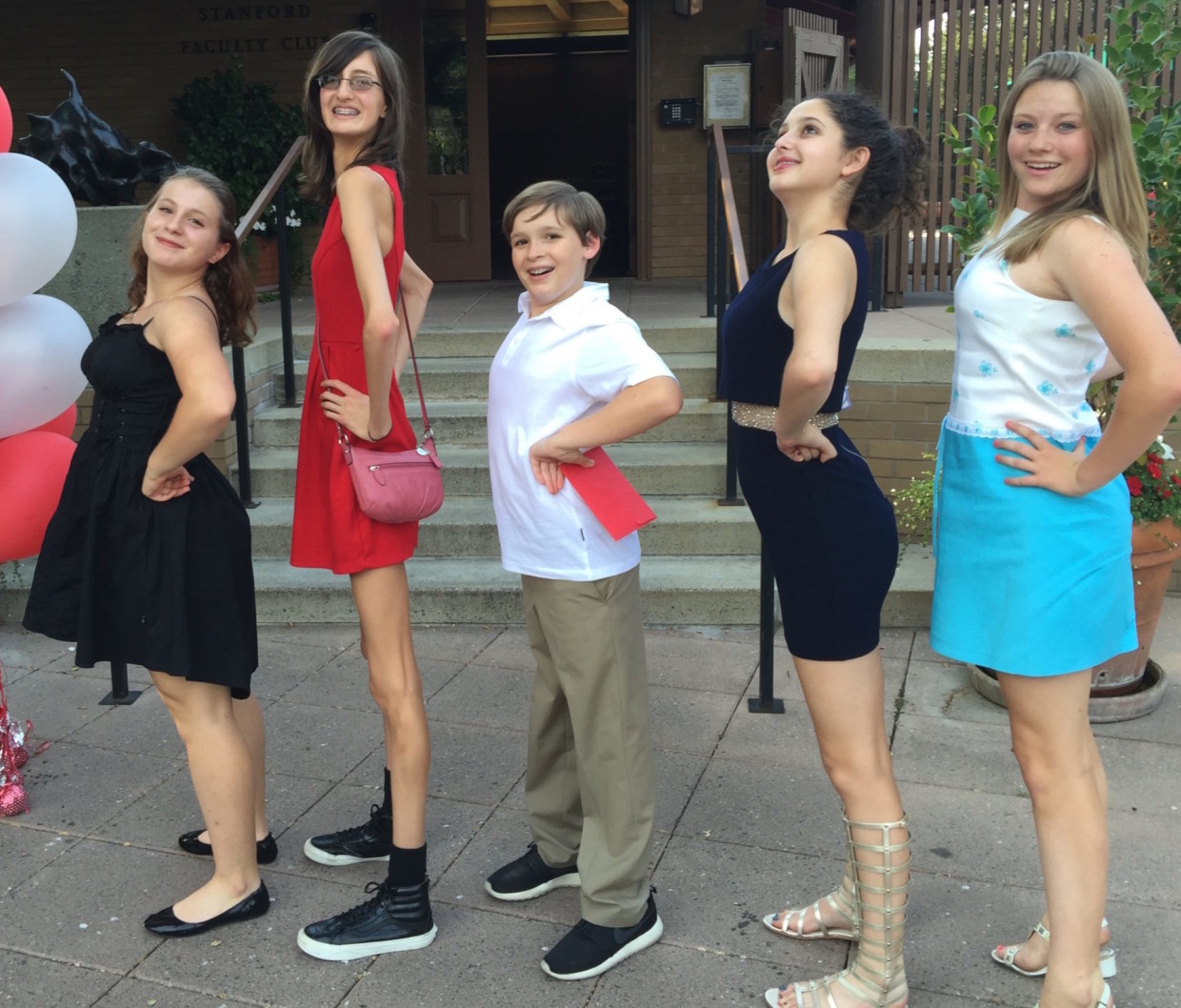 What is Marfan syndrome? Most people haven’t heard of the disease and for good reason. About 0.0006 percent of people in America have Marfan syndrome, with less than 200,000 cases reported every year. However, Marfan syndrome has been present in America’s history, as President Lincoln was rumored to have the disease. His height and supposedly longer hands could have indicated that he had the disease.

Christina Ikonomou, a sophomore at M-A, is one of the few people in America living with Marfan syndrome. People who have Marfan syndrome all experience different symptoms, and to different degrees. Common symptoms include poor eyesight, and being very tall. Most of Ikonomou’s symptoms relate to her back, heart, and eyes. Deficiencies in connective tissue in these areas can lead to a wide array of problems, anywhere from scoliosis to death.

In regards to her eyesight, Ikonomou claims it’s “pretty awful.” Her eyes are rated -13 on one side, -17 on the other, and her vision is 60/270. Ikonomou has many daily problems that come up in regards to this poor eyesight. It can be a problem in reading books, looking at her phone, or even reading the board in class. Ikonomou often has to make her glasses touch the screen of her phone or the book she’s reading in order to see the words.

Ikonomou also has many problems with her heart, which are much more serious than her poor eyesight. Due to issues with connective tissues in the valves of her heart, blood backflow can happen if her heart is put under too much stress. This occurrence is obviously dangerous, but the characteristic condition of Marfan syndrome, an enlarged aorta, makes it worse. Under too much physical stress, her heart could “explode” as Ikonomou puts it, or in formal terms, it will cause massive internal bleeding, and death, without immediate medical action. 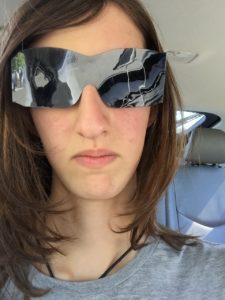 Christina Ikonomou “Looking rad after an eye appointment” as she puts it.

This potential death at physical stress has prevented Ikonomou from participating in many activities over the years. She described her limitations, saying, “I can’t do a lot of stuff because I don’t want to die. I can’t go on roller coasters or things that could be potentially harmful to my body like contact sports. I swim, but I can’t do competitions because of the stress that it will have.”

Ikonomou has also had to adjust her classes due to her disease. She has never taken a P.E. class, and though most of her friends think of that as pretty lucky, Ikonomou describes it in a different way: “Although everyone hates P.E. it kinda sucks that I’ve never experienced what they’ve experienced. They’ll be like ‘ oh we had to run a mile’ and I just don’t know about that. What’s it like? And of course, well, my friends will be cynical and will make fun of me for it. They’ll say like ‘you can’t run, your heart will explode.’” 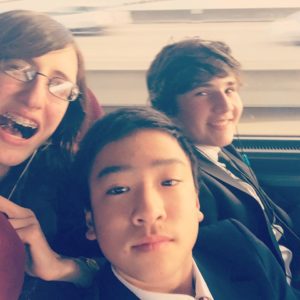 Christina Ikonomou and friends on a middle school band trip.

There are other day-to-day problems Ikonomou described that come with the irregularities of Marfan syndrome. She explained her struggles in finding clothes that fit: “Finding clothes is very hard. Do you know how hard it is to find skinny jeans? What am I supposed to do? I have to get Costco ones!”

Thankfully, Ikonomou has not had any problems with making friends or being made fun of. Though she meets many people who “ask [her] why [she’s] so tall and thin rather than what [she] like[s] doing,” she has ultimately found friends who love her and won’t judge her based on her disease. She has found that “there are quite a few depressed people with Marfan’s, but being the person that [she is], [she’s] moved past that.”

Ikonomou’s world is focused on much more than her disease. An expert saxophone player, Ikonomou made it into Jazz II her freshman year and is now currently in Jazz III. She is one of only two sophomores in such a high jazz class. She believes that her parents had something to do with her accomplishments in music. She explained, “My parents encouraged me to take up music, which was a good idea cause I’ve now gotten into Jazz II and Jazz III as soon as I possibly could. A lot of Marfan’s parents will do this to their children because they can’t play sports or do any activities like that.” 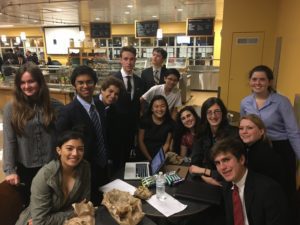 Christina Ikonomou and her debate team after a successful tournament.

Ikonomou also excels at debate, as she has “broken” in tournaments such as Stanford and State Qualifications. To “break” in a debate tournament essentially means to go to the playoffs of that particular tournament. As only a sophomore, this is quite an impressive feat.

Though Ikonomou suffers from this rare and debilitating disease, she has kept her world positive, filled with the people and things she loves. Ultimately, her disease is not what defines her.