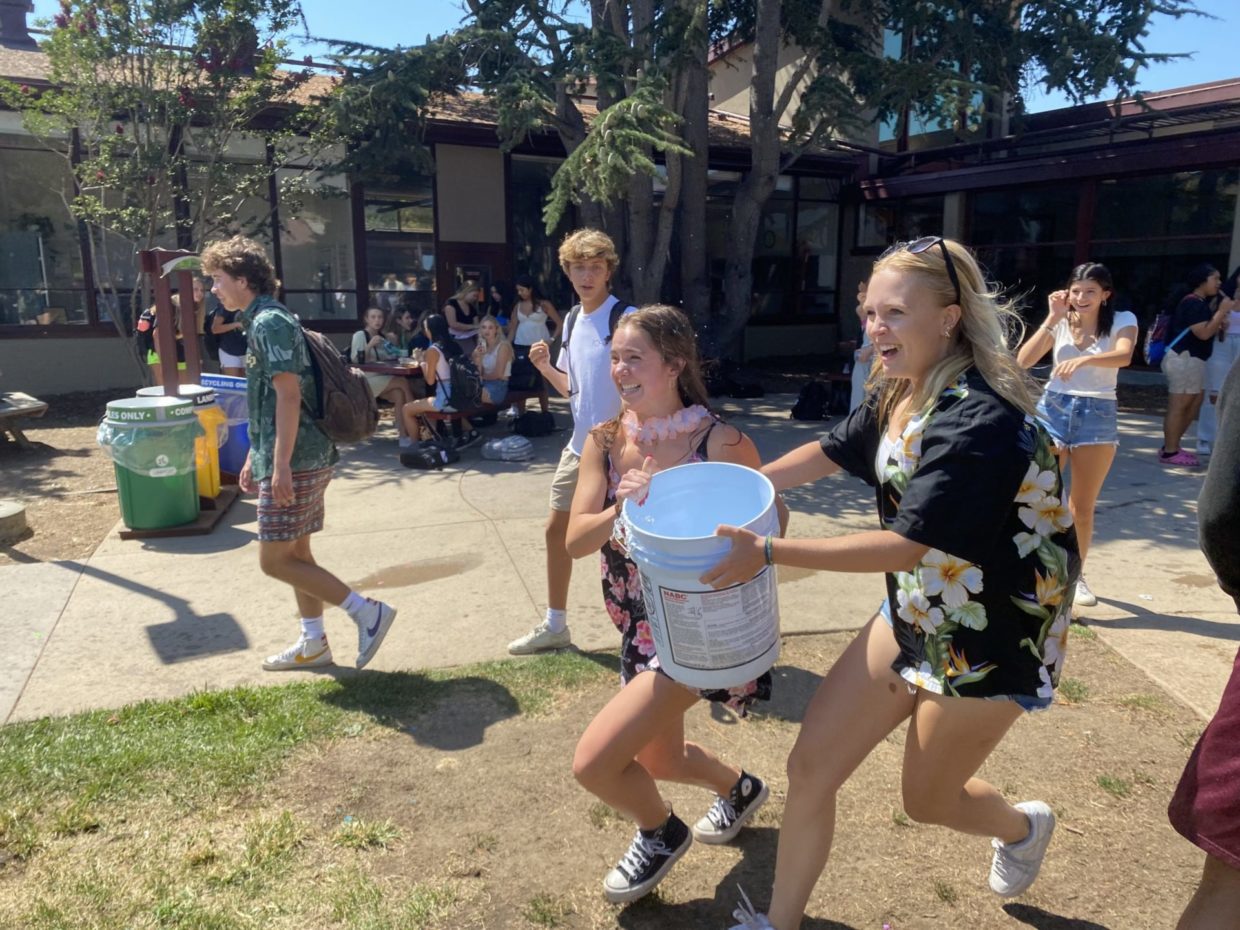 This past Thursday, in the middle of the triple-digit heatwave, students found buckets of water balloons scattered around the Green at lunch. Leadership’s initial idea of having a water balloon toss quickly turned into a chaotic water balloon fight as friends splashed each other, waved bubble wands, and had a great time.

As temperatures spiked and student morale plummeted, especially with the lack of classroom air conditioning, Leadership student and sophomore Ella Thomson decided to take action. Thomson organized the event to both cool down and cheer up overheated students. Thomson said, “The idea was that since there’s really hot weather, we’ll just put out some water balloons for everyone.”

Water balloon fighter sophomore Yael Stewart commented, “it was much-needed on such a hot day.”

Thomson explained, “We were planning on a field day event for later in September. But then the heatwave came. And we just figured we’d do something fast this week. We thought water balloons would be an easy way to get some relief from the heat.”

Senior Sina Maghsoodnia said, “It was very exciting. I was protecting the balloons when everyone was just pushing past.” He added that the event would be even more fun with “more balloons and more people.”

The playful water balloon fight quickly escalated into an all-out war, with students dashing across the Green with water bottles, jugs of water, or balloons and soaking their friends. Some students slammed the balloons on others’ heads or chased them into the halls. This led Leadership teacher Michael Amoroso to intervene by removing the big jugs of water-filled Gatorade coolers. Thomson said, “We should’ve known in advance because high schoolers are a little bit crazy. Honestly, as long as nobody feels bad about getting hit and people had a good time, then I’m happy.”

Sophomore Kasey Prober participated in the water balloon fight with her friends and said, “It was so fun! It was the best and it really cooled us down.”