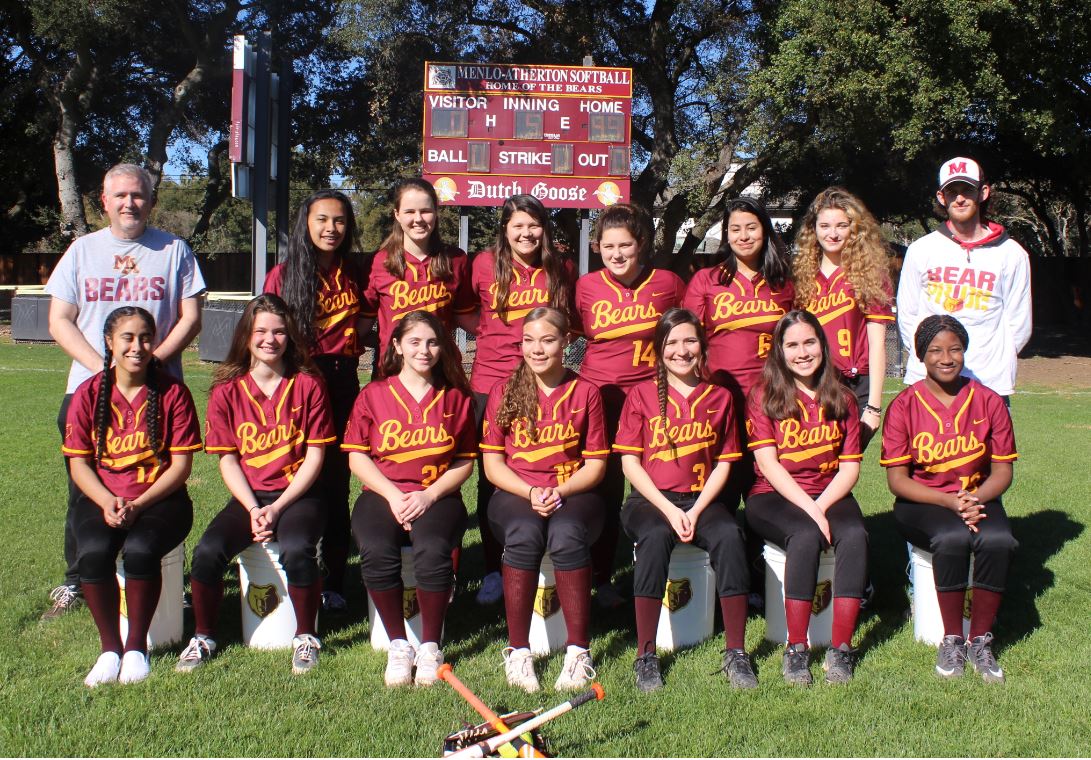 Softball Struck Out due to Shortage of Players

The girls softball season ended early this year due to a roster that could not reliably hold nine girls, the minimum necessary to play a game. The team was first forced to forfeit a PAL match against Sequoia on April 10 when several players got injured, bringing their record down to 1-2 for league. The team, which began with 14 girls, began to shrink after they hit “a perfect storm of a multitude of issues that depleted [their] ranks” according to head coach Tom Kemp.

Ideally, a team carries what M-A had at the beginning of the season: 14 or 15, to allow for substitutions, injuries, and illness. “Our numbers at practice would vary,” said Kemp. “Before our season ended, we would have seven girls one day, ten the next.”

Kemp would not know how many players were eligible and ready to play until the day of the game. “And if it’s an away game, you have to organize transportation, officials, and you can’t just call the game half an hour in advance. We had no buffer.”

“It was nerve-wracking, because that meant no one could get injured during the game,” said senior captain Laura Kirk.

Kemp said that the reason for few girls trying out could be due to the lack of softball programs before high school. “For baseball there’s little league, for elementary and middle schoolers, but for softball, if you want to play, you join the Redwood City or Palo Alto leagues, which are farther away.”

This year the softball program received new sheds, equipment, and upgraded fields. “We’ve invested heavily in the team,” said Kemp. “But the good news is that next year, there should be some strong incoming freshmen, and we are quite excited by the development of some of this year’s freshmen players.” With new players, plus “4 juniors who were starters,” the softball team will hopefully have a successful season with sufficient girls.

Several of the players from the disbanded team are still practicing on the field this spring to prepare for next season.