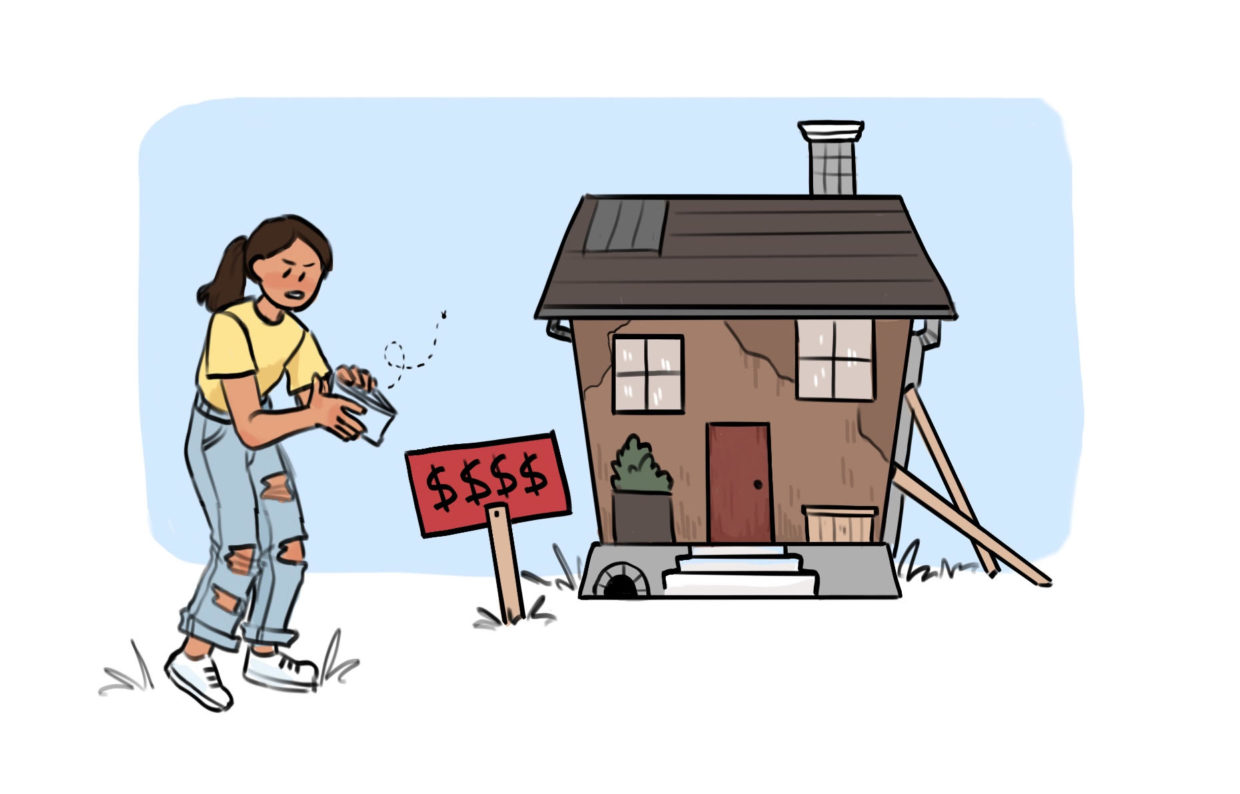 So You Think You Can Live in the Bay Area…(Sike!)

As M-A’s senior class enters their final week of high school, many are thinking about future plans. Whether it be in college or the workforce, for those hoping to settle in the Bay Area as young adults, this idea is a worrisome topic — the cost of living in the San Francisco metropolitan area is currently 62.6% higher than the national average.

In the 2018 consumer price index (CPI) report released by the U.S. Bureau of Labor, the CPI in the Bay Area increased 4.5% in the calendar year — up 3% from the year before after a decade of relatively low increases. In simpler terms, inflation has come to the Bay Area, and is a major contributor to the spike in living costs.

But this is not a only a Bay Area problem, it’s California’s as well. Economists blame a statewide rise in gasoline prices as the cause of inflation. Jamie Court, president of Consumer Watchdog, told the Mercury News that, “[The increase in gas prices is a cost] for restaurants, for delivery companies, grocery stores, for furniture companies; it makes everything more expensive.”

The impacts can be seen throughout the Bay, where gas costs on average $4.08 — two dollars over the national average. The cost for dining out, as well as for typical grocery products, are often double in the Bay Area compared to the rest of the country.

Although it’s probable that gas price will stabilize in the coming years, the cost of living in the Bay Area isn’t likely to fall. Silicon Valley companies are increasingly outsourcing labor from other states and countries. These newcomers often having high paying jobs, and therefore are driving the housing market to astronomical levels. According to SmartAsset, the average rent in San Francisco is $2950 a month — $525 more than the next highest U.S. major city, New York, at $2425. The same pattern can be found in parts of Marin, San Mateo, and Santa Clara Counties.

The volatility of the housing market has forced the migration of many, particularly low income residents, out of the Bay Area. A report by Beacon Economics on the migration patterns of the greater San Francisco area identified the majority of those leaving as “concentrated in lower-skilled, lower-paying fields, namely sales, transportation, and food preparation.”

This phenomenon had many worrying of a significant population loss in the Bay Area. In the long term, this is a possibility, as low-skilled, blue-collar workers will continue to be pushed out by rising rents. This foreseeable pattern could have serious implications on the functioning of everyday society, and has already taken effect in San Francisco where, as reported by the San Francisco Chronicle, a high school math teacher and badminton coach was forced into homelessness by rising rent.

Teachers around the Bay Area share similar challenges, as one Peninsula teacher disclosed during a town hall at Sequoia High School in Redwood City, “I was tight for money… So I started taking up some odd jobs… I [drive for] Uber. I’ve [picked up my former students] not once but three times.” 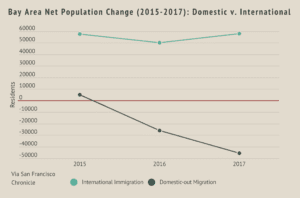 Members of the M-A community understand firsthand the challenges of living in the area, and have experienced the gradual upsurge in cost of living. However computer science teacher Cynthia Donaldson has lived on the Peninsula since the early 1990s, and experienced a housing market estranged from its current standing. In 1992, Donaldson’s rent for a two bedroom, two bathroom apartment in Mountain View was $800 a month, and she was able to buy a house in San Carlos for $300,000 four years later in 1996.

Tomiko Fronk, math teacher at M-A, was shocked to see what Donaldson paid for housing in the 90s — as the average rent and home values have more than doubled, in some cases increased exponentially, since. Fronk, who moved to the Bay Area in 2013 in the midst of the housing market spike, claimed that in her experience the cost of living has risen “substantially, almost doubled,” while she has lived in the area. In contrast to Donaldson, Fronk’s rent in San Francisco in 2013 was $2,100, and today in San Mateo is $3,600. 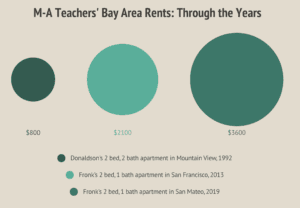 Fronk added that if it was not for her husband’s salary — who works in the tech sector at companies such as Google and Uber — maintaining residency on the Peninsula would be extremely challenging.

Her testimony applies for the majority of people in the Bay Area, where a job in tech, or a high paying profession in another trade, is almost always required in order to live comfortably. But what qualifies as ‘high paying’? In San Francisco, Marin, and San Mateo Counties, the low income threshold for a family of four is $117,000 — dwarfing the U.S. average of $25,750.

Today living in the Bay Area is a daunting prospect, but increasing public attention on improving the affordability of the the housing and transportation of the area could contribute toward stabilizing the cost of living in the coming years.