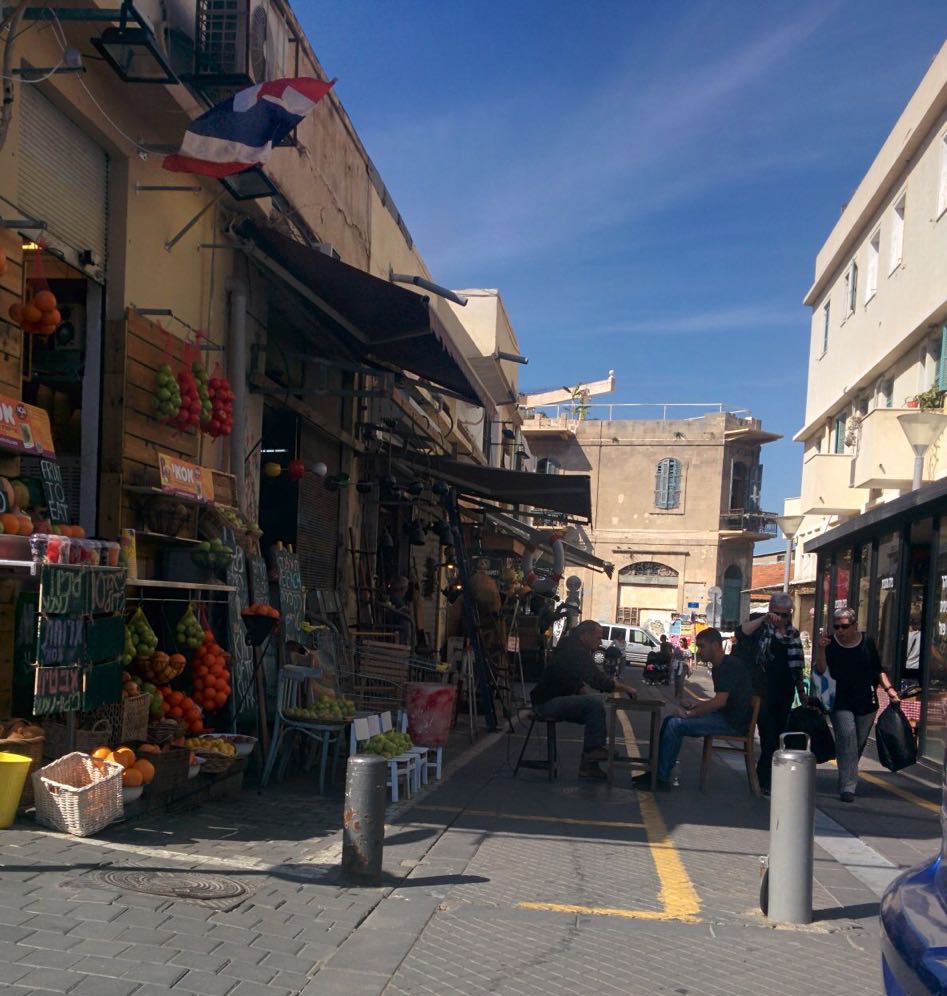 Skype Chat With Students in the Middle East

On the other side of the globe, nestled against the Mediterranean Sea, lies Israel, a country of many religions and cultures. Thea Minea and Dona both live in Tel Aviv, one of the largest cities in Israel. There, they are currently attending an international High School in the city.

Thea Minea moved to Tel Aviv from Menlo Park in 2013. Having lived in the smaller neighborhoods of California, the shift to a big city as well as living in a completely new country was a bit of a shock at first. “California has kind of a peaceful vibe going on” she explained, while “in Israel, people are a bit more aggressive. It’s not an unwelcoming atmosphere at all, people are just very assertive. It’s just not as mellow as in California.”

Traffic in California is a breeze compared to in Israel, where cars often honk even though the light is red. “J-walking is a big thing here” laughed Minea, “you’ll also see shop owners walking across the street and they’ll be on a phone call holding bread or something and just ignoring the traffic.”

Dona was born in Jerusalem, and after living in France for ten years, moved to Tel Aviv. For her, the biggest difference between France and Israel was the independence in transportation. “In France,” she said, “there was a lot of driving around because everything is very far apart, but here you can just take the bus.”

In Israel, the public transportation is easily available, and there are bus lines connecting almost every major city since it is such a small country. Tel Aviv, for example, is only a one and a half hour bus ride from Jerusalem. Both Minea and Dona take the bus to their international school. 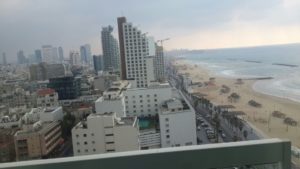 According to Minea and Dona, School in Israel is pretty similar to the education program in the United States and Europe. “Although I am going to an international school” said Minea, “I’ve heard [public schools] are very similar to an American school, if not even more crazy.”

Dona, who attended a public school until switching to the international school described it as “a lot of shouting, a lot of disobeying the teacher, a lot of throwing tables and chairs, a lot of bullying. Just a mess. It’s probably like that in America too, I guess.”

Students from across the world attend the international school in Tel Aviv, creating a blend of cultures and mindsets. “People in Israel are very welcoming towards foreigners” added Minea.

When she tells people she is from America “people are usually just like ‘oh you’re American, that’s so cool, you’re so cool.”

However, Minea admits that there is a slight language barrier between her and many Tel Aviv residents. “I don’t speak hebrew so our conversations have to be in English, so it’s kind of a different feeling, but over all people are very opening, plus Tel Aviv is a very touristy city.”

“There are many parts of Israel, and all of them are very unique” -Minea

In other cities, such as Jerusalem, tension between the Arab and Israeli cultures are significantly higher than in Tel Aviv. Jerusalem, which has great religious importance in Christianity, Judaism, and Islam, has been a point of conflict for centuries. In the 13th century, European crusaders besieged the city, seeking control over the Holy Land. Today, all three religions are practiced in Jerusalem, creating a variety of different people and beliefs. Israel is “very multi-cultural,” said Dona “which I love. And I love the mixture between the Arab and Jewish cultures.” 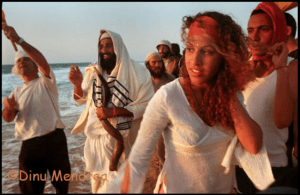 In the recent 2016 election, relations between Israel and the United States were a vital point in both candidate’s strategies. Throughout his campaign, Donald Trump insisted on supporting Israel, especially the controversial Prime Minister Benjamin Netanyahu. Trump promised to increase Israel’s settlement plans and pledged neutrality in the Palestinian-Israeli conflict. A poll before the election showed that 25 percent Israel residents supported Trump, while Hillary Clinton still held the majority with 38 percent. 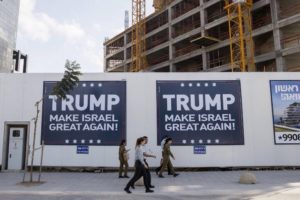 “I remember the day after Trump was elected I was on the bus and I saw posters. ‘Trump make Israel great again.’ And I was like, what’s happening. A lot of people hate him. But those who are more conservative kind of stick with his values. ” Dona pointed out.

“Trump made promises that appeal to some, but don’t appeal to many. At our school there is a really strong vibe against him,” added Minea, “especially since a lot of kids at my school are Arab and [Trump] is really racist.”

Both Minea and Dona agree that the United States and Israel will most likely remain allies in the near future.

“I hope both [U.S. and Israel] stop being shitty countries” laughed Dona, “but they will probably never stop.”

For Minea, one thing does still remain certain: “Israel is a really political and also a really interesting place to live.”