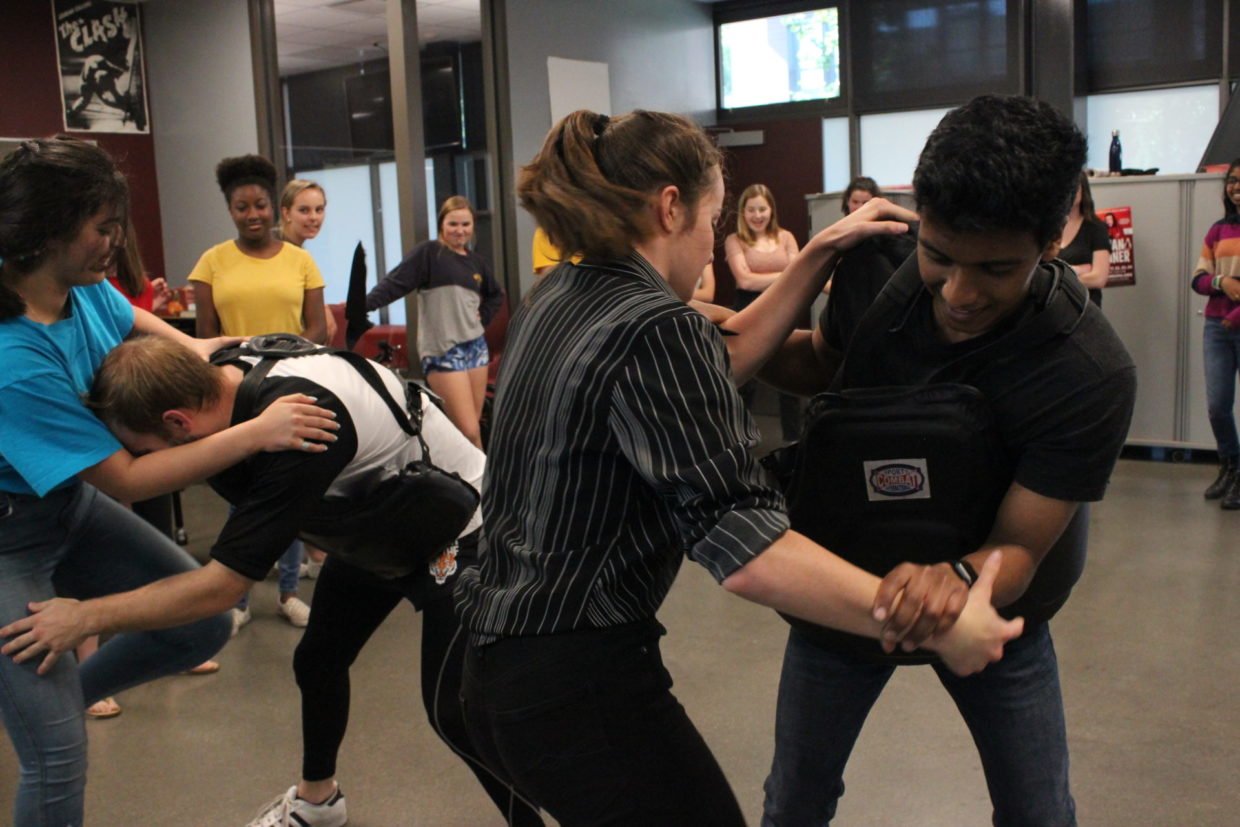 Self Defense Class Could Save Your Ass

The sound of screams and grunts ringing through the G-wing would usually be attributed to another fight, but Friday after school, the sounds signaled a group of students training to prevent assault or violence in their own lives. On Friday, M-A held its very first self-defense class for about 25 students from various grade levels under the guidance of M-A graduate, Willie Veenhuyzen, who teaches locally at the United Studios of Self Defense (USSD). He teamed up with junior Kylie Wong, who helped coordinate the event, and senior Neel Sinha, who has been studying with USSD for several years and lent a helping hand — and body — for the drills.

Veenhuyzen used real CCTV or news videos of assaults to supplement the reminders and drills that would follow. After watching the kidnapping of several young women and a failed attempt to kidnap a ten-year-old girl, Veenhuyzen reviewed their mistakes and how people in similar situations could prevent a similar outcome. 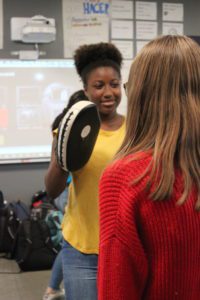 Seminar participants considering their next move during a striking drill. 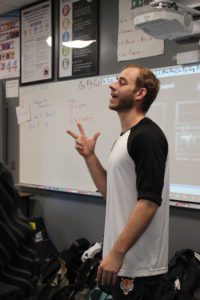 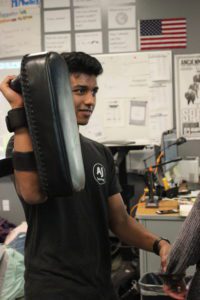 Veenhuyzen noted that in any situation, the three non-negotiable subjects are body, life, and location. In other words, in an assault or violent situation, the victim should defend themselves, but not at the cost of their own life, being moved to a secondary location, or additional and extreme damage or physical abuse.

Participants practiced their “bad dog voice” (a loud, definitive voice) and defensive hands (raised hands to keep attackers at a distance). The doorway drill forced attendees to resist being moved through the doorway at any cost. Kicking, screaming, thrashing, and wild grabbing were encouraged. The last few drills taught participants how to knee an assailant in the stomach or crotch. Sinha and Veenhuyzen rounded out the class by donning thicks pads and ‘attacking’ each attendee. Veenhuyzen reminded people to “not miss,” as a misplaced knee during a similar women’s self-defense seminar resulted in a broken rib.

While emphasizing the importance of practicing physical and mental self-defense techniques, Veenhuyzen cautioned the class, “Don’t, you know, beat the crap out of each other.” When asked about the importance of self-defense, Wong said, “I believe everyone should have an understanding of self-defense fundamentals because it truly boosts self-confidence and can prepare you for the unexpected.” Wong mentioned that she plans to hold more self-defense seminars for the M-A community in the near future. She continued, “Being a female in the 21st century America has further strengthened my opinions, as violence and physical threats are an unfortunate reality.”