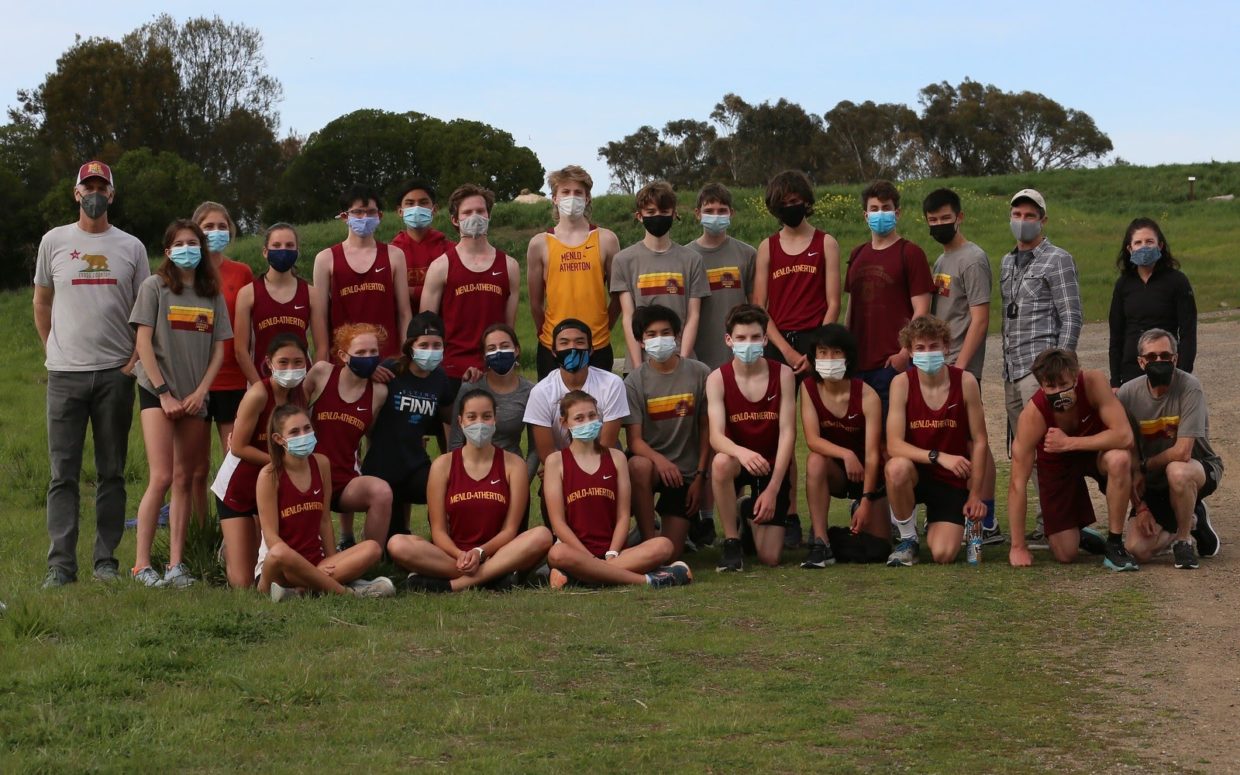 “If I’ve gotten through all this in just this season, I’m ready for whatever comes next,” said senior cross-country runner William Dennis. With a far smaller team, changes in organization, and a season lasting 41 weeks, M-A’s cross country team was the picture of resilience during the pandemic, ultimately winning first place in nearly each of its varsity races.

It takes a certain type of person to choose to run cross country; after all, running is hard. But year after year, anywhere between 70 to 100 M-A students choose to not only go out for the team, but train all summer in preparation. According to Head Coach Eric Wilmurt, “[This year,] starting in June, we had some of our largest numbers of kids wanting to run over the summer and train for cross country in the fall, just about 100. By the time September and October came around a lot of the kids dropped off, realizing there wasn’t going to be a season. We lost most of our seniors and returning runners.” 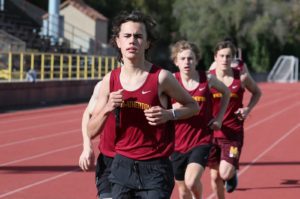 Freshman Rowan Pecson leads the pack during a March 10 race taking place on the M-A track.

Between an unfamiliar team, a pandemic, and air quality issues during the fall, safely getting in racing shape was more difficult than ever. Junior Katriona Briggs said that she learned from the experience of doing a sizable amount of her training alone. “We also only had practice once or twice a week as compared to 5-6 days a week,” she stated, adding, “I learned that I should appreciate any opportunity to race from seeing how much effort goes in to organize even a small meet.”

Dennis said, “It was a lot harder to go out each day and run knowing that it might not matter since we weren’t guaranteed to have races, but this year I taught myself to persevere through that and just go out and run for the sake of running regardless of what it meant down the line.”

Freshman Lucas Wang said, “Even though we couldn’t do as many races, the season was extended by two months.” After starting practices in October, it wasn’t until February that the team had its first race. 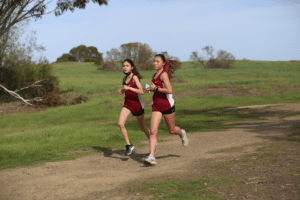 The final race of the season took place at Bedwell Bayfront Park.

According to Wilmurt, “Our first race was actually the very first sporting event in San Mateo County since the pandemic started. It was covered by newspapers and television; it was quite an event. It was also the first cross country race to be held at Menlo-Atherton in over 30 years.”

In the end, both the boys and girls teams ran six dual races–where only two schools compete–throughout the spring. The smaller races proved to be one of the most unusual aspects of the season, since typically each team in the athletic league participates in the same race, forming crowds of runners. Dennis stated, “I’m used to having that feeling of running in a stampede of athletes to start each cross country race, but this year [racing] was a lot more like just regular workouts with the team.”

In spite of the circumstances, the boys and girls varsity teams each won first place in every race save for one, something the team had not accomplished in recent memory. “I wish they had more opportunity to show off, because this is one of the best teams we’ve had in a while,” said Wilmurt.

Beebe reflected, “[cross country] was one of the best parts of this school year despite the pandemic. We’ve had a lot of safe and fun opportunities to race and train.”