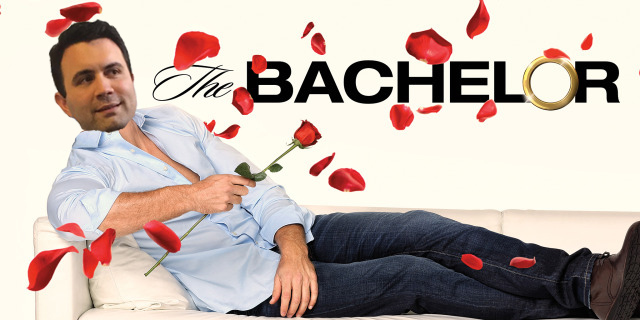 Satire: M-A’s Ben Wellington Departing to Star In Newest Season Of “The Bachelor”

A shock to the M-A community, the beloved history, economics, and journalism teacher Ben Wellington announced last month that he will not be returning to M-A for the 2017-18 academic year. However, his post-teaching plans have only just now been uncovered by the M-A Chronicle’s dedicated team of investigative journalists; Wellington will be starring in the next season of ABC’s hit television show “The Bachelor.”

Every day that Wellington missed this past year supposedly for ‘health’ or ‘family’ reasons had actually been used to participate in a scrapped season of “The Bachelorette,” where he finished second just behind fellow M-A teacher John Florio. According to that season’s bachelorette, Johanna Mason, the fact that Wellington loves his wife and children dearly seemed to steer her affection to Florio, the ‘bad boy’ of the season. Despite executives deciding to not air this Bachelorette season due to ‘creative differences’ between the production team members, Wellington was still asked to be the titular figure in the upcoming season of “The Bachelor.”

Originally stating that he would be teaching middle school history somewhere in the Sacramento area as a cover story, Wellington has not yet made clear the reason that he kept his true future plans hidden. Experts at the University of California, Berkeley believe that he kept the secret either due to fear of jealousy amongst the other M-A staff members or simply that Wellington wanted to give those who know him through school a pleasant surprise upon the official reveal. Updates will be released as studies produce more conclusive results.

As word about his new venture has spread around campus, students and staff alike have dubbed Wellington ‘the Benchelor’ as a portmanteau of his and the shows names respectively. Statisticians from room D-12 have predicted the highest proportion of viewership for “The Bachelor” in M-A history this next season as the student body cheers on its former teacher.

Wellington’s wife and kids are both very excited for this new phase in his life, with his son going as far as saying, “My daddy’s gonna be a big star!”

Wellington’s wife, who asked to have her name redacted for privacy reasons, also showed excitement. “It’ll take some getting used to, I think, having so many people around,” she conjectured, “but I have a feeling that it will be a great experience! We were so proud of Ben this last season and I know that he’ll be just as great this year too!”

The show’s producers have coincidentally decided to film this upcoming season in Wellington, New Zealand. M-A Chronicle correspondents were able to to intercept a customized postcard commissioned by Wellington for his time there: