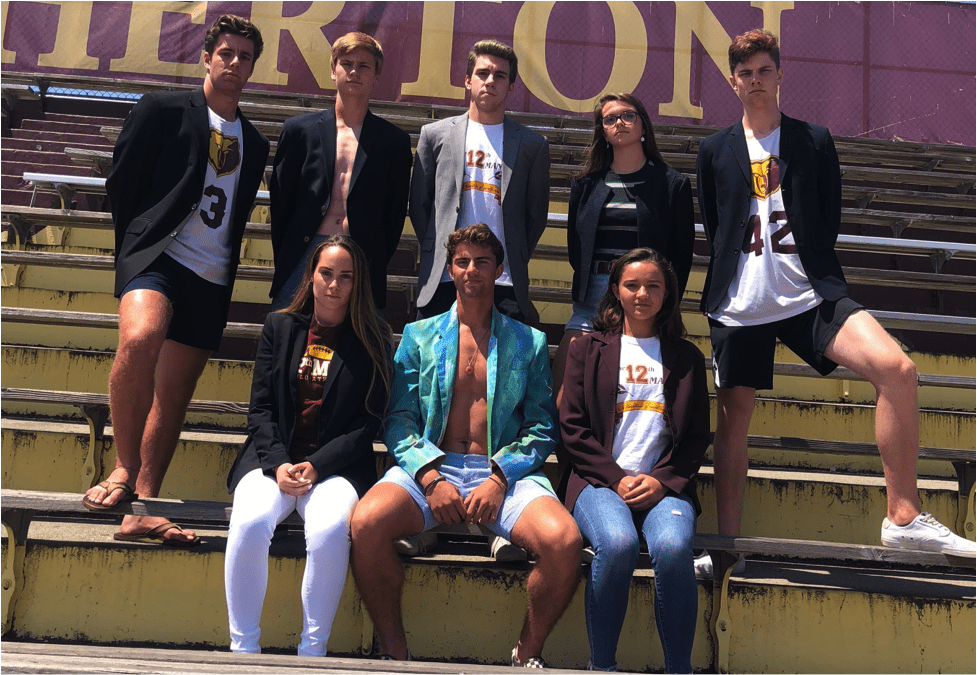 With the 2018-2019 football season in full swing, Menlo-Atherton’s most spirited students are rallying together to pump up the fans. However, this year’s squad is going above and beyond in attempt to reclaim M-A’s fame. 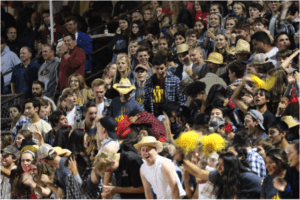 Nikhil Goyle and Jordon Long founded the M-A 12th Man club in 2013. For many years, they have been a staple at football games and an important part of boosting school spirit. They are responsible for coming up with spirit themes at the games, leading chants, and supporting the football team on and off the field. This year, in order to make dress up themes more inclusive, the club is prioritizing social media outreach and grade level representation.

“The more they think about it, the more they come. Last year they posted too intermittently, so it wasn’t a focal point that anyone remembered,” said captain James Beckwith. 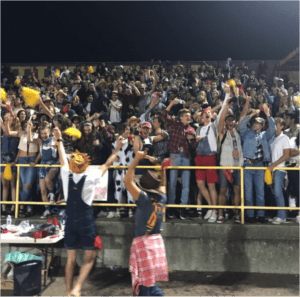 The 12th Man celebrating a touchdown with the fans at the game against Palma High School. Photo Credit: Heath Hooper/M-A Chronicle

What does reclaim the fame mean?

In theory, by making fans the most engaged and supportive they have ever been, the team will build off of that energy, hopefully pushing them to win as many games as possible. The slogan “Reclaim the Fame” originated from the hunger to be state finalists once more, and return to being the most spirited club on campus.

With all of that in mind, the future of M-A’s school spirit and support towards the football team is looking bright. With a new dedication to social media accounts and the resurgence of energy to the club, an increased participation from all populations at M-A is promising. The captains of the club are trying harder to make M-A spirit grade inclusive. More and more people from all levels are partaking in spirit themes, so the whole student section looks allied. In the past, only seniors have dressed up, but the first two games have shown that more students are joining in. “Being a part of this years group is hard work,” said senior and captain John Mills.

“We do a lot of work behind the scenes that a lot of people don’t see, so that we can include everyone. I think we saw a good version our freshman year of what a good 12th man should be like, and we’re just trying to replicate that to the best of our ability,” said Mills. 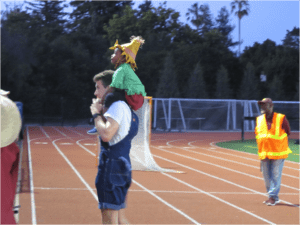 What sets this year’s group apart?

Their commitment to the team, and their extreme efforts to promote inclusivity and school spirit to all. In years past, the 12th man has come up with themes and only told friends and those they thought would care. Now, they are reaching out to different groups of people. They created a Snapchat, post frequently on Instagram, and sell t-shirts in a whole new way.

This year, there are three female captains and five male captains; a stark difference when compared to only one female and six males last year. This new approach to the leadership team is inspiring a new generation of 12th man directors and seems to be heading in a more comprehensive direction.

The 12th man club has updated their method of t-shirt sales and now include the G-wing as one of their sale locations. With increased business, the club is able to give back to the football community.

“One of the changes that we made this year is that shirts do cost $5 more, but we are donating a large portion of our profit to the Aisea Mataele Scholarship Fund, which is something we think is really important,” said captain Annabel Baxter.

A scholarship is being established in memory of Menlo-Atherton student and athlete Aisea “Bojack” Mataele who passed away in December during his first year of high school. The club decided to raise t-shirt prices by 50%, but are making sure that their support goes even further than everyone having club merchandise. This new effort raises awareness about the scholarship fund, and also helps the football team in an innovative way.

Making sure students are up to date with game times so they don’t miss anything is another concern. To ensure that students are fully in the loop, the captains are reaching out in other ways than social media.

“When you got your 12th man shirt, you got a schedule of all of the games, including away games, so we could have a bigger turn out,” noted Baxter.

Previously, the club has had issues with leadership classes and the administration because they acted independently and ignorantly. But now, the club is trying to be more accessible and inclusive.

“It shouldn’t be a thing that a certain group of people on campus do, the games should be a place where everyone can come and have fun,” said Mills. 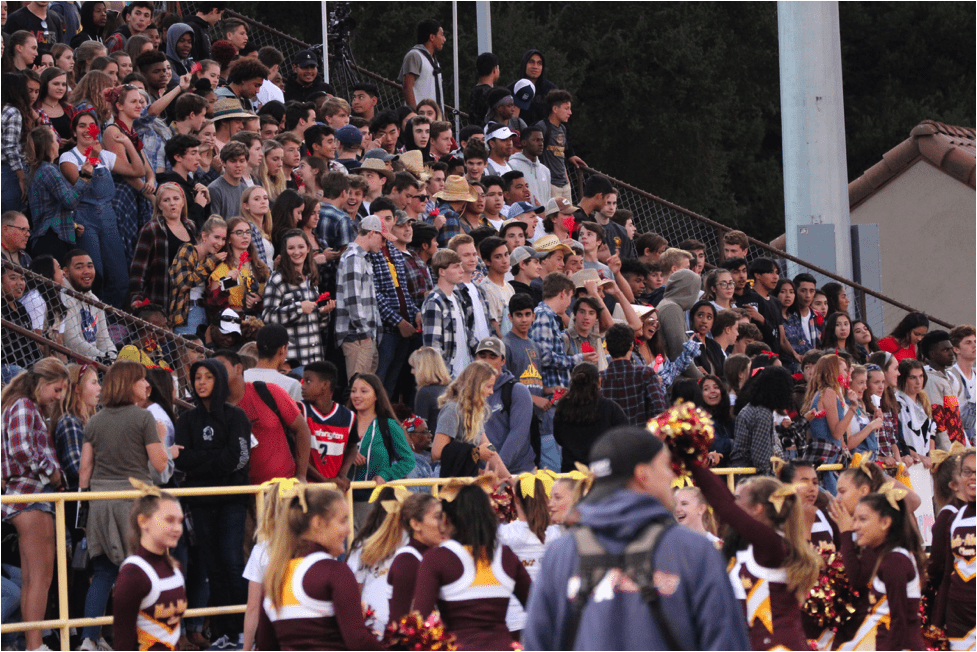 Fans load in to experience the game, excited for the events about to unfold. Photo credit: Heath Hooper/M-A Chronicle

This reclaim to fame is refreshing, and hopefully encourages other clubs to become even more involved in M-A’s spirit. Whether you follow the football team or not, this inspiring group of seniors is making it hard not to pay attention. New ways of being inclusive and energetic through social media and giving back to the community is something M-A could use more of, and supporting students in every program should be a focus for everyone.