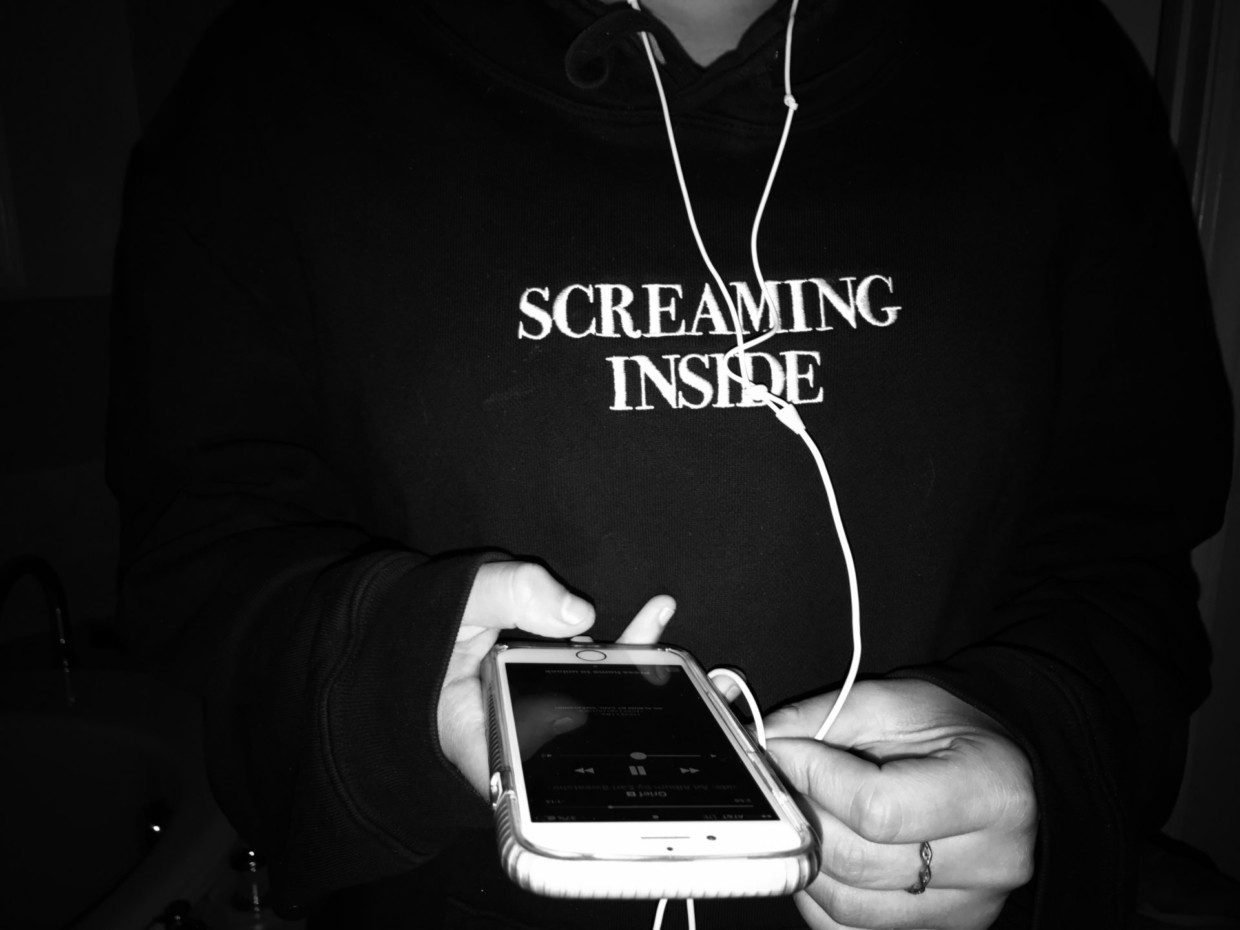 Music provides clarity, solace, and support when you feel the most isolated and down. At an age when people feel largely misunderstood and alone, high schoolers can turn to music, in which they can reflect on the lyrics and beat, and relate the artists’ emotions to their own. With more popular artists creating music about depression and other mental illnesses, the discussion of mental health increases and awareness is spread. These hip hop and rap artists have been pivotal in the elimination of some of the stigma surrounding mental illness.

On April 28, Logic released his song “1-800-273-8255,” its title named after the National Suicide Prevention Lifeline (NSPL). His song, which features Alessia Cara and Khalid, tells the story of someone who is calling the lifeline because he wants to kill himself. At the end of the song, the caller realizes he does want to live, because he has help and suicide is not the answer to his depression. Its music video portrays the life of a black high schooler struggling with his sexuality, which he feels jeopardizes his sense of masculinity and identity. The way the boy’s emotions are portrayed is so powerful that it is heartbreaking to watch, but the video has an uplifting ending. The boy calls the suicide hotline while on the verge of killing himself, gets mental help, and eventually learns to feel comfortable in his own skin.

Logic’s contribution to the destigmatizing of depression and suicide is clear through the NSPL’s statistics. On “1-800-273-8255”’s release date, the NSPL received over 4,573 calls, which was a 27 percent increase from its average call volume. When Logic performed the song at the Music Television Video Music Awards, the NSPL’s call volume surged 50 percent. “1-800-273-8255” made number five on the Billboard top ten Streaming Songs and has been a frequent play on Bay Area radio stations. Logic’s outreach can be seen when teenagers sing along to the lyrics: “I feel like I’m out of my mind/ It feel like my life ain’t mine/ I don’t wanna be alive/ I just wanna die today.”

Singing this song aloud creates a culture in which voicing suicidal feelings is good, not bad, and it is important for all people — but especially young people — struggling with these thoughts to look for help.

The most important song I’ve ever wrote… pic.twitter.com/Lmfu9BnF31

Earl Sweatshirt, a rapper known for his membership in Tyler the Creator’s rap group Odd Future, released his album “I Don’t Like Shit, I Don’t Go Outside” in March 2015. Earl has been a leader in the emergence of sad rap — a subgenre of rap that openly discusses depression. In “I Don’t Like Shit, I Don’t Go Outside,” he portrays depression as an all-consuming dark cloud, something that feels inescapable. On his track “Grief,” he raps, “I ain’t been outside in a minute… Lately I’ve been panicking a lot / Feeling like I’m stranded in a mob, scrambling for Xanax out the canister to pop.”

By describing his depression as a tangible feeling, Earl makes depression something listeners can relate to. His descriptive, paranoid, and authentic lyrics can make listeners realize that their emotions and tendencies are common symptoms of depression and anxiety. In the dark “Grief” music video, Earl shows a boy’s figure literally melting into the couch. The X-ray figures of young people have empty expressions, move slowly, and are sitting inside watching television on the couch. From the outside, typical depression in high schoolers can look as simple as never leaving the bed or couch, disengaging from hobbies, and feeling unmotivated. By listening to Earl’s music, young listeners can feel that their emotions are valid and shared by others.

At a young age, boys are taught to conceal their feelings because depression and sadness are signs of weakness. Kanye West’s “808’s and Heartbreak” was arguably the album that introduced depression as an acceptable topic in hip hop music. He allows himself to be emotionally vulnerable through his music and describes his battle with grief and sadness following his mother’s death and a breakup. On “Street Lights,” Kanye sings, “See I know my destination, but I’m just not there / All the street lights, glowing, happen to be / Just like moments, passing, in front of me.”

This song conveys how one can feel stuck in the monotony of life and the pain of simply existing, from which there seems to be no end.

Most of Lil Uzi Vert’s songs are fairly upbeat and fun to listen to at a party, but some have an underlying emphasis on mental illness. For example, his most popular hit, “XO Tour Lif3,” is about his unstable relationship with girlfriend Brittany Byrd. Uzi raps and sings about how his manipulative relationship drives him to have suicidal thoughts and take drugs to numb his depression. Uzi sings in an urgent voice, “She say I’m insane yeah / I might blow my brain out / Xanny, help the pain, yeah / Please, Xanny, make it go away / I’m committed, not addicted, but it keep control of me / All the pain, now I can’t feel it / I swear that it’s slowin’ me, yeah.”

“XO Tour Lif3” has catchy beats playing simultaneously with grave lyrics. As a result, it sheds light on someone’s roller coaster of emotions as they try to numb their pain with drugs, and at the same time continue to party.

Ever since his first album in 2008, Kid Cudi has been openly discussing his mental health through his music. In his song “Soundtrack 2 My Life,” Cudi talks about the sadness he has had for as long as he can remember. He sings, “I tried to think of myself as a sacrifice/ Just to show the kids they ain’t the only ones who up at night.”

Cudi released his latest album, “Passion, Pain, and Demon Slayin’,” in December 2016 after checking himself into a mental hospital for his suicidal urges, depression, and anxiety. In “Wounds,” Cudi provides some wisdom he has gained from his struggle with mental illness. In Cudi’s words, “We all have times when we weep / It’s a troubled life, traumatized psychologically / I pray, in the shadows when I’m speakin’ to no one / Myself, did everything right, didn’t I? / So why aren’t I whole … Ima sew this wounds myself.”

“Wounds” passes on encouragement to overcome mental health issues with perseverance and self-healing. While severe mental illnesses cannot be easily overcome through self-healing and require outside help, Cudi’s message can be helpful to those who want to find the strength within themselves to overcome the barriers of their illness.