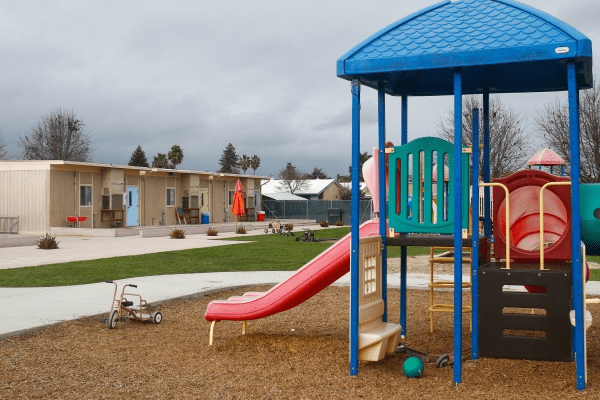 As part of a plan to cut spending and avoid financial crisis, the Ravenswood City School District decided a little over a month ago to relinquish its Child Development Center (CDC). The CDC, a public preschool for approximately 190 students between the ages of three and five, is located in East Palo Alto. It receives Title V funding, and is open to children whose parents are employed, seeking employment, attending accredited schools, or are incapacitated or homeless. Foster children and low-income families also qualify for the full-day public preschool program.

Many families of toddlers enrolled in the preschool pleaded with the board to keep the care center at a meeting to announce the CDC’s closing in early February. Last month, however, they were notified that the facility would remain, but that for approximately 6 weeks this summer (from about June 30 to mid-August), they would need to register their children at other care facilities while the Ravenswood CDC transitioned to a new provider.

As of now, the provider taking over the preschool has yet to be selected. The month-and-a-half window (from late June to mid-August) is also not set in stone, but is merely an estimate of how long it will take the incoming vendors to set up.

However, all current preschool employees are to be formally laid off as of June 29, with responsibility for childcare shifting to the county office on July 1st. It is possible that many will be rehired, as there is a local shortage of preschool teachers.

During the temporary care gap, families’ eligibility will be transferable; all contracts must be honored by other public preschool programs. Further, according to the CDC’s compliance analyst, Chris Simien, the enrollment process will not change with the new provider, due to the school’s Title V contract.

However, in the event of a shortage of space for the dislocated young students in other state-run centers, the non-profit group Child Care Coordinating Council (4Cs) has committed to helping families find temporary care, and might supply families with vouchers for private preschool programs.

The Ravenswood District, which draws from East Palo Alto and east Menlo Park, is funded in accordance with its number of enrolled students. However, a continued decline in attendance and enrollment since 1999 means the district’s funds have been readjusted, leading to the relinquishing of the CDC. District financial officer Steve Eichmann attributed the enrollment decline to families being priced out of the neighborhood.

Now, for the Ravenswood District district to survive, it must cut its $48 million annual budget by $5 million over the next two years. To meet this goal, the district plans on cutting at least 83 positions in addition to relinquishing the CDC. If the proposed $195 per parcel tax is not approved in June, an additional $1.1 million will be cut.