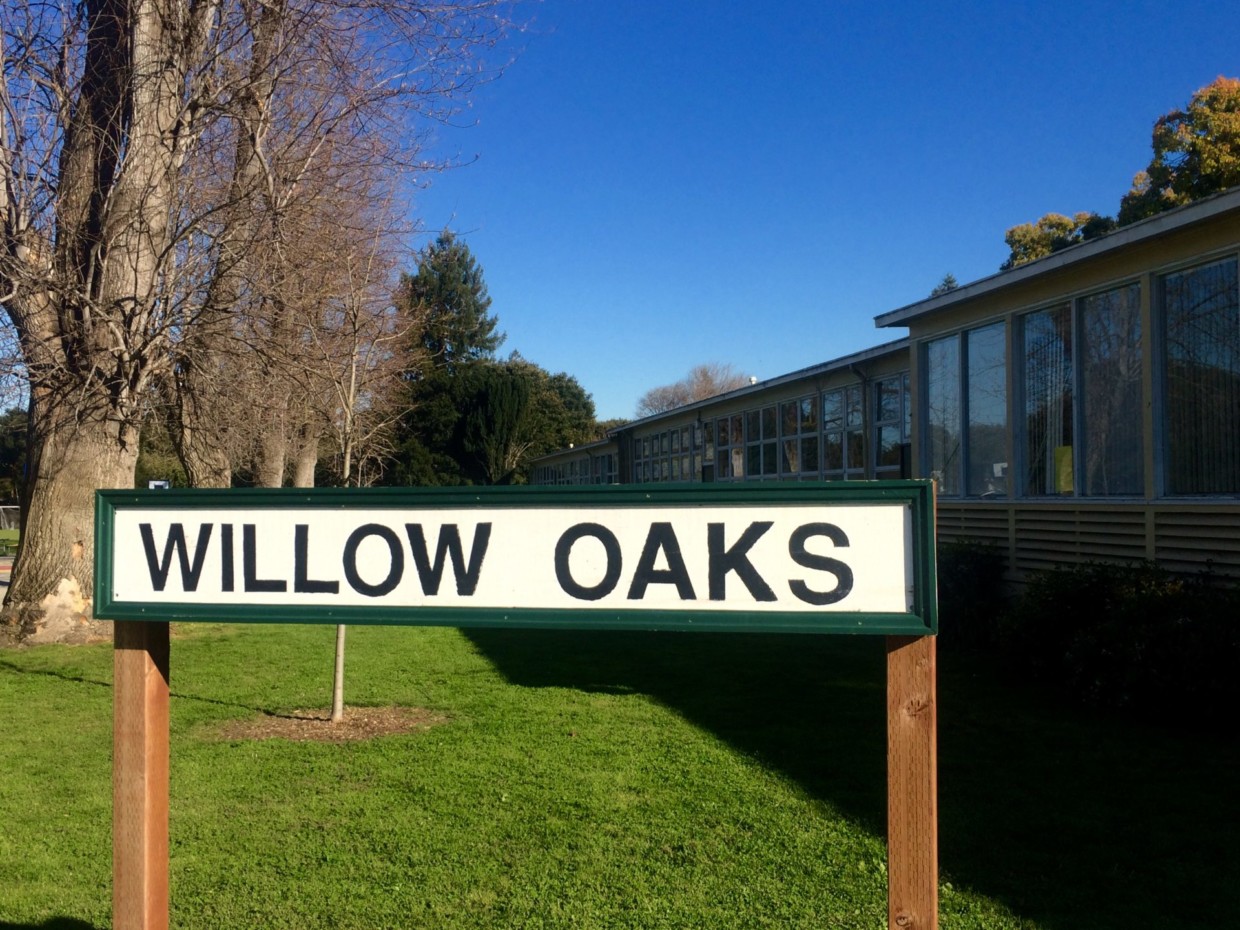 I strolled into the cafe to see Paige Richards already at a table in the corner, eagerly reading Academic Conversations, a book on encouraging productive dialogue in the classroom. She greeted me with a bright smile and began to tell me about herself and her experiences working in the Ravenswood City School District (RCSD).

Richards grew up in San Carlos, CA and graduated from the University of California, Davis in 2016 with degrees in Biology and Psychology. While she studied science, teaching had always been a prominent theme in her life. Both of her parents were middle school teachers, and she had her own experiences teaching as a high school senior in Africa and as a Bible study leader in college.

This past October, she unexpectedly came across an opening for a teaching position at Willow Oaks elementary and middle school in the RCSD. With no teaching credentials, she applied on a whim and was doubtful she would get the job. Urgent, however, the school gladly welcomed her; within a couple of weeks, she had taken and passed the California Subject Examinations for Teachers (CSET), presented sample lessons, and successfully completed all of her interviews and background checks. Before she knew it, she was whisked into the classroom, where she began teaching sixth-grade math, science, and English language support. 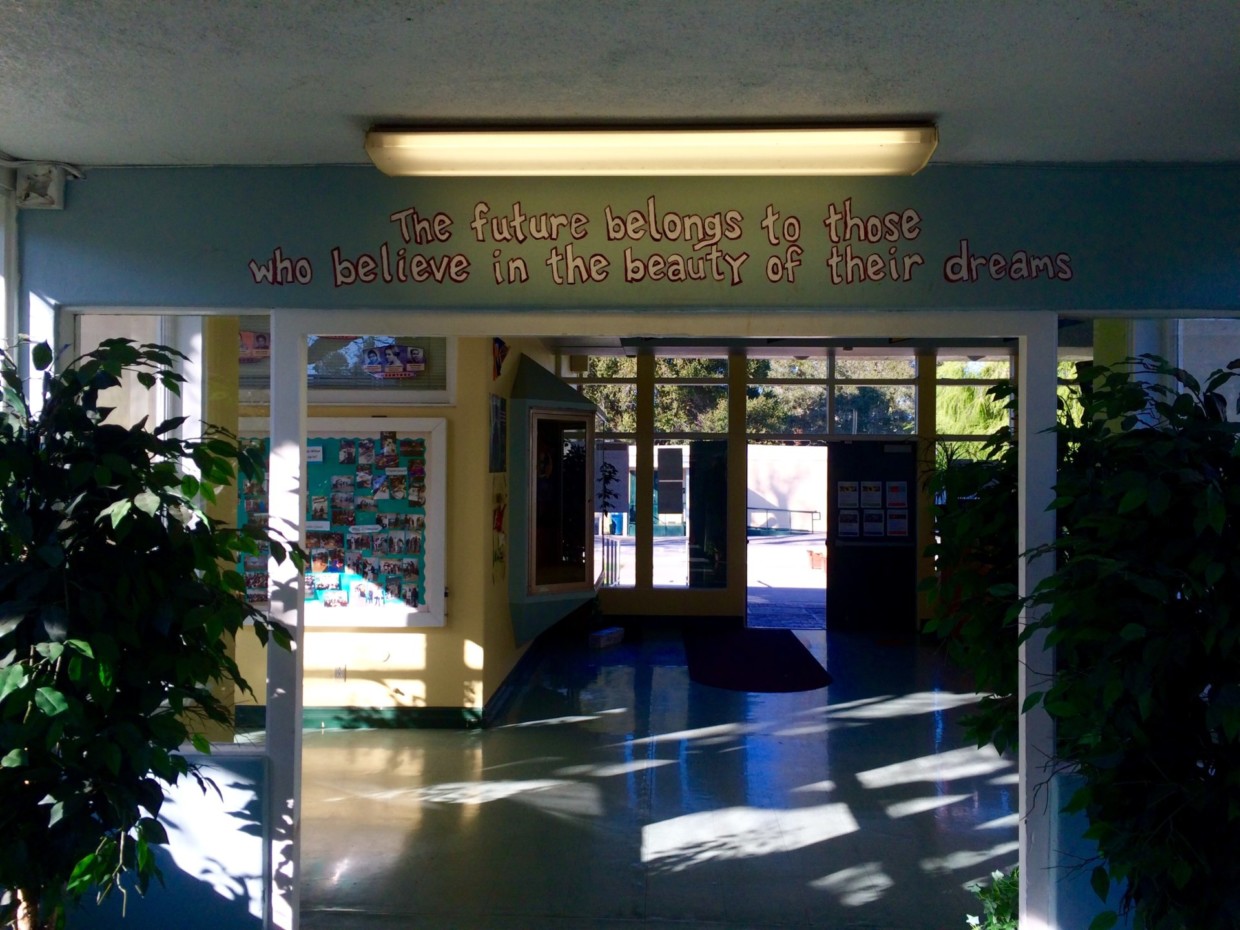 One of the many inspirational messages that line the halls of Willow Oaks. Credit: Martha McGee / M-A Chronicle.

One of the first challenges she learned to navigate was finding a balance between being a respected teacher and a good friend to her students. As someone who connects well with others and teaches a classroom full of loving kids, she has realized the importance of maintaining high standards of good classroom manners, diligence, and respect apart from the relationships she forms.

Richards is continuously encouraged by the love and energy that exudes from her students every day. She pulled out her phone and showed me a photo of a note that one of her beloved rascals wrote her that day. Despite getting in trouble for being unruly, he wrote her a lengthy note apologizing and expressing his appreciation for her, admitting that he knew she had his best interests in mind — these moments among others, she said, give her drive in the classroom.

“They always look out for one another — they’ve all got each other’s backs,” she said.

She also admires how close of a community they’ve become and how deeply the students have come to understand one another and her.

“Valentine’s Day was cute. One girl gave me a balloon that said ‘I love you’ and a little elephant because she remembered how much I love elephants.” 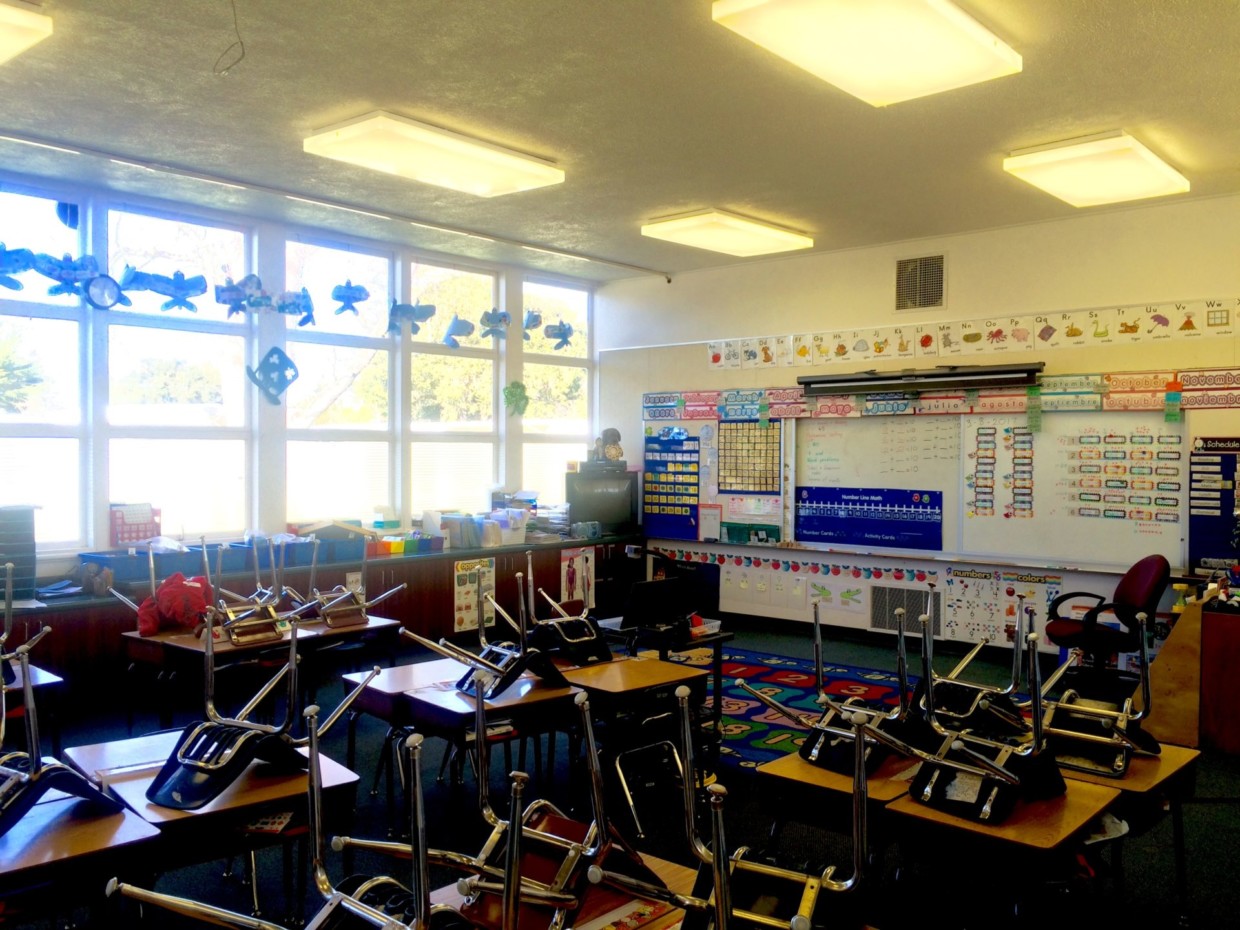 Another difficult struggle has been successfully invoking a feeling of confidence in her students, particularly during math class. At the beginning of the year, only 11 percent of her students were at a proficient level.

“It’s interesting trying to navigate the materials so that everyone, from first to sixth-grade-level math achievement levels, feels successful. It’s easy to feel like you’re not smart.”

Perhaps one of the most difficult challenges she deals with every day is the language barrier. With 86 percent of her students Hispanic and two monolingual Spanish speakers joining her classes throughout the year, communication with both students and parents is difficult. The school could use additional staff, and translation at parent-teacher conferences, which happen twice a year, can only take place at the availability of the few office secretaries, who kindly double as translators. Richards is currently taking a Spanish class in order to minimize this barrier for her students. Furthermore, Willow Oaks is a Title 1 school, meaning that the school receives federal financial assistance but must also take frequent multiple-choice tests to test the school’s overall proficiency. Richards explained that it’s difficult for her students to perform well when the tests include unnecessarily wordy math problems. However, she finds instilling a “growth mindset” in her students to be very rewarding.

“It’s very cool to be able to encourage them and help them feel capable.”

Many of her students face difficult challenges on a daily basis. 90 percent of RCSD students are on reduced or free snack and lunch programs, and 30 percent are homeless. Richards noted how difficult it is knowing that, as a teacher, one can’t control outside variables such as sleep, meals, and bathroom access as well as family dynamics, factors that play an important role in how productive a student ends up being at school.

This made her wonder, “As someone who spends the majority of the day with those students, how do you support them?” 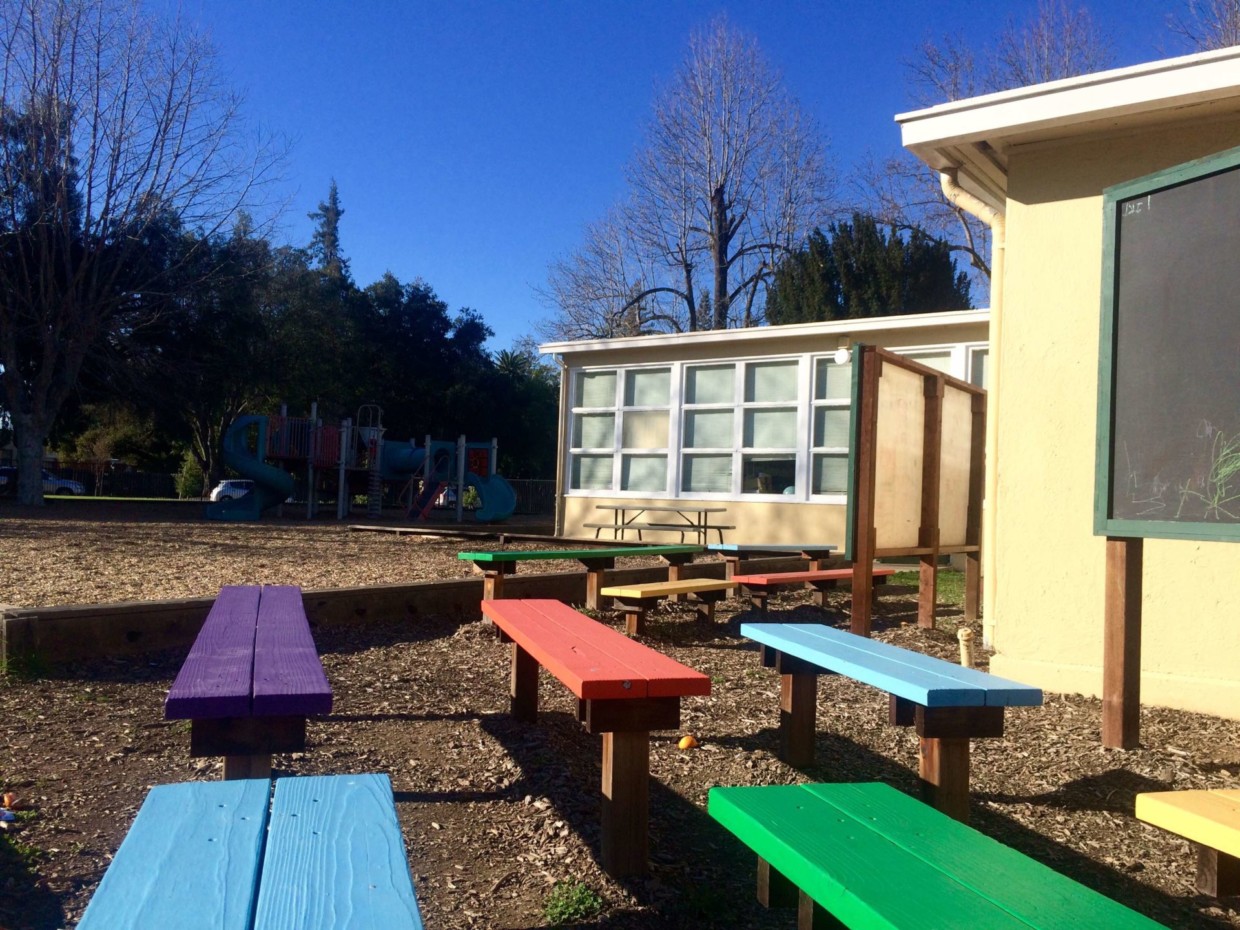 Richards shared one of her greatest learnings since joining Willow Oaks: the most valuable thing you can give those students who face instability outside of school, she explained, is a structured safe environment within the classroom. By creating a structure where everyone is treated in the same way, Richards clearly communicates her expectations of the class, thereby creating both incentives and stability for her students. Every day, for example, the kids know to enter quietly and begin warm-up exercises in their notebook. This is followed by a “mini” lesson, practice exercises, and an “exit ticket.” She notes that many of her students come from supportive home environments as well — it’s about supporting everyone equally, regardless.

Richards also explained that many of her students experience an “opportunity gap.” Opportunities to succeed, such as after-school sports games, homework success through the help of a parent, and other confidence-boosting moments, are important in giving students the motivation they need to overcome academic challenges in the classroom. Speaking about those who are able to afford programs such as dance classes and tutoring, she said it’s easy to “take a lot of things for granted in terms of the resources provided for us.”

Resources within her classroom are sometimes difficult to obtain as well. Richards mentioned obstacles such as textbooks not corresponding with the curriculum, whiteboards or desks not working, and particularly the issue of being understaffed — tech experts, after-school tutors, and other positions would be very beneficial to teachers. She said this situation contrasts her father’s classroom in San Carlos heavily: he has a Smartboard, small whiteboards for everyone, and even a classroom broadcasting system.

However, Richards has been lucky to have a particular donor interested in school reform and thus offering to fund her class in several projects and trips the class would otherwise not have been able to afford. For one project, the woman donated 56 shoeboxes and supplies for the students to create little “solar ovens” and test heat retention among different materials. Two of Richard’s students eagerly explored the project further and were able to present at the county science fair. Last Friday, the class was also able to go canoeing to explore the importance of marshes; this would not have been possible without their donor’s help, as well as special funds granted by the East Palo Alto Kids Foundation. 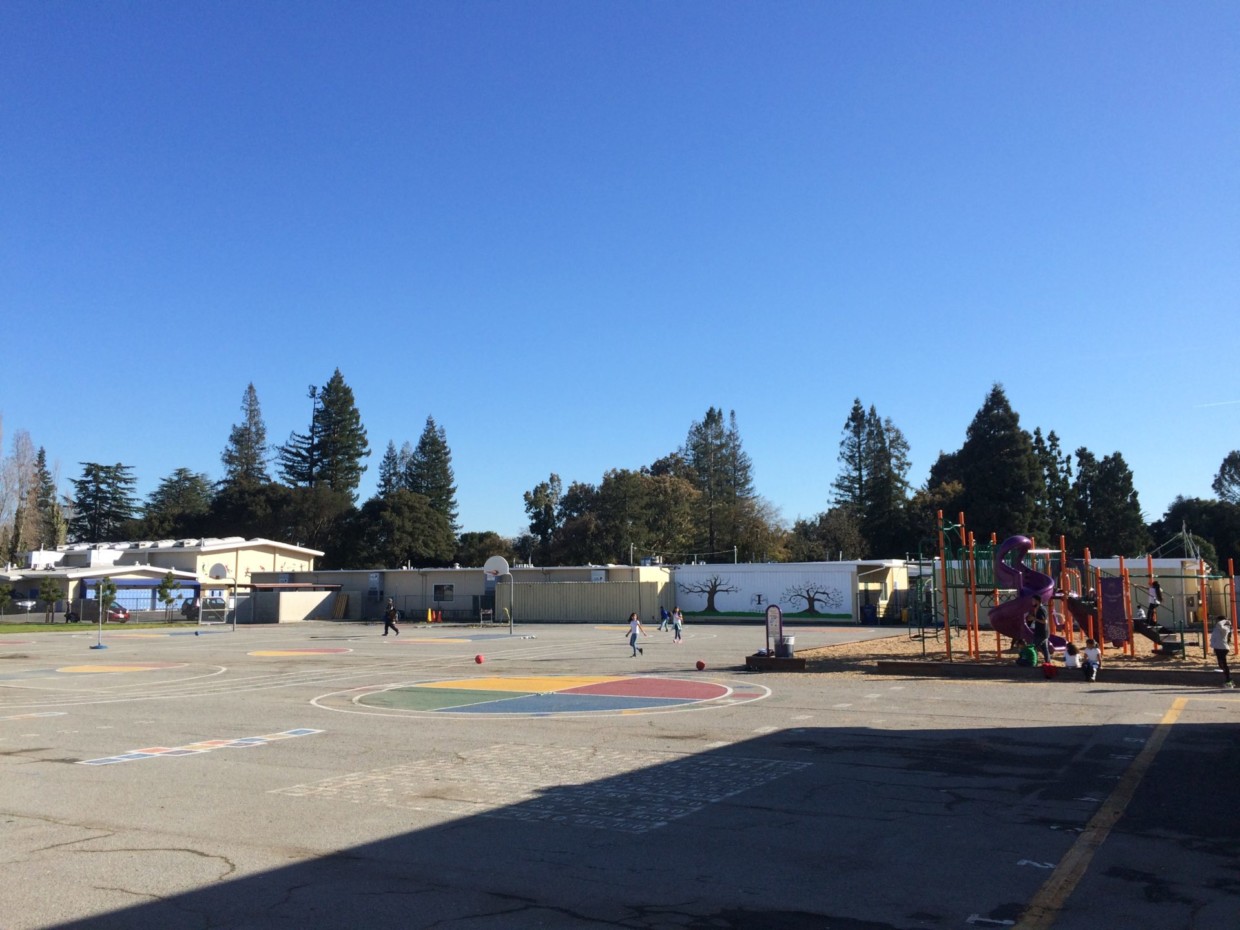 While she doesn’t have any definitive long-term plans, Richards is confident that she will continue her work in the RCSD in the future. She has enjoyed “[learning] so much about patience and loving people, about how to be fair and how to let kids find their voice and take ownership of their education.”

Richards’s dream is to establish a mentorship program among M-A students and those still at Willow Oaks. She would love to create a “buddy” system, where freshmen are assigned a sixth grader to mentor, encourage, and “help understand the realities of high school.”

Often, she said, the transition between eighth and ninth grade hits Willow Oaks students hardest, many of whom realize for the first time that they are academically behind (Willow Oaks does not have the space for students to repeat failed classes — thus, struggling students continue taking classes of increasing difficulty without the ability to understand the material). Richards would ideally love to see the pairs meet before school on Wednesdays or Thursdays to connect and provide emotional support, as well as homework help. While this is still a daydream Richards has, she feels excited about hopefully establishing it sometime in the future. 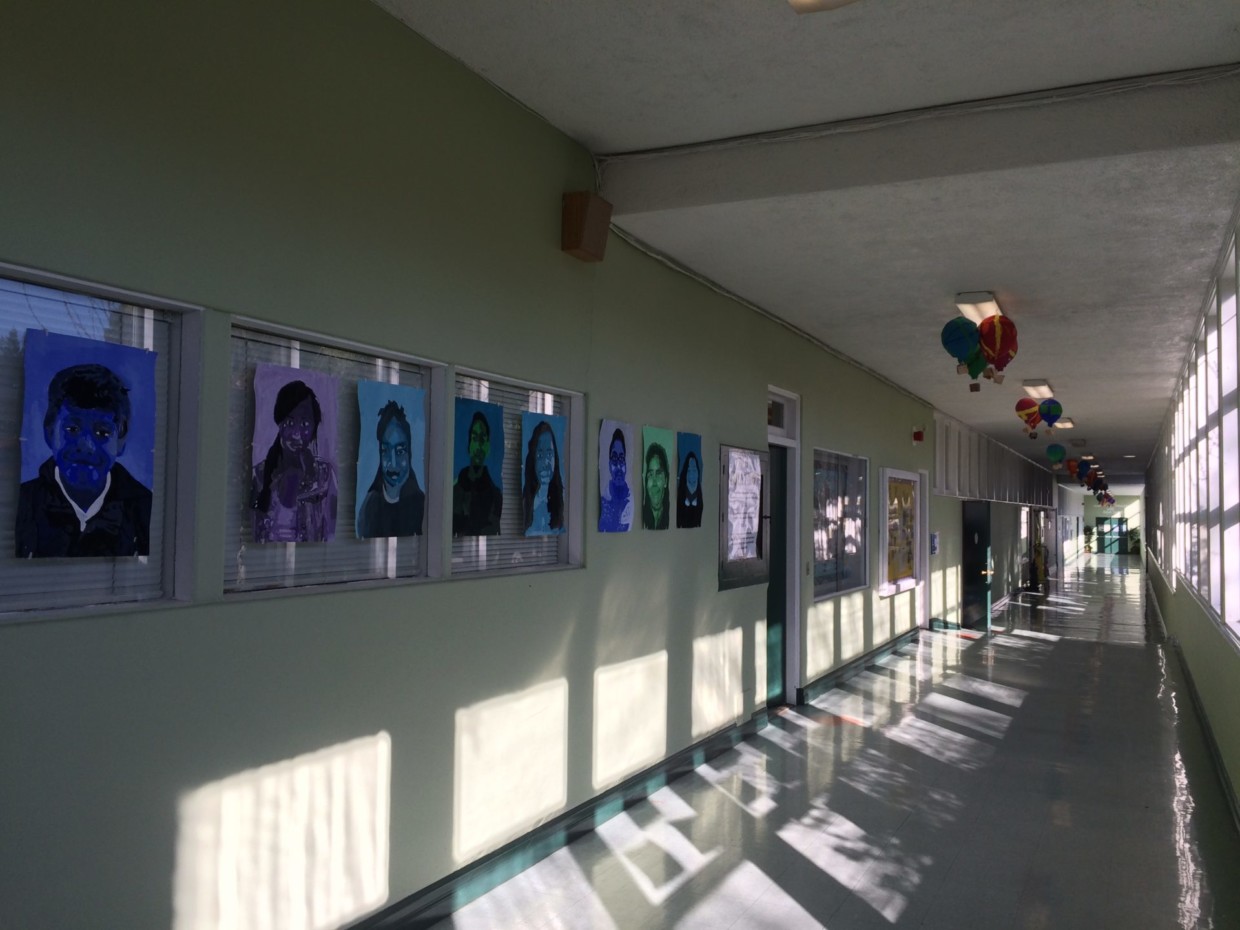 One day, Richards enacted a role reversal in class to illustrate to her students how to be a good student. She handed over the whiteboard marker to one of her beloved rascals and encouraged him to teach the class about Greatest Common Factors. When she demonstrated an unproductive student and got up out of her chair without asking, the student “teacher” wouldn’t get her in trouble because, according to the student, “she always gives me more chances.”

Even in six months, Richards has become a role model and support system to her students — there is no doubt her persisting efforts will leave a lasting impact on Willow Oaks in the years to come.