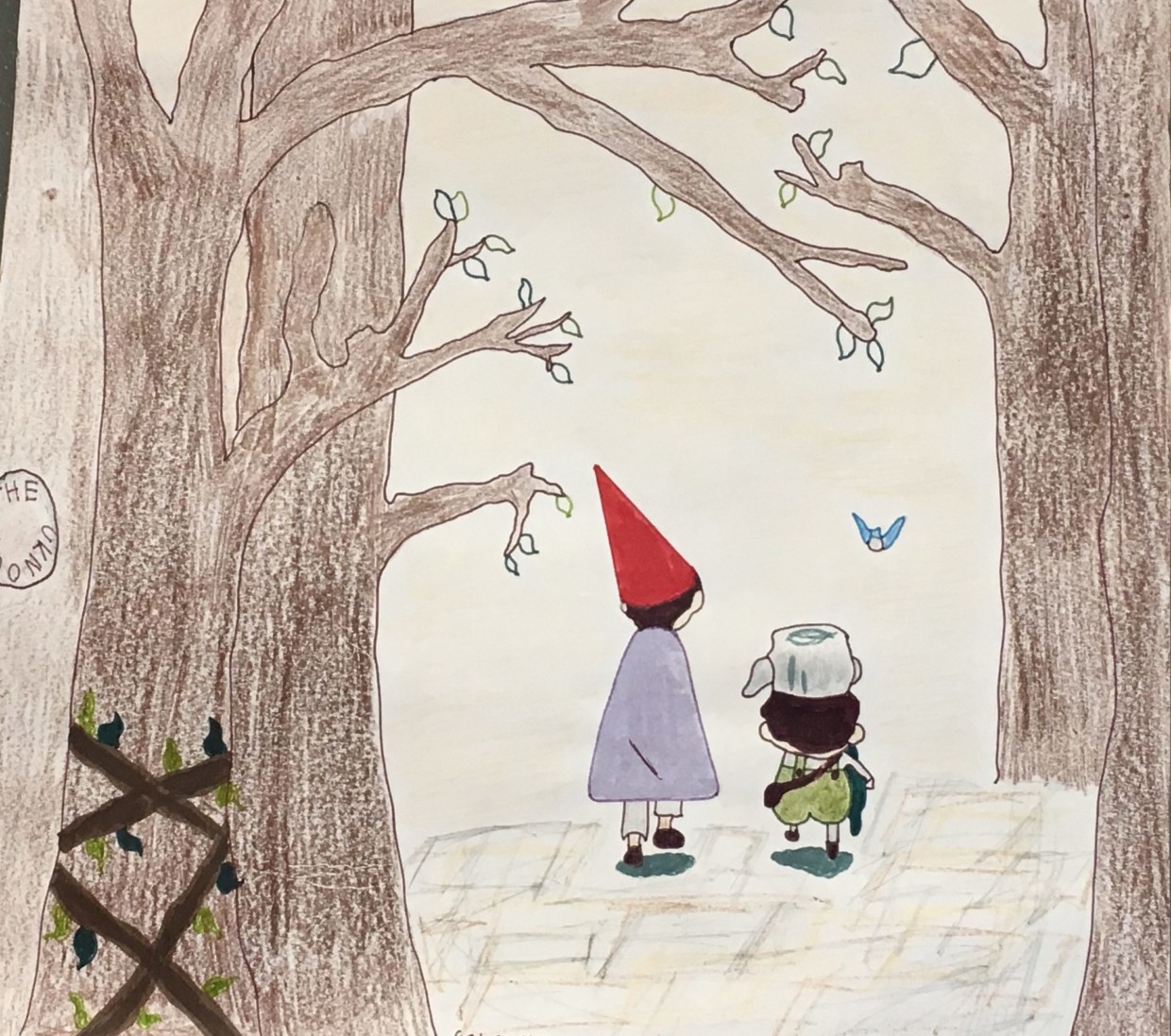 Over the Garden Wall and Outside the Old-School Box

Over the Garden Wall is an animated series that offers students a unique opportunity to analyze creative choices and symbolism in a multimedia setting. The teachers of Advanced Standing (AS) English I dedicate an entire unit to the study of the cartoon series, serving as one example of how teachers have integrated the use of technology into their classroom environments.

Over the Garden Wall allows freshmen students to identify stages of the Hero’s Journey, a template outlined by Joseph Campbell that describes key components found in most stories.

Catherine Morgan, an AS English I teacher, describes the show as “a Cartoon Network miniseries that follows the journey of two brothers — Wirt and Greg — as they travel through a mysterious, and sometimes ominous, place called The Unknown.”  Despite having fanciful animation and “being a medium we typically associate with children, the subject matter, twists and turns, and thematic ideas explored in the miniseries make it ideal for older viewers.”

AS English I teacher Carla Ferreira explained how the series finds a home in the classroom. “I think that one of the important things about this series is that it makes high-brow literary theory more accessible to students. I think it does that in a very clever and creative way. A lot of times, students who may not be as much into reading the classics, like The Odyssey, will tune in to Over the Garden Wall, and as a result I feel like it’s an excellent jumping off point for students to learn to close read by watching a cartoon and learning how the analysis works.” 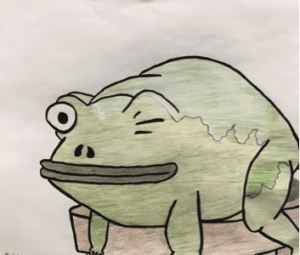 As a part of the unit, students were able to illustrate Over the Garden Wall “fan art” for extra credit.

Morgan also appreciates the series, saying “the short episodes (each is only 10-12 minutes long) are perfect for classroom viewing and allow students to learn about the Hero’s Journey — a plot structure seen again and again throughout other pieces the students will read in the future — through the use of a medium that isn’t as weighty as a book like The Odyssey.”

Ferreira feels like light-hearted texts can be met with unfair bias and said, “There’s this idea of literature as if it’s broccoli. You gotta eat it whether or not you like it, and that’s not literature. Literature is meant to be joyful, it’s meant to be entertaining. I do think there’s a lot of, almost like, prejudice againsts texts that are entertaining. Just because something is funny doesn’t mean it isn’t intelligent.” 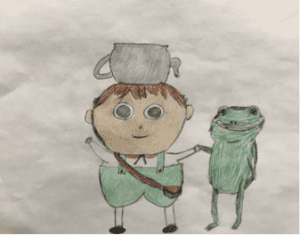 More fanart from “Over the Garden Wall.”

Taking advantage of multimedia may break up classroom monotony and improve learning. Ferreira added, “any form of art that lends itself to close reading is a valuable form of art to have in an English classroom. The more accessible, the better. Ultimately, freshman year, students need that foundation of knowing how to become experts with material that they like, as opposed to just trying to force down the same pieces of literature. As a teacher I’ve reflected a lot on this. Often times, students lose their love for reading in high school, in part because the texts stop being engaging.”

Morgan stated that “technology has come a long way since I was in high school.  New innovations now allow teachers to bring experts, interactive practice, and resources into the classroom on a daily basis with the press of a button — advantages that are invaluable for educators.” However, Morgan concluded, “that being said, as an old school book nerd at heart, I can’t think of any technologies that truly take the place of physical books, the skill of annotating, and the art of intellectual discussion in the classroom.”