There are three hundred million people eligible to vote in the United States presidential election, so it is easy to feel as though your vote does not matter.

And you may be right—your vote will not be the key vote that decides who will be the president of the United States. But you are not the only person deciding whether or not to vote this year. In 2012, there were almost more people who didn’t vote than there were people who did. If the eligible voters in the 2012 election who did not vote all voted for one person, that person would probably be the president of the United States. Even though the electoral college actually elects the president, they make their decisions based on the votes of their constituents. Each person during that election did not think their vote mattered, but in the aggregate, they could have elected any person they wanted. Some people argue that the electoral college makes their vote irrelevant, but the popular vote is still a good indicator of who will win the presidency.

When you vote, you are not making that decision alone. When you decide to vote, you are not just adding one vote to the candidate you support. You are doing so because you think it is a good idea for you to vote. Maybe you make this decision out of a sense of civic responsibility, maybe you really want one candidate to be president, or any number of other reasons. If you choose to vote, you are making the decision that, for you, the hassle of voting is worth having a say in your country’s political process. If you make that decision, then not just you, but anyone who has the same opinions about voting as you is more likely to come to the same conclusion and vote. If you believe that it is worth it to vote, then people who feel similarly about voting are also likely to vote. In this way, your vote is worth much more than just one vote, because your decision to vote is a signal that people like you will also vote. The inverse is also true—if you choose not to vote, people who are similar to you will make that same decision.

Signing up to vote is fairly easy. If you are a citizen of the United States who will be 18 by November 8, 2016, and you are not a convicted felon, you can register online here. It is straightforward, except for one step. If you are registering as an independent, select “I do not want to disclose a party preference,” avoiding a common mistake by not registering as a member of the American Independent Party. If you register as an Independent, you can vote in the Republican primary, but not the Democratic primary.

Once you’ve registered, just show up to the polls with identification between 7:00 AM and 8:00 PM on June 7 for the primary, and then show up to the general election on November 8. Or, you can choose to get a mail-in ballot, and mail your ballot in, removing the need for you to go to the actual polls. It takes almost no time to register and vote. If you are frustrated with the current political system, or if you like it and want to see it remain the same, get out to your polling place and make your voice heard. 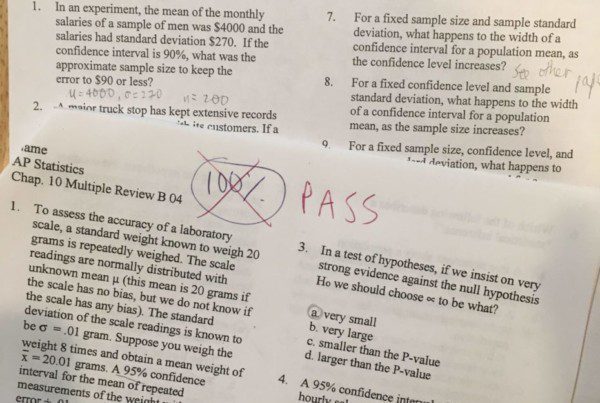 Opinion: No Reason to Get Rid of Normal Grades in Distance Learning