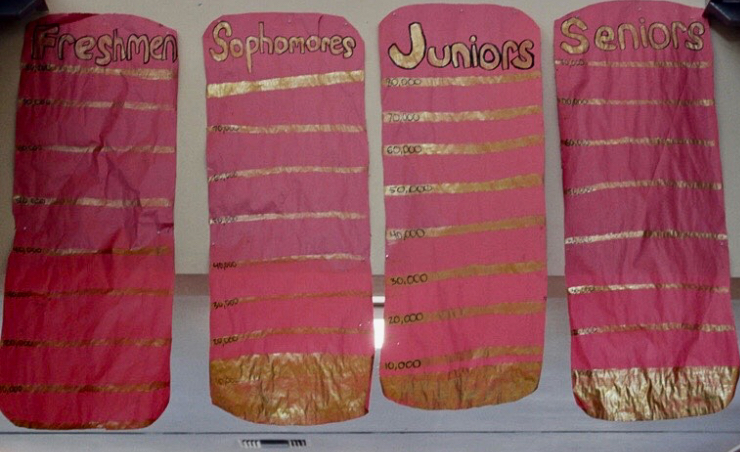 At M-A, there are many students who do not have the privilege to stand outside of a Safeway for multiple hours. There are students who have to work to provide for their families or have to watch after younger siblings. In fact, there are students who don’t have enough to eat themselves. According to Amoroso, as of now, about 270 M-A families are set to receive food from this year’s canned food drive, and that number is only increasing. It doesn’t make sense for a student who receives cans to collect them too, or to reach into the back of the pantry and bring those cans to their third period class for extra credit.

It would be unfair for students who are unable to participate in the canned food drive for reasons outside their control to be ineligible to receive extra credit in their classes, especially when some students may receive extra credit by having their well-off parents write a check. Monetary donations made to the Second Harvest Food Bank usually go towards fresh produce and frozen meats, but one dollar has the same impact as four cans. French teacher Florence Tubiana wrestled with offering extra credit for canning because it would “help the community” but ultimately decided it was “an issue of equity.”

There is also the question whether providing extra credit for a non-academic activity challenges academic integrity. Many departments already have strict guidelines for what is worthy of extra credit. Tubiana said, “In our department we’re very clear on what kind of extra credit can happen and what the nature of extra credit is—it’s always related to either the language or the culture.” Extra credit should be an opportunity to further a student’s understanding of a topic, it shouldn’t be given for something unrelated to the class.

There are many motivations for students to go canning besides extra credit. Students can satisfy their service requirements or go canning for the sake of doing a good deed. The third period class that collects the most cans receives a catered In-N-Out lunch and the grade level that collects the most cans gets donuts. “500 cans gets you the coveted can-food-drive t-shirt,” said Amoroso.

If these incentives aren’t enough, Leadership Ambassadors are encouraged to set up a special goals within their third period class. Sometimes this manifests as extra credit if the teacher complies, but sometimes there are even better alternatives. They could have a class pizza party or watch a movie if they meet their goal. Another problem with offering extra credit is who in the class gets it? Only the people who go canning? We already know that is an issue of equity, but if the whole class gets extra credit it’s unfair for the few students that go canning for multiple hours, multiple times a week. It is also unfair because students who have the same teacher for a different period might not be able to get extra credit for a specific class but the third period students can, thus artificially increasing that period’s grades.

Non-academic rewards, like class parties, that benefit the whole class are the best incentives because there is no pressure to go canning to improve your grade. Class parties also avoid the messiness of who deserves being rewarded because the point is that everyone gets to enjoy it. While well intentioned, using extra credit as an incentive for canning is fundamentally inequitable, creating opportunities for more privileged students to improve their grades while leaving those whom the drive is supposed to benefit behind.