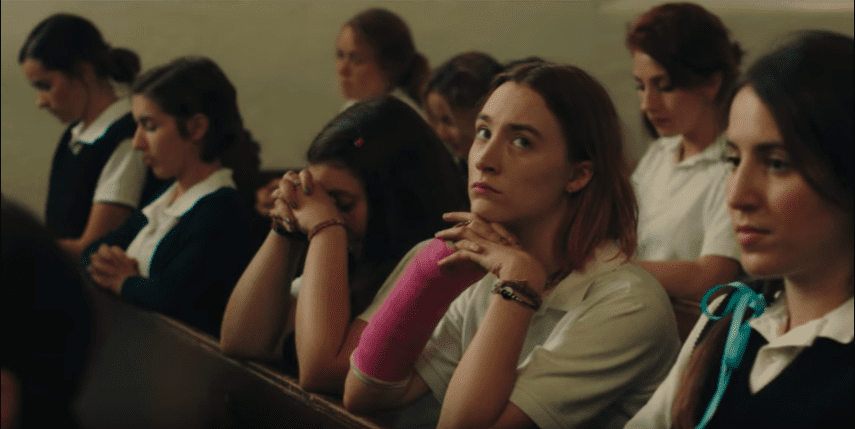 It’s December. I am slouched in the Guild Theater’s slightly uncomfortable wooden-backed seats, watching “Lady Bird” as a welcome break from the final stretch of my college application process. My mom is to my right, my dad on the other side of her.

On screen, Lady Bird (Saoirse Ronan) — the name that Sacramento high school senior Christine MacPherson has given herself — is, like in most of the movie, fighting with her mom (Laurie Metcalf). They are arguing about how the family is going to pay for Lady Bird’s college education after her father recently lost his job and her mother’s nurse salary is already stretched thin. Lady Bird wants to attend a private college, but her frustrated mother doesn’t think that it is feasible, and reminds Lady Bird of how expensive it has already been just to raise her. Lady Bird is visibly shaking, clutching a yellow legal pad in her hand encrusted in a bright pink cast. “Give me a total,” she nearly spits. “Give me a total of what I owe you and I will make a lot of money and pay it all back to you so I never have to speak to you again!”

Her mother is silent for an agonizing moment. Finally, she brusquely replies, “Well that’s not possible, because you’ll never get a job that pays enough.”

Lady Bird lets out an enraged scream, throws the legal pad to the floor, and storms out of the room. 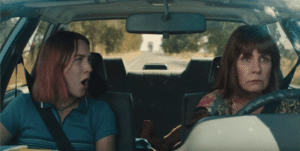 Lady Bird and her mother argue in the opening scene of the film.

It is a heartbreaking scene. I see myself and my mother so clearly in Lady Bird and hers, in the way they love each other so much they can’t stand each other, in the way they want to stop fighting but are both too proud, in the way they both want so desperately to please the other but just can’t seem to figure out how.

I relived this scene at last night’s Academy Awards. Ronan was nominated for Best Actress in a lead role, and the clip I described above was shown when they announced her name. This time, however, rather than the bittersweet joy of seeing my own complex relationship with my mother represented on the screen, I felt a sinking disappointment as the entire theater, full of the world’s biggest movie-makers, laughed at Lady Bird. They laughed at her mother’s biting remarks, at Lady Bird’s angry scream — they laughed at her. I, too, felt myself let out a small chuckle, but I also felt a part inside of myself wilt. Here was this scene, which had resonated so profoundly with me, and there was this room of people laughing off her anger as if it were childish rather than poignantly heartbreaking. Or was it funny? Hadn’t I laughed too? 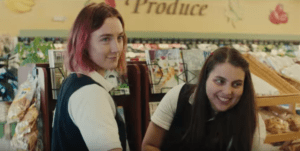 So often, teenage girls are told that we are overreacting; we are told to let someone else handle the situation; we are told we don’t understand. We are told that we are dramatic, catty, gossipy, dumb, and that our voices do not matter, to the point that we start to believe it. Gerwig and the cast of “Lady Bird” accomplished something quite remarkable with this film: they refuted those stereotypes and accurately portrayed our experiences, and they did it in a way that felt so universal it became one of the most critically-acclaimed films of the year. Lady Bird was perfectly flawed; she was nuanced; she was honest; she was lovable. Above all, she made me feel seen. That so many other people also related to the film, outside of the demographic of a teenage girl, made me feel further validated.

And yet, for all the fanfare, for all the recent conversations Hollywood has had about women in film, “Lady Bird” still was not enough for the Academy — or the stars in the audience — to finally take the teenage girl experience seriously.