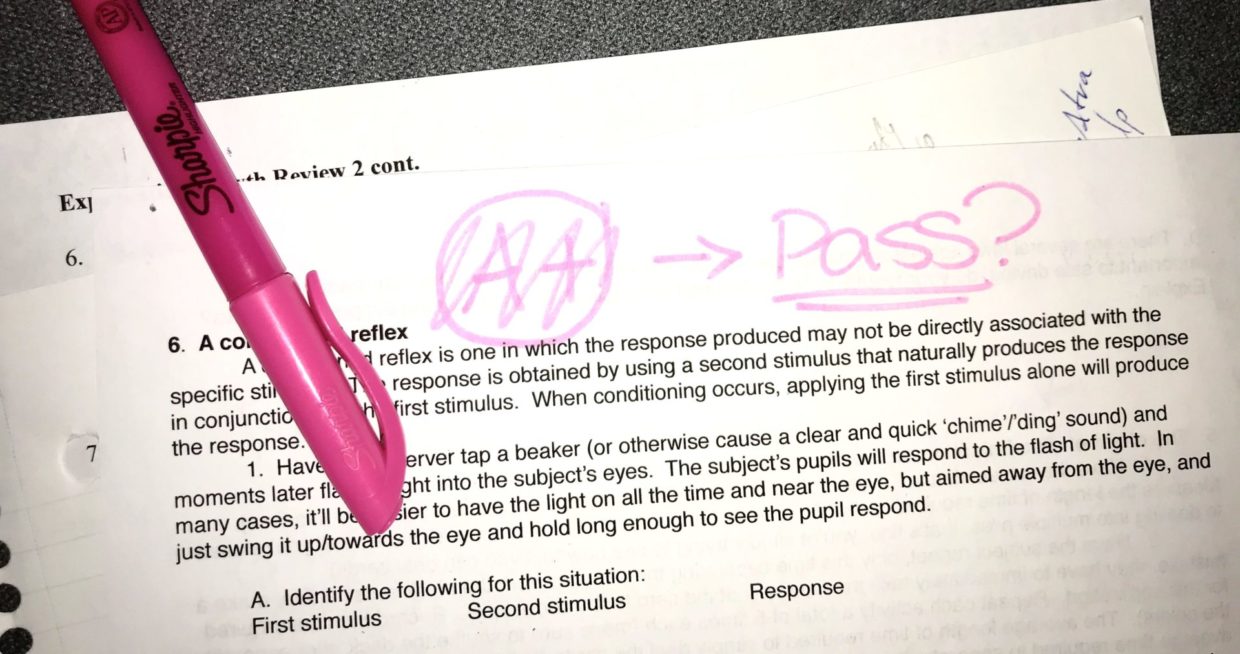 The COVID-19 crisis has—among many revelations—shown how difficult it can be for some students to complete schoolwork at home. With the Sequoia Union High School District’s decision to suspend in-person learning for the remainder of the academic year, the SUHSD Board must act with equity in mind and adopt a universal pass/fail grading system, following the examples of neighboring Palo Alto Unified School District and countless universities nationwide.

Following M-A’s motto, our school and district draw from a pool of students with a diverse range of socioeconomic backgrounds. As a paper, we have covered how opportunity gaps present in M-A’s feeder middle school districts contribute to unequal levels of preparation for students arriving at M-A. Yet still, in the classroom, there’s some level of equity—everyone is handed the same paper assignments, attends the same lectures, and takes tests under the same conditions. If home life is crowded and it’s difficult to focus, students have access to a quiet study space in the library and to academic resources such as the Tutoring Center and Writing Center.

But when students were sent home on March 13th, this minimal level of equity was erased as students were met with different home learning environments. Some students already had their own quiet workspaces equipped with high-speed WiFi. Others had to borrow Chromebooks and are faced with spotty WiFi connections at home. Others had to increase work or childcare responsibilities to support their families. Some simply have more stressful home environments. Regardless of specifics, the fact is that two students in the same class may have completely different home situations, one of which may prevent a student from completing work to the same standard as with in-person learning. In fact, 15% of SUHSD students have not participated in a single distance-learning activity thus far.

Further, despite immense efforts on the part of faculty, administrators, and students alike, the standard of learning is just not the same as with in-person learning. Instead of over four hours of in-person instruction per class during a normal week, classes are limited to two hours of work per week (three for AP classes). Some classes do not have virtual instruction in the form of lectures at all, opting for individual student work and virtual office hours. Without the same level of in-person instruction and support, it can be more difficult for students to grasp the material, not even accounting for inequities in home-learning environments. Teachers haven’t necessarily had the chance to align expectations, especially with the absence of classroom tests and quizzes. Moreover, it is much easier for students to cheat on both assessments and assignments. Many teachers use Canvas to administer tests and likewise for uploading assignments. With Canvas quizzes, there is nothing preventing a student from searching up answers in their notes, on another device, or colluding with fellow classmates. Essentially, the measures in place to make sure grades are fair across teachers are no longer present to the same degree with distance learning.

As such, letter grades are no longer reflective of actual performance in a class. With discrepancies in terms of access, environments, and cheating, how can a teacher plausibly differentiate now between an 89% and a 90% for a student? Should the student with a comfortable home-learning environment get the A over a student who has a sick relative and a laid-off parent? Should the cheater receive the A over the morally sound student?

Grades should not be at the forefront of students’ minds during this public health crisis. Pass/fail grading—to the greatest degree of the proposed options—would account for these inequities by not punishing those with difficult home learning situations and not unfairly advantaging those with comfortable ones.

One of the most commonly voiced concerns about pass/fail grading is that SUHSD students will be at a disadvantage during the college admissions process. This concern is largely misplaced, however, given that many colleges—including the University of California (UC), California State University (CSU), Harvard, and Stanford—have stated that students with pass/fail grades will not be disadvantaged in the admissions process. This makes sense, given that many universities have themselves adopted universal pass/fail grading systems to address inequities stemming from distance learning. Colleges won’t hold a pass grade against applicants; they could, however, hold a low letter grade against someone with a difficult home situation.

No, pass/fail grading will not “invalidate” or “hide” the hard work of students during this semester and previous academic years. For the purposes of college admissions, students already have records to show for in the form of previous semesters’ grades and extracurricular involvements. Teacher letters of recommendation can shine additional light and background on a student’s efforts and talents, especially during this uncertain time.

The District should ultimately prioritize concerns of inequity over those of hindered admissions prospects (which are largely unfounded). A pass/fail grading system would level the playing field somewhat for those hardest hit by the transition to distance learning and relieve overall stress during the crisis. There is simply too much inequity present at this time to be accounted for by the nuances of letter grades. Grades should be based on talent and effort, not on class.