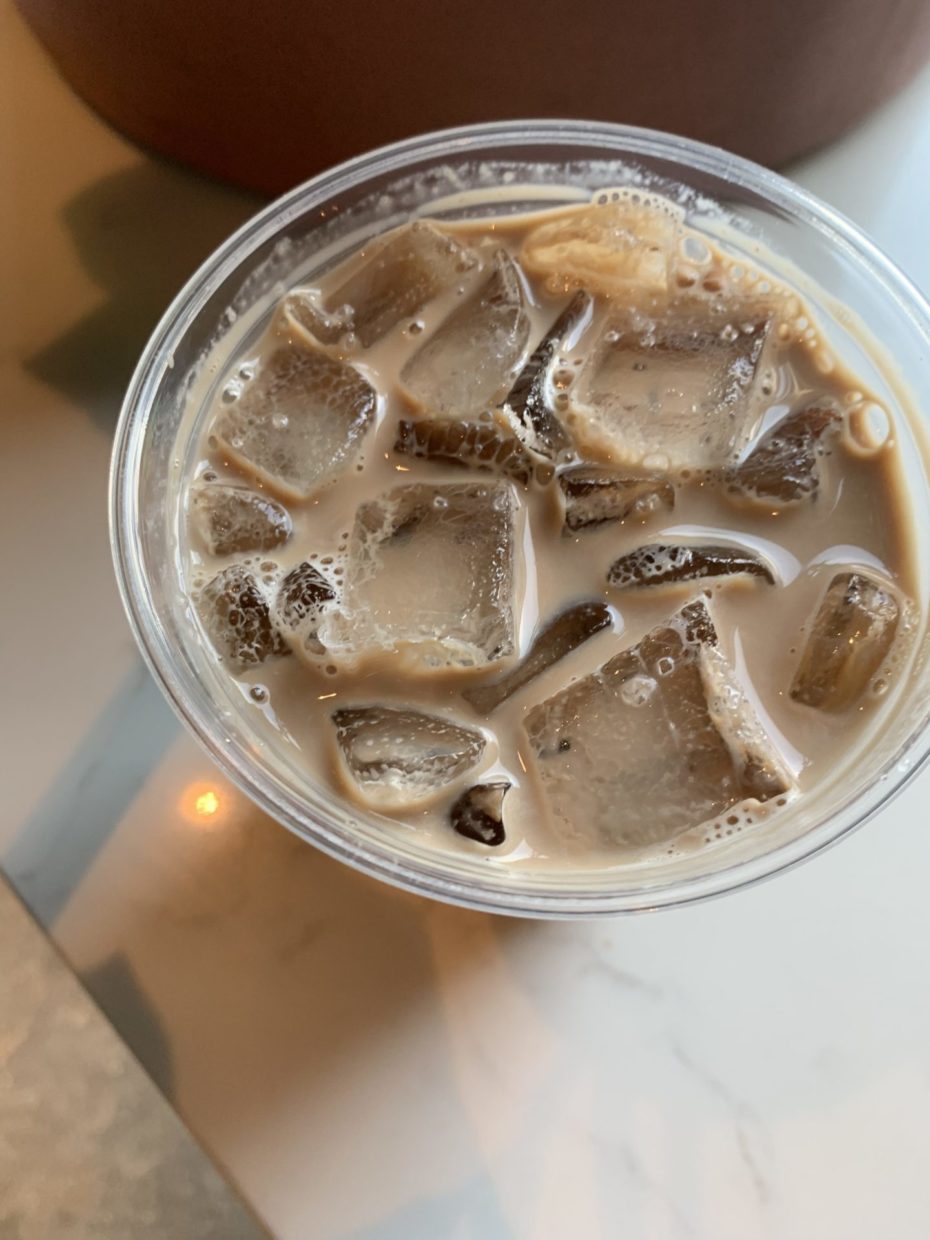 America’s leading nonprescription drug, surprisingly, is none other than coffee, or rather, the caffeine found within it. Most can admit to having turned to the notoriously stimulating drink to stay up for an extra couple of hours to finish their homework when they look up and see the clock reads midnight. For others, coffee acts as a means of starting the morning on the right foot, after a long night of studying; it’s a vicious cycle. 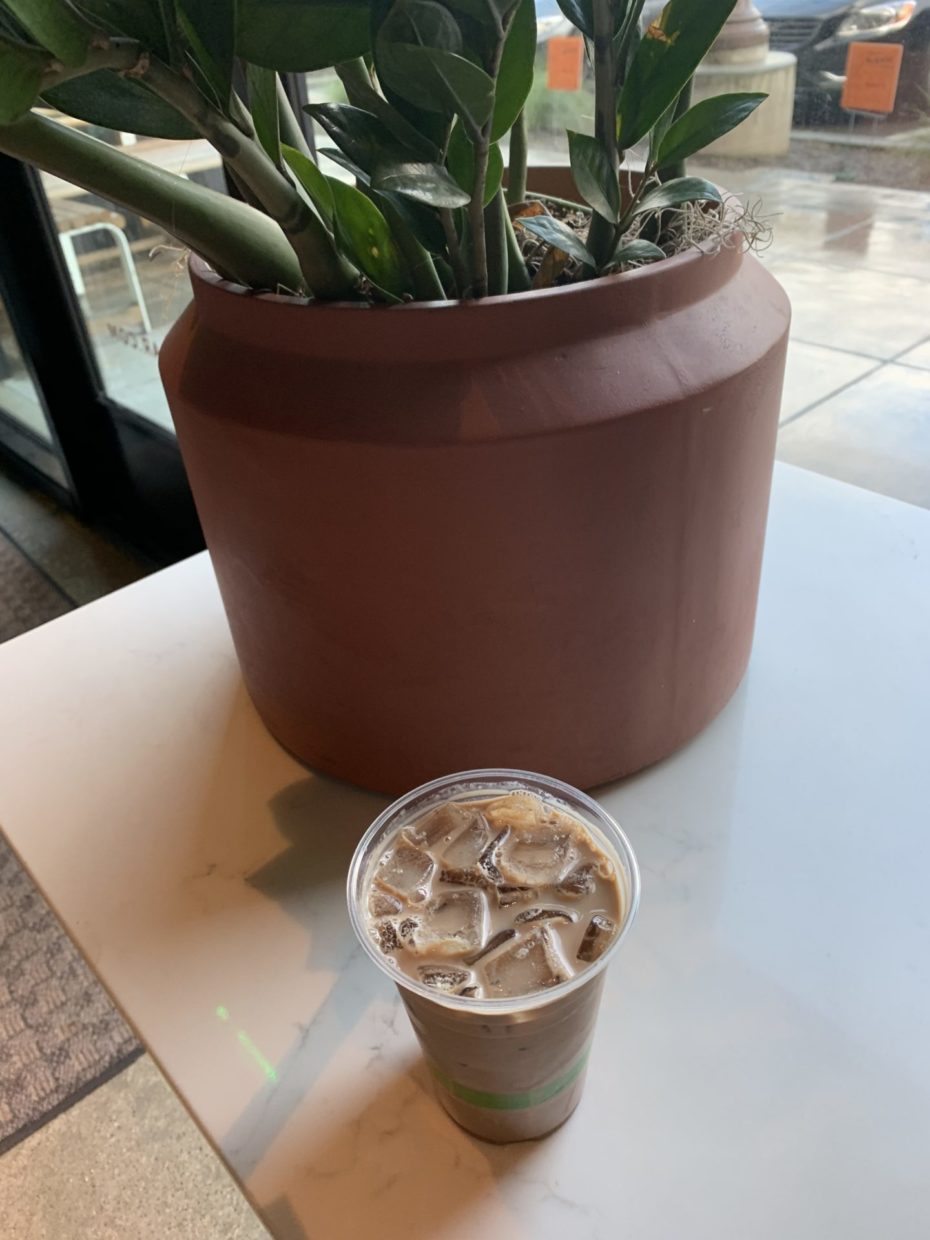 An iced latte from Coffeebar in downtown Menlo Park.

I take a zero period. Every morning I wake up exhausted, wishing for an extra ten minutes of sleep that I could use to get myself out of bed when perhaps, a cup of coffee could be more effective.

Last summer, South Korean schools banned coffee and other caffeinated drinks from school campuses. The ban was called for due to the high academic pressure in South Korea, characterized by students staying up later to complete their work before the next day at school. South Korea holds the leading rank as the number one coffee consumer in Asia, with the average Korean drinking an average of 181 cups of coffee per year. Meanwhile, the average American drinks up to an average of 266 cups of coffee per year.

Caffeine is known to produce cortisol in the body, which, in excess, leads to health problems including anxiety, weight gain, and possible heart disease. Robin Drucker, a local physician, stated that “Caffeine increases your blood pressure, which does take its toll on your cardiovascular health. I see a lot of teens with borderline hypertension due to their large daily intakes of caffeine.” In addition, it increases the risk of developing insomnia and digestion issues. Drucker mentioned that “you can have withdrawal symptoms when you stop drinking caffeine.

The symptoms can be as minor as a headache or irritability. However, people can also have more significant withdrawal symptoms such as night sweats, difficulty falling or staying asleep, shakiness, and changes in blood pressure.” Medical oncologist Pamala Kunz talked about the negative impacts that caffeine can have on children: “Caffeine now exists in many forms that are attractive to kids – flavored teas, boba tea, sugary drinks like Coke, etc. From personal observations with my own children, I think that caffeine can make kids jittery, anxious, and keep them awake at night.” Caffeine also promotes the unhealthy and competitive habits that so many of us have fallen victim to— staying up far too late in order to accomplish all of the day’s responsibilities. 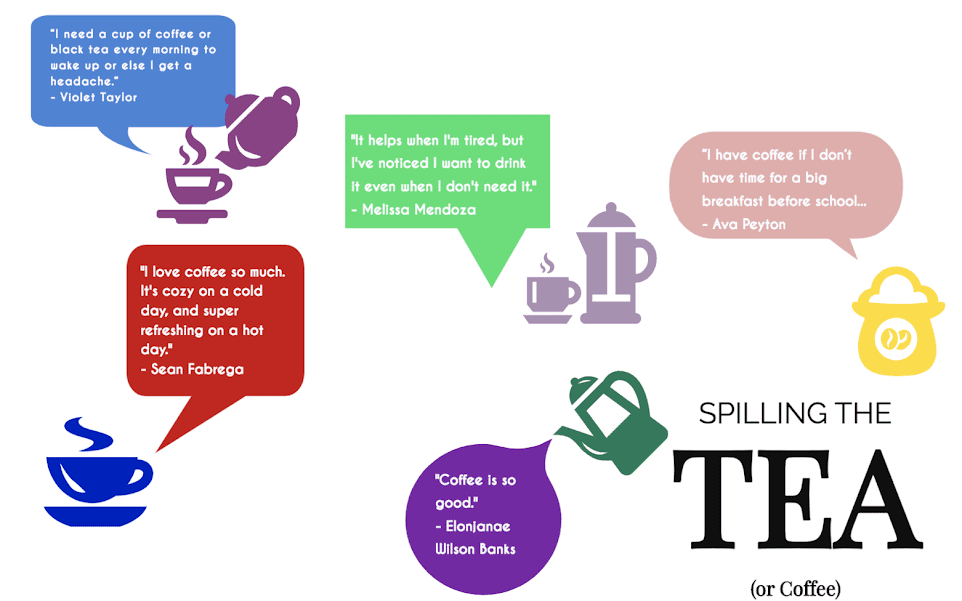 Despite the potential downfalls, there are some benefits to drinking your daily latte. Drucker concluded, “Now all that being said, I don’t think that caffeine is the worst thing in the world. Having it in moderation is key. Too much of anything is never good.” Similarly to Drucker, Kunz agreed that coffee can be good in moderation. “In adults, I think that the benefits outweigh the risks when caffeine is used in moderation.” Research finds that coffee has the potential to result in a longer lifespan, and lower the risk of diabetes and Alzheimer’s disease. Harvard Health also associates caffeine with a reduced probability of developing dementia later in life. So, in moderation, coffee is not only fine but just may, in fact, be beneficial.

Like anything, in excess, coffee can certainly cause harm. For this reason, it would be beneficial to find a healthier alternative, one with little to no caffeine, such as water, juice, or a decaffeinated option. Although one cup of coffee won’t make a substantial difference, in the long run, the health risks for children simply are not worth staying up that tiny bit later, and waking up slightly earlier (or more enthusiastic) in the morning.