This story will be featured in this year’s Spring Issue of The Mark.

The modern literary canon—the works or authors generally expected to be taught in schools—is no stranger to debates over diversity. While the canon has evolved to be more diverse in the past few years, there are still gaps—one of which is the inclusion of queer perspectives.

LGBTQ+ representation, like the inclusion of any other minority group, must be overt and clear in order to properly confront and discuss the struggles and challenges unique to that identity. Yet, in my four years of taking English at M-A, I’ve never been taught a novel or play that clearly and overtly includes the experiences of queer people like myself. It can be discouraging that part of my identity is not reflected in what I’m learning. An English teacher pointing to the interactions between two friends as evidence of a queer relationship is too covert for it to count as substantial representation. It just isn’t enough.

A lot of the literature that I have encountered in my English courses are classics like Shakespeare’s The Merchant of Venice and Homer’s The Odyssey, which were written so long ago that the lack of queer characters isn’t surprising. Yet I’ve also read more modern novels in English courses, like Invisible Man, A Thousand Splendid Suns, and The Handmaids Tale, that all deal with various important social problems, but there aren’t any that provide queer representation. The omission of LGBTQ+ perspectives suggests to students that their experiences and identity aren’t important enough to include and implies that there isn’t anything to learn from their stories.

Sophomore Eva Grant said, “I think it’s really important that everybody gets representation and has role models and people to look up to.” They added that the inclusion of queer novels “can show [queer students] that the school thinks that their stories are important, and that queer people in general are important. It can also help students become more connected to the stories if they relate to the people in them.”

English teacher Lisa Otsuka said, “If there’s any department that should be doing it, it’s us, because the primary job of literature is to give a voice to people who otherwise wouldn’t have a voice, to give power to people who otherwise wouldn’t have power.” She explained, “If we don’t have representation we reduce groups to a single story. That all queer people are this or whatever group. One way we can increase contact is through what we’re reading in our classes.”

Reports by groups such as the Gay, Lesbian & Straight Education Network (GLSEN) show that the inclusion of LGBTQ+ people in the literature can be an incredibly important factor in how safe and supported queer students feel at school. GLSEN’s 2019 National School Climate Survey found that only 19.4% of LGBTQ+ students nationwide were taught positive representations of LGBTQ+ people and history.

When compared to students that didn’t have a LGBTQ-inclusive curriculum, the survey found that those that did “felt greater belonging to their school community,” were “more likely to report that their classmates were somewhat or very accepting of LGBTQ people,” and were less likely to hear homophobic remarks and feel unsafe at school. Despite this, GLSEN’s survey also shows that the percentage of students reporting positive LGBTQ+ representation in school remained relatively even between 2001 and 2019, at around 10-20%.

In California, the 2011 FAIR Education Act requires that schools teach LGBTQ+ history. This most explicitly applies to history and social studies curriculums, so queer voices are already supposed to be included in M-A’s curriculum. But literature has the ability to do things that non-fiction can’t—good fiction can create connections between the reader and the characters, and creates an understanding of the characters and empathy for the challenges they face.

In his book The Better Angels of Our Nature, Harvard psychologist Steven Pinker argues that reading fiction can expand one’s sense of empathy for others and their experiences. In one experiment that Pinker references, literary scholar Jèmeljan Hakemulder had participants read either Malike Mokkeddem’s novel The Displaced or Jan Goodwin’s nonfiction Price of Honor, and found that those that read the novel became more sympathetic to the experiences of Algerian women and were less likely to “blow off the women’s predicament as part of their cultural and religious heritage.” Pinker also compares this to “the chronology of the Humanitarian Revolution, in which popular novels preceded historical reform, [which] may not have been entirely coincidental: exercises in perspective-taking do help expand people’s circle of sympathy.”

Incorporating new perspectives into the canon requires a lot of independent exploration because our teachers best know the canon they were taught, which didn’t have much diversity. So, after some extensive reading, here are some recommendations for novels that feature LGBTQ+ narratives and some notable quotes. “She was horrified to perceive how low an opinion she was forming of the other sex, the manly, to which it had once been her pride to belong. ‘To fall from a mast-head,’ she thought, ‘because you see a woman’s ankles.”

“And here my baby came indeed, through all that sunlight, his face flushed and his hair flying, his eyes, unbelievably, like morning stars.” Jeanette Winterson’s Oranges Are Not the Only Fruit

“I think you’re beautiful, the only beautiful person I’ve ever seen. I love your voice and everything to do with you, down to your clothes or the room you are sitting in. I adore you.” 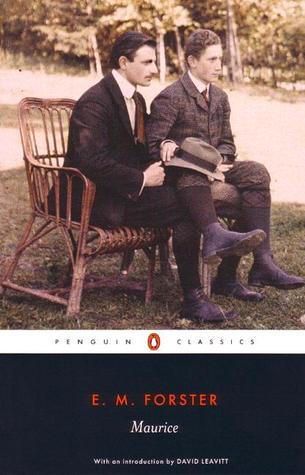