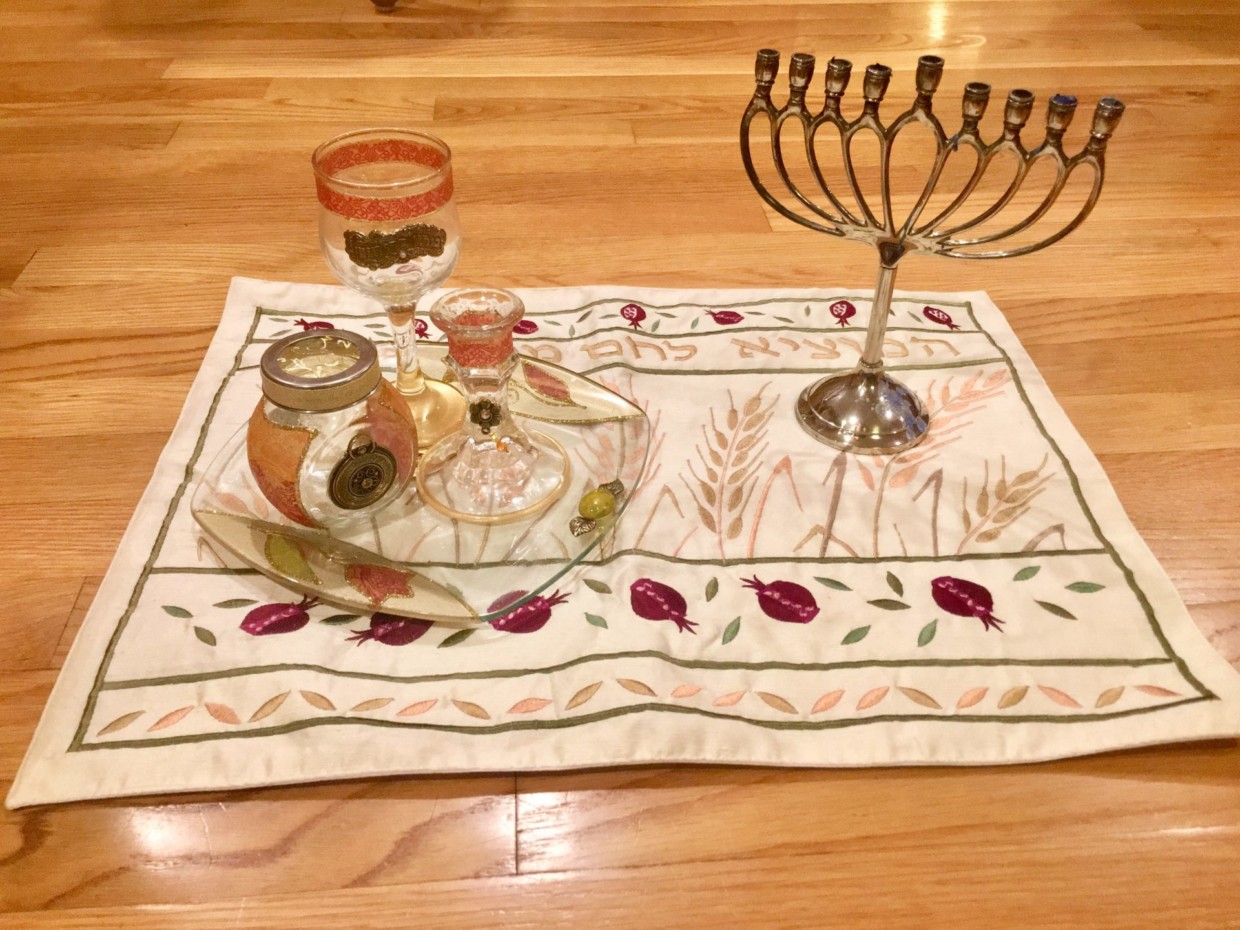 Opinion: High holy days in Judaism should receive time off from school 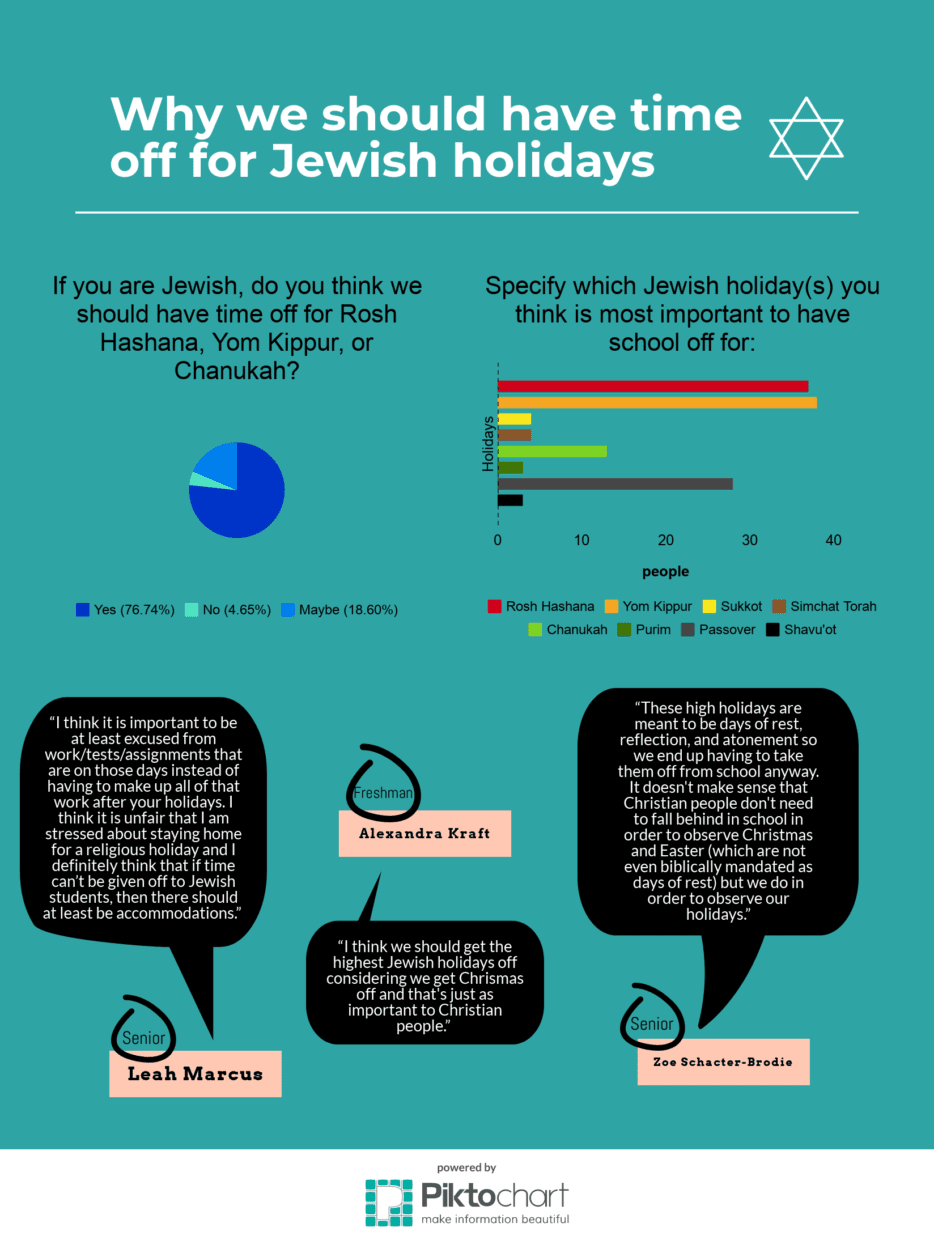 Each year, Jewish students are forced to choose between religion and school. The High Holy Days of Yom Kippur and Rosh Hashanah often take place on school days, so those who want to observe these holidays at their synagogue must take time off from school and make up any work they missed.

These are the most important holidays in Judaism and have “centralized gatherings and services that cut into school time,” as stated in junior Russel Ives’ response to our survey of 60 M-A students.

Additionally, it is traditional to fast on Yom Kippur in order for Jewish students to repent for their wrongdoings over the past year. Some students attempt to attend school while still observing the fast, limiting their mental capacity and effectiveness in class. Although Jewish students have permission to leave school to observe holidays in our district, they must make up the work they missed, pressuring students to choose to go to school instead of fully observing holidays for fear of falling behind.

Christmas takes place over winter break, so students do not even have to think about schoolwork while celebrating it. As senior Zoe Schacter-Brodie pointed out, “It doesn’t make sense that Christian people don’t need to fall behind in school in order to observe Christmas and Easter (which are not even biblically mandated as days of rest) but we do in order to observe our holidays.”

In the survey, sophomore Hannah Baum said, “I think that Jewish students should get time off for Rosh Hashanah, Yom Kippur, Chanukah, and Passover because they are the most widely observed by Reform Jews, and most Jews in this area practice Reform Judaism. Also, in my opinion, the previously mentioned holidays hold the most significance to Jewish history.”

So why do schools not have time off for Jewish holidays? Sequoia District Teachers Association (SDTA) President Edith Salvatore explained, “The teachers’ union and the district negotiate the calendar. Before proposing anything for the calendar, SDTA surveys its members about their priorities and preferences. We then attempt to craft a proposal that matches those priorities while also best serving the students of our district.”

Salvatore explained that there was not enough interest to change the district calendar to accommodate Jewish holidays.

She said, “it was pretty much just part of our family tradition that that is what we would do when the holidays came around.”

Rick-Kennel explained that as a public school, “we would then have to look at holidays across the board for all religions,” but acknowledged, “traditionally, and I think this frustrates a lot of people, that the calendar based for holidays is typically based on what the Christian holidays are, just because that’s what the majority of people… seem to follow to some degree.”

“If students want to take a religious holiday for any religion, then, of course, they shouldn’t be penalized for missing school for that,” and, “as a school in a district, we try not to schedule any big school events on the high holy days,” Rick-Kennel said.

Rick-Kennel clarified that “any student absence for regardless of the reason, per the education code, students can’t be penalized as long as it was excused.”

As for the burden of having to make up school work while absent, Rick-Kennel said, “I think just an awareness that students might be missing and… an understanding that ‘Hey if you know that a third of your class is going to be out, right, given, there’s a religious holiday, are there ways to mitigate how much is going to have to be made up?’”

Opinion Perspectives State of our Education Top Stories No Comments