Opinion: Chronicle Staff Members Face Off over Fairness of the Warriors’ Latest Acquisition

After three championships in the last four seasons, the Golden State Warriors signed yet another all-star in center DeMarcus Cousins. This blockbuster signing has many NBA fans exasperated, frustrated by the potentially unbeatable team that Golden State had created.

So what do our writers think of the Warrior’s addition of yet another superstar?

With the exception of the 2015/2016 season, the Warriors have absolutely dominated the NBA. Out of the last 328 regular season games the Warriors have played, they have won 265 of those games, totalling a win percentage of 80% in the last four seasons. Additionally, they have won the NBA finals three out of four of those years. Fast forward to July 2018, the NBA is shocked when all star center, Demarcus Cousins, signs with the Warriors. Of course the Warriors were thrilled, but where does that leave the rest of the NBA? 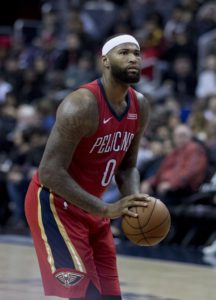 Ten years ago, super teams were not in existence yet. Players would stay loyal to their teams, and wait to become dominant instead of choosing to go to a team that is already extremely good. For example, Kobe Bryant was drafted by the Los Angeles Lakers, and stayed loyal to the Lakers, playing all 20 of his incredible seasons in LA.However, in this era of basketball, super teams with three or four all stars dominate the NBA. The Golden State Warriors are the main super team in 2018, with five all stars filling up their starting lineup. Even though this is unprecedented, the Warriors are ruining the NBA by making it uncompetitive, and disrupting the average NBA player’s mentality.

As the Warriors become better and better as each season passes, the NBA increasingly declines in competitiveness. Each team wants their very best shot to beat the Warriors, so teams will sometimes rest their best players during games against worse teams. Although more players are rested for big games against the Warriors, every single other game seems a lot less important. When there are bench players starting while the starters rest, the game becomes instantly less exciting. The talent shown in games decreases. Bench players are bench players because they are not good enough to start for their teams. But when the starters choose to rest, and bench players start for them, the level of talent drops down to the level of the bench players. In March of 2017, the Spurs and Warriors were set to face off on national TV on a Saturday night. Both coaches decided to rest all of their starters after a long stretch of road games. Fans were unhappy, the internet was unhappy, and the NBA was unhappy. From one decision to not start starters, an NBA Saturday night primetime game was reduced to an uncompetitive scrimmage in front of a quiet San Antonio Crowd. Fans, players, opposing teams, and the NBA are all let down with the Warriors being as dominant as they are.

Two seasons ago, Kevin Durant made the most controversial decision of his career by leaving the Thunder and signing with the Warriors. The trend that Kevin Durant set was followed by Demarcus Cousins two years later when he chose to leave the Pelicans and also join the Warriors. Many people feel worried that the pattern of all stars signing with already dominant teams will become a trend for every NBA player. Durant and Cousins are not only role models for kids, but they are also role models for players who are not as talented, this is why Cousins should not have signed Warriors. Cousins displayed that it is OK to take the easy way out and sign with an amazing team. He is teaching players not to accept challenges that will eventually make them better. Players like Cousins worked hard to get where they are at today, except by not accepting challenges, the overall character of the individual player in the NBA will decrease.

Being a warriors fan since I started watching basketball, I try to enjoy their current success for as long as it lasts. And is the teaming up of 5 all stars really bad for the league? Not only have the warriors helped increase the league’s popularity since they’ve rose to NBA royalty, but the team has not been as utterly dominant as advertised by the media.

In the 2015-2016 regular season, the warriors won a record 73 games, dethroning the 72-10 mark held by Michael Jordan’s Bulls of the 90’s, but were stifled by the league’s best player Lebron James and the Cavaliers in the Finals. Last season in the Western Conference Finals, the Warriors came an injury away from missing the Finals entirely, when Rocket’s star point guard Chris Paul was sidelined for the last game of the series, giving the Warriors a much easier route to the championship. The addition of another all-star in DeMarcus Cousins, who is a one-year rental that will only play half of the season anyway because of injury, is a far cry away from team stacking. 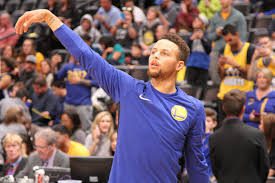 Another factor that justifies the Warriors attracting superstar talent while being a championship team is the impartiality of the league’s conferences. In the last 5 years that the warriors have been climbing to the top of the NBA food chain, the Western Conference has also been improving yearly, as there has been a westward migration of talent. In an article by Newsweek, a chart displaying player win shares (a statistic that measures a player’s contribution to their team’s wins), expressed that out of the league’s top 30 players in win shares from each conference, only 2 in the top 10 play in the Eastern Conference. Additionally, Lebron James, the dominant force of the league, signed to the Los Angeles Lakers this summer, furthering the weight of power in the Western Conference. As a result of the current disparity of the league, the Warriors are forced to improve their team each year to stay atop the west.

Aside from arguments of fairness, the central goal of all professional sports teams is to build a team that can win championships. And the Warriors are succeeding in that goal to almost the highest possible extent. The organization has built a desirable location for possible acquisitions by acquiring quality people at all levels, from the front office, to coaches, to their players. In Kevin Durant’s letter released on The Players’ Tribune in July of 2016 announcing his move to the warriors, Durant disclosed that the Warriors organization at the time offered a, “community which offers the greatest potential for my contribution and personal growth.”

In Cousin’s Players’ Tribune letter explaining his move to Golden State, he expressed the selfless nature of the team, and their focus on team success over personal accolades. He closed his statement with, “A year from now, looking back, I know this is going to be the best decision I ever made.”