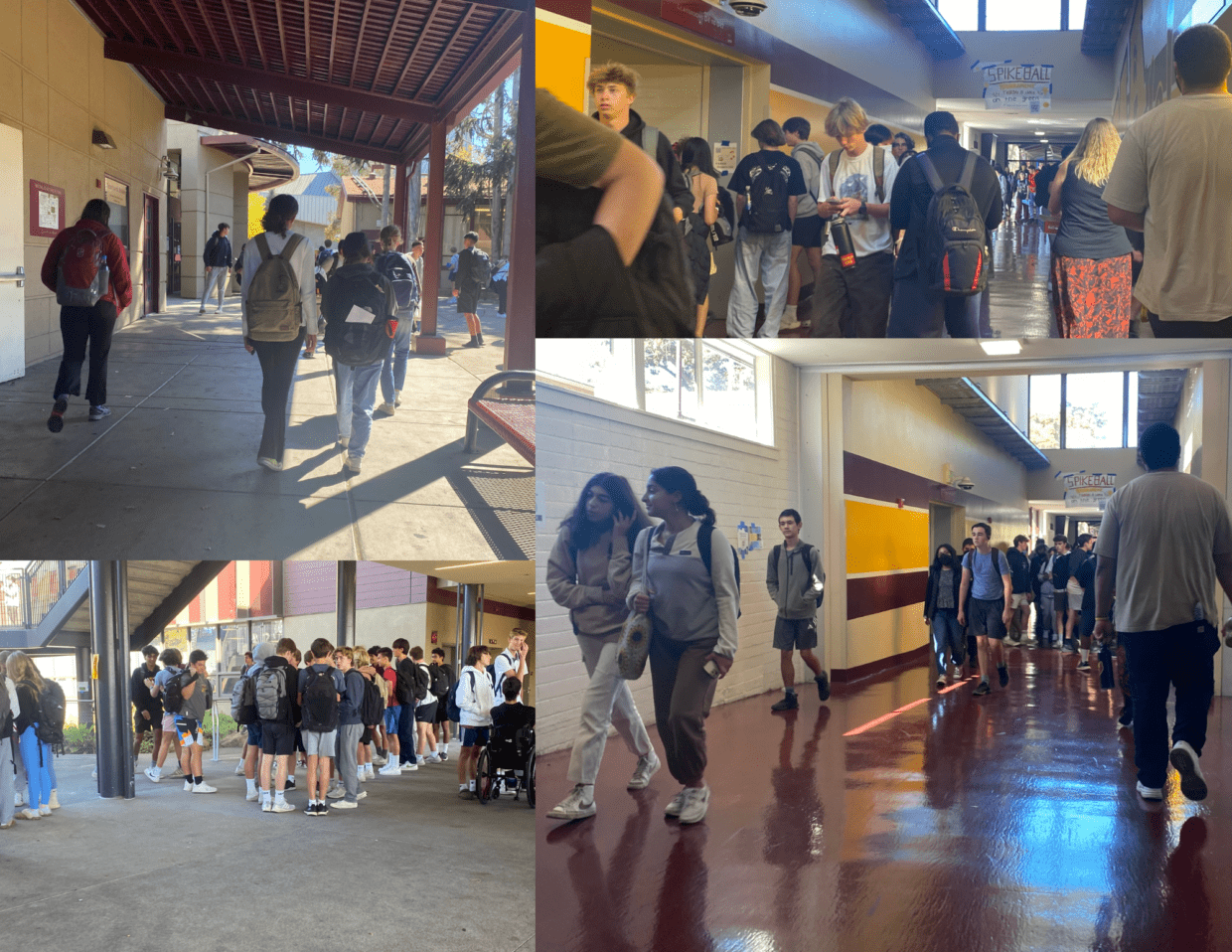 After months of hallway rowdiness accompanied by near-daily hall sweeps during last year’s second semester, M-A’s campus appears much calmer this year. While hearing students shouting or running through campus was common last year, this school year seems to have had fewer issues with student behavior in the halls, both between and during classes.

Administrative Vice Principal Tara Charles said, “It feels like a weight has been lifted. There’s not as much tension between students and staff, and there’s less resistance and lagging behind when we ask students to try to get to class promptly.”

Campus aide Rob Lee said, “Last year, there was a lot of wandering, not wanting to go to class, skipping class, and ditching class to be in the restroom. This year, it’s been a lot better in all those aspects.”

Last year, “the transition from distance learning and having to reacclimate to school,” Lee said, likely contributed to rowdy hallway behavior. He continued, “Getting to class on time was a big one. During distance learning, students could log into Zoom from the comfort of their bed in their pajamas, and now it’s like, ‘You have five minutes, you got to get there. You got to be in class.’ So last year, in that aspect, it was a lot tougher. This year, there’s still some stragglers, but overall, it’s a lot better.”

Charles agreed, adding that on top of the transition back to in-person classes, “some of the school-avoidant behavior came from students not knowing the community, so we as a staff really tried to be mindful about rebuilding trust and relationships with students.”

Behavioral issues other than skipping class seemed to have declined this year too. Charles said, “I think that we’ve seen a lot less aggression on campus in general, whether that’s physical fighting or aggression in words.” She mentioned that M-A now has resources they didn’t have at the start of last school year, including internal conflict mediation staff and a collaboration with the Peninsula Conflict Resolution Center, and said, “When we do have instances where there’s conflict, we’ve tried to do a lot around messaging on campus, either through the class assemblies, closed Flex Time, or the community message that goes out around language use.” At the junior class assembly, Principal Karl Losekoot said, “This year has had a really nice and smooth beginning.”

Whether or not the current pattern of student behavior will continue throughout the rest of the school year remains to be seen. English teacher Susie Choe said, “It tends to start a little calmer in the first couple of weeks of school. A general expectation is that it will be rowdier later in the year than it is at the beginning of the year.” Choe teaches in the G-wing, which was popular among students skipping class last year.

Lee disagreed. “I don’t expect it to get rowdier,” he said. Even though most hall sweeps last year were in the second semester, Lee said, “It wasn’t because behavior was getting worse, but because we had been trying to help ease the kids into it” in the first half of the year. When student behavior didn’t improve, hall sweeps became a regular occurrence.

Regardless, Choe, a self-proclaimed lover of hall sweeps, said she wants hall sweeps to continue this year even if student behavior remains calmer. “I want the hall sweeps even if it’s quiet and clear. A hall sweep is putting out the expectation that students are in class and ready to learn when the bell rings. I don’t think there’s anything wrong with that expectation.”

Senior AJ Clemendor said, “I think student behavior is about the same as last year.” However, he said he hopes not to see hall sweeps this year, and continued, “If people are going to skip class, they’re going to find a way to do it. A hall sweep isn’t going to stop them, but will just make students miss even more class time whenever they’re running late.”

Overall, Charles said, she’s hopeful about the upcoming year, adding, “I just think that we’ve started the year really positively. I’m super excited when I go out around campus at brunch or lunch, and I see a lot of students smiling. It just seems like people are in a happier space than last year, generally speaking, and it feels like a healthier environment to me.”