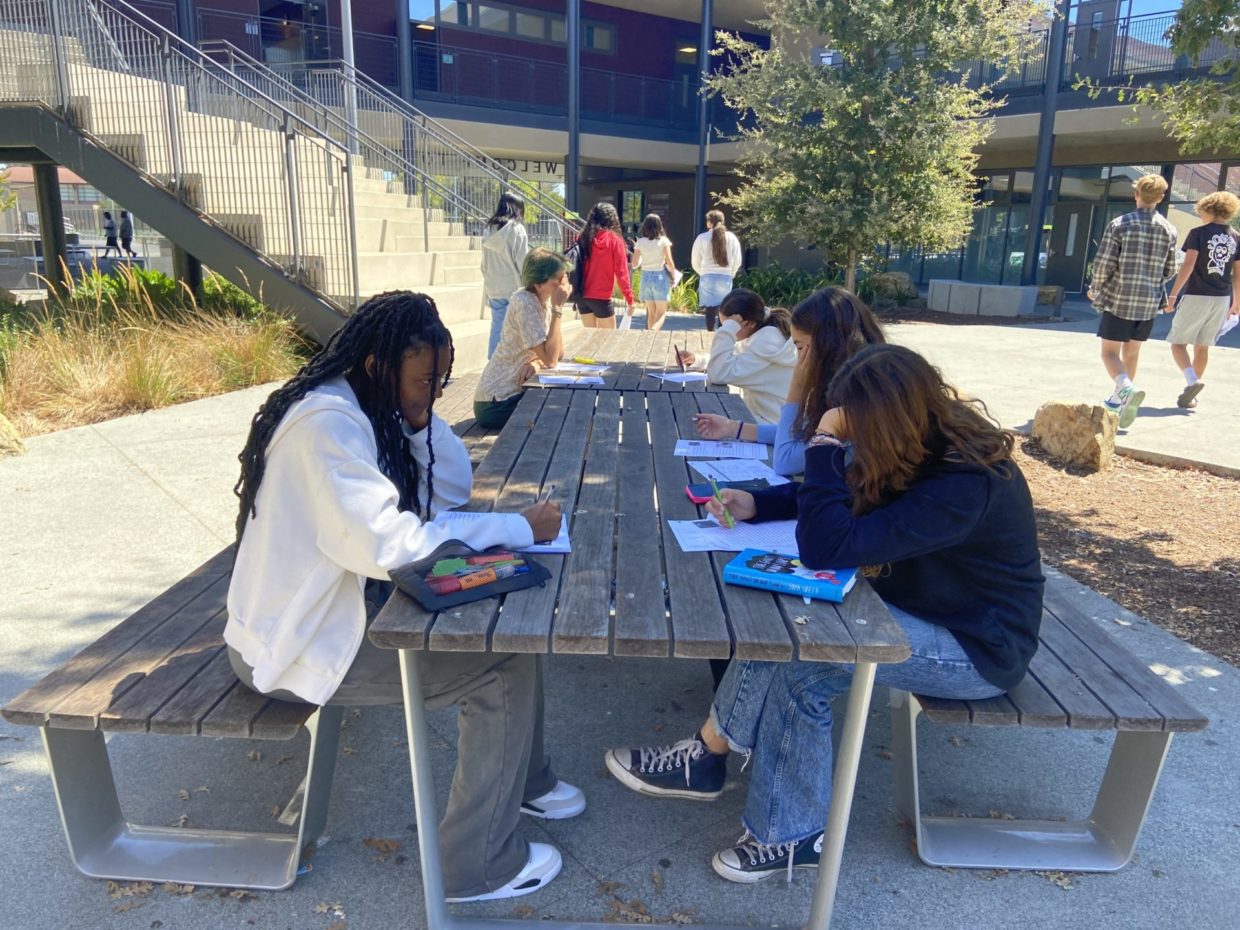 Last year, after the state passed a new law requiring schools to start no earlier than 8:30 am, the District changed school schedules to replace zero period with a seventh period at the end of the day.

The state law that required M-A to change its schedule was intended to give California students more sleep. However, most students agree that they are getting less sleep because they need to wake up earlier for school.

Social studies teacher Mallory Byrne said, “I’m unsure if our school is accommodating the true intention of Senate Bill 328, which was passed to give high school students more time to sleep. If most students and staff members didn’t have to be here until 9:25 am, maybe we would also have less traffic out on the streets of Menlo Park and EPA.”

The school sent out several surveys with different start times before eventually deciding on the current schedule. Last year, they also sent out a form allowing students to opt to take a seventh period instead of a first period.

The schedule has school starting nearly half an hour earlier for students taking a first period this year that didn’t take a zero period last year. It also poses issues for students who have sports practice after school, as most athletes now have an hour between the time they end school and the time they start practice.

Junior Ascher Lafayette, who runs cross country, said, “I have to wait at school between the end of sixth period and the beginning of practice, but it’s okay because I can get some homework done.”

Sophomore water polo player Lexi Nelson said, “The new schedule is annoying for people who play sports after school, but our coach is pretty much ignoring 7th period and having practices right after 6th period ends.”

Sophomore Silvana Schmidt has the opposite issue. She said, “It’s annoying because I’m taking a seventh period class and I have to go somewhere else for sports practice right after school, so I’m late to practice a lot.”

Students who took a zero period last year get to start school later this year. Junior Angela Maldonado said, “I had a zero period last year and it was hard to get up early, but I also liked starting earlier. It’s nice to have more time to do homework in the morning though, even though I have less time in the afternoon since I’m taking a seventh period class.”

Byrne said, “I used to teach a zero period, which I loved because I’m a morning person, but now that zero period is gone, I’m a bit sad.”

Although the new schedule has drawbacks, many appreciate its consistency. Byrne said, “I like that most people start school at the same time each day. I used to always have to check my schedule to see what time we started on block days.”

Kryger said, “I like having a constant start time at 8:30 am. I think people will get used to it pretty quickly. I also think having a little bit of extra time at the end of the day will be beneficial once people figure out how to utilize their time.”

Byrne said, “It is really difficult to make everyone happy with any new schedule. I would love to know how other people are feeling about it. Perhaps a survey could go out in a couple months once we are all adjusted. I hope that if changes need to be made that our community is open to that.”