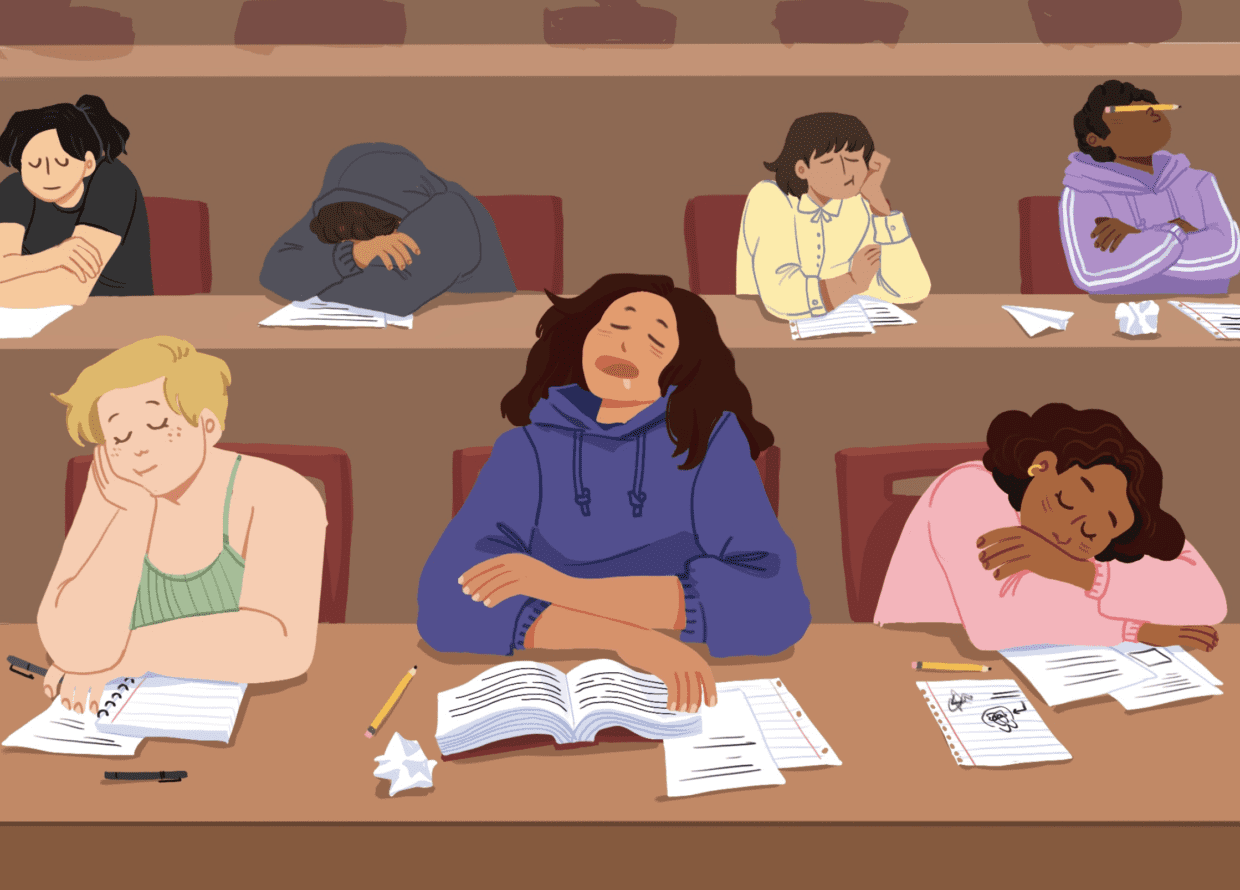 On October 13th, California’s governor, Gavin Newsom signed off on Senate Bill 328, essentially postponing California public school start times to 8:30 at the earliest. While M-A’s school day has started later than 8:30 since before it was even mandated, many California schools are not nearly conscious of their high school students’ need for a full 8 hours.

The approval of this bill is the most recent initiative in the ongoing conversation of teen stress levels, oftentimes impacted by the amount of rest students get on a nightly basis- which is reportedly not nearly enough. Stanford Medicine calls teen sleep deprivation “an epidemic,” and claims that high school students “find themselves at schools that typically start the day at a relatively early hour. So their time for sleep is compressed, and many are jolted out of bed before they are physically or mentally ready.” According to the National Sleep Foundation, a mere 15% of high school aged students get eight and a half hours of sleep on an average night, which has been proved as the bare minimum.

According to the newly approved bill, each high school must comply with the mandated start times for each level of education by the beginning of July, 2022. This deadline, far off as it may seem, offers schools sufficient time to re-examine their start times, and finalize new schedules. The bill also dictates that middle schools “shall begin no earlier than 8:00 am.” While seemingly counterintuitive that high school start times are mandated more strictly than their middle school counterparts, this decision is, in fact,  scientifically supported. Michael Crocetti, a pediatrician at Johns Hopkins University, acknowledges that high school students actually need more sleep than younger students. He describes that at high school age “teenagers are going through a second developmental stage of cognitive maturation.”

So- what are the parameters of this bill? Although schools must comply with the new designated start times, schools can offer early morning classes, such as M-A’s ‘zero period’. However, these periods must be opt-in. That said, you won’t be seeing a significant change as a result of the law, as M-A already follows all regulations laid out in the bill.

M-A principal Simone Rick Kennel says that the school made the decision to switch to a late-start schedule as a result of their partnership with the Stanford Sleep and Dream study. Kennel describes that since piloting a later-start schedule in the 2009-2010 school year, she has received a general consensus from parents of M-A students: that students really do use their extra time to sleep, or get work done. Kennel says that the ultimate motivating factor behind the change was that “students simply need more sleep, and we want to support that.”