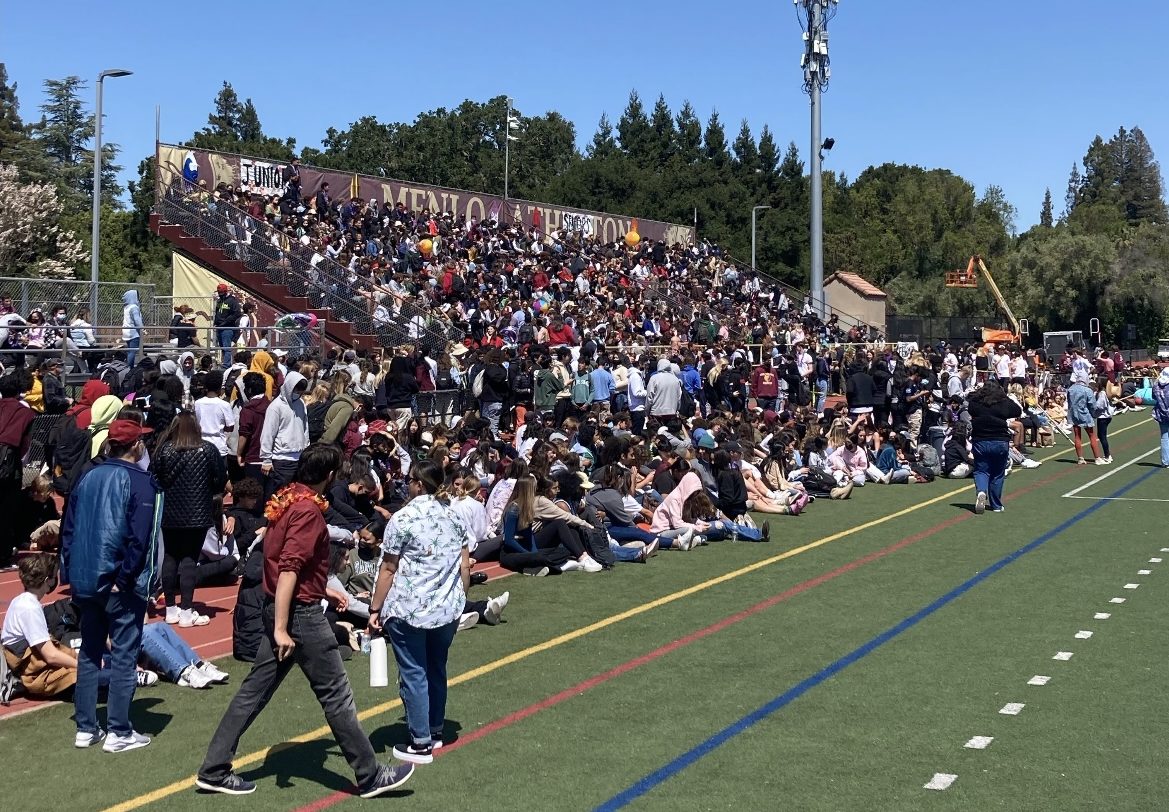 M-A’s bleachers and field have not been renovated for 35 years. Since then, our student body has grown from a class of around 1,600 students to 2,400 students. Our bleachers are not able to accommodate the growing school population anymore. M-A has yet to receive the renovations to the stadium that the other comprehensive schools in the district like Carlmont, Sequoia, and Woodside have received. But over the summer, the district has decided to go through with a plan that would include renovated bleachers.

Superintendent Crystal Leach said, “New bleachers will cost around $1.5 and $2M and will take between 18 and 24 months to design, permit, and to complete construction. We are in the preliminary planning process for the bleachers.” Despite the large time and monetary commitment, this project will not only provide students and families with a more unified and comfortable area to watch field events, but also an equal viewing experience for those in wheelchairs.

Wheelchair accessible seating is currently separate from the main stands in a metal bleacher. According to the Americans with Disabilities Act requirements, there must be spaces for wheelchair users to sit all around the field, with the same view as everyone else. In violation of these requirements, families that include people in a wheelchair have to sit off to the side, secluded from the others.

Leader of the M-A Football Association Susan Mohr said, “The family of a wheelchair user comes to a game, they are relegated to that section, as opposed to be able to sit wherever they want, which is an ADA regulation—that anybody, regardless of their physical abilities, will be able to sit anywhere that they would choose to sit in a stadium.”

The bleachers host hundreds of families for important events like sports games and graduation ceremonies. When the bleachers are filled up, people have to stand or sit shoulder to shoulder, and some are even forced to sit or stand in the aisles. Junior Palmer Assunto said, “During the Homecoming football game against Sacred Heart last year, everyone was packed together to the point that people were sitting in the aisles.”

Students and families alike are familiar with the struggle of finding a seat near their friends and family during big games. Sophomore Jackson Harding said, “The bleachers are often crowded and cramped which makes watching the games difficult and chaotic.” 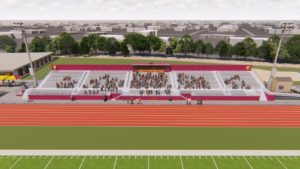 A proposed plan of what the bleachers could potentially look like.

Despite having the largest student body in the district, our bleachers are some of the oldest and have not been renovated in decades. Senior Gigi Edwards said, “Athletics is such a large part of our school and we will have bleachers that are representative of our level of sports and our student body.”

The new plan will address the concerns of accessibility as they are planning to install larger bleachers that will be both wheelchair accessible and large enough to accommodate for our growing student population. Mohr said, “We have strong support from our community and student body for the new stadium and we are excited for the future.”