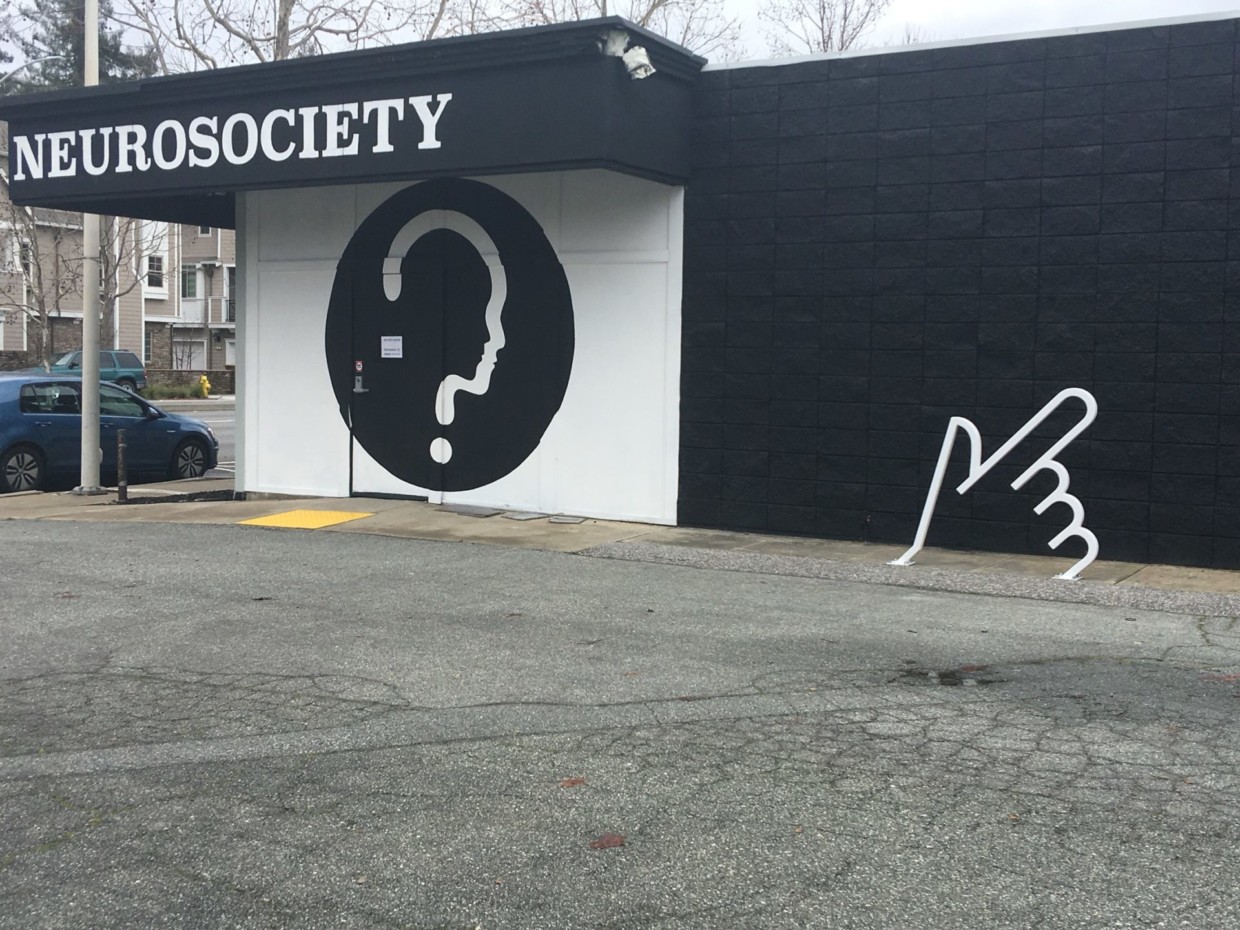 NEUROSOCIETY: An Artistic Take on the Brain

I walked into the PACE Art + Technology’s exhibit, The Institute Presents: NEUROSOCIETY expecting just another art exhibit, albeit one focused on the brain and how we think. What I got instead, however, was more like a performance, that, as cliche as it sounds, made me question what it meant to be human.

It started in the lobby. Once inside, I was greeted with vibrant, almost toxic lime-green walls, a large central desk, the sounds of phones buzzing, and the ambient hubbub of people talking. It was only later that I realized these sounds were not coming from the room, but from speakers hidden along the walls. As I walked up to the desk I was asked to type my age, gender, and race into an iPad. Once I did so, I was given a wristband with a code of four letters that would represent me for the rest of the exhibit. It was this, combined with the fact that I was then asked to put on shoe protectors, that tipped me off that this was not a normal art gallery exhibit.

When my time slot arrived, a guide appeared and led myself and 13 others down a short hallway into a room that looked like it belonged on the set of a game show. Lights flashed overhead as I took my place at one of the numbered podiums and waited to be told what exactly I was in for. Much like the lobby, each podium was equipped with an iPad, where I typed my four-letter code once I was told to do so. The guide explained that we would be asked a series of questions and we would have three seconds to answer each one.

It started simple: would I still consider myself to be myself if I lost a finger? Easily, I answered yes. Then, the questions got harder. They escalated, asking me if I would be myself if my consciousness was uploaded to a computer, and finally, if I had somebody else’s brain. The questions continued, presenting continuous moral dilemmas. It was at the end of these dilemmas that our guide told us to come out from behind our podiums and escorted us to the next room. 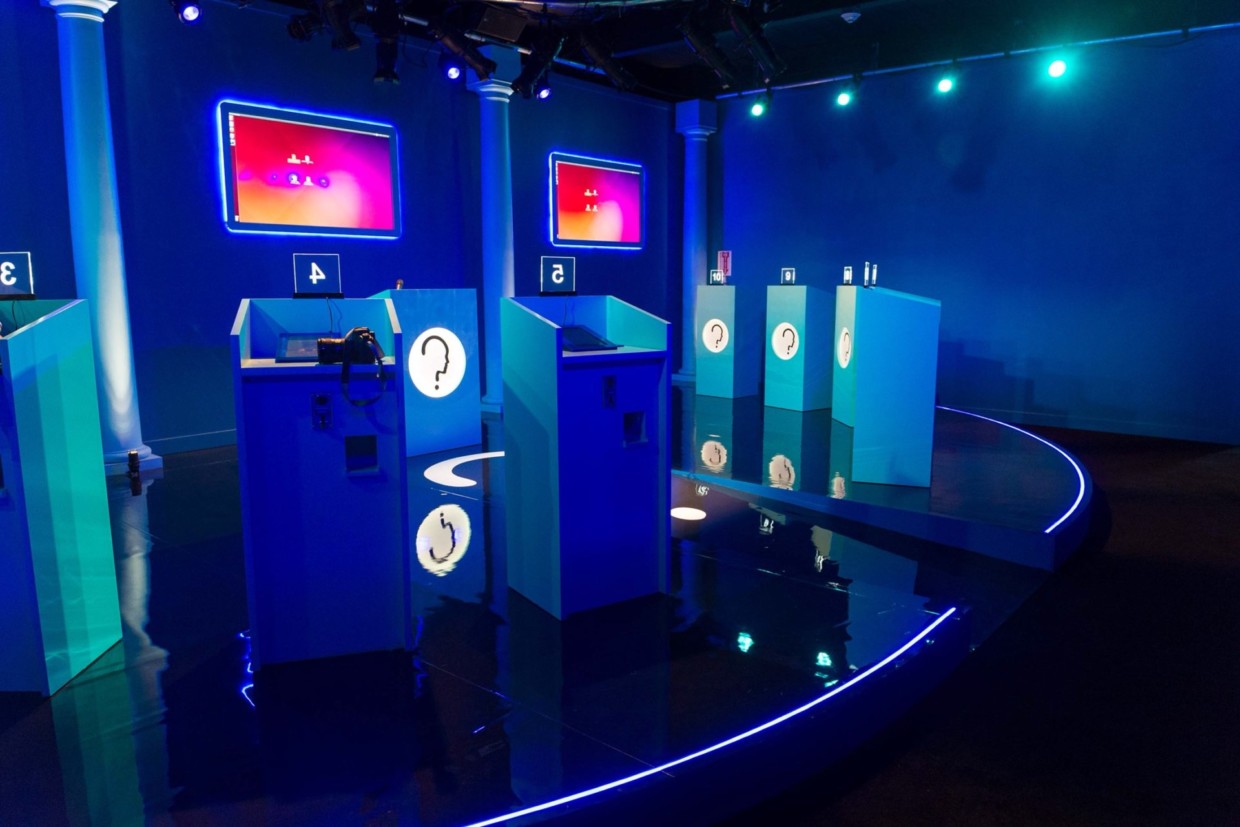 The second room of the exhibit was small and cramped, unlike the game show room, and lit by blinding orange lights. The guide explained that this room would challenge our perception of the world around us. She led us up to a set of windows, also orange, through which I could barely make out the shapes of windmills. She then asked us to put on goggles, and when I did, I was able to see so much more. The goggles turned my vision blue, and I was able to see that the windmills, which I previously thought were stationary, were in fact, moving. I realized that there was an entire landscape that I had been unable to see before I put on the goggles.

When my time gazing into the hidden landscape was up, I took off the goggles and followed the guide into the third room. This room resembled an old-school classroom, complete with blackboards, chairs, and desks with iPads. In this room, our guide gave us a pop quiz. Our guide explained that two faces would appear on the iPad screens, and it was our job to guess which of the two was a previous U.S. Senator. Faces flashed by and I guessed, having no idea if I was right or wrong, and going off what the people looked like. This, apparently, was the point of the exercise. Our guide showed us our data and asked the group to explain why we chose one or the other in each pairing. 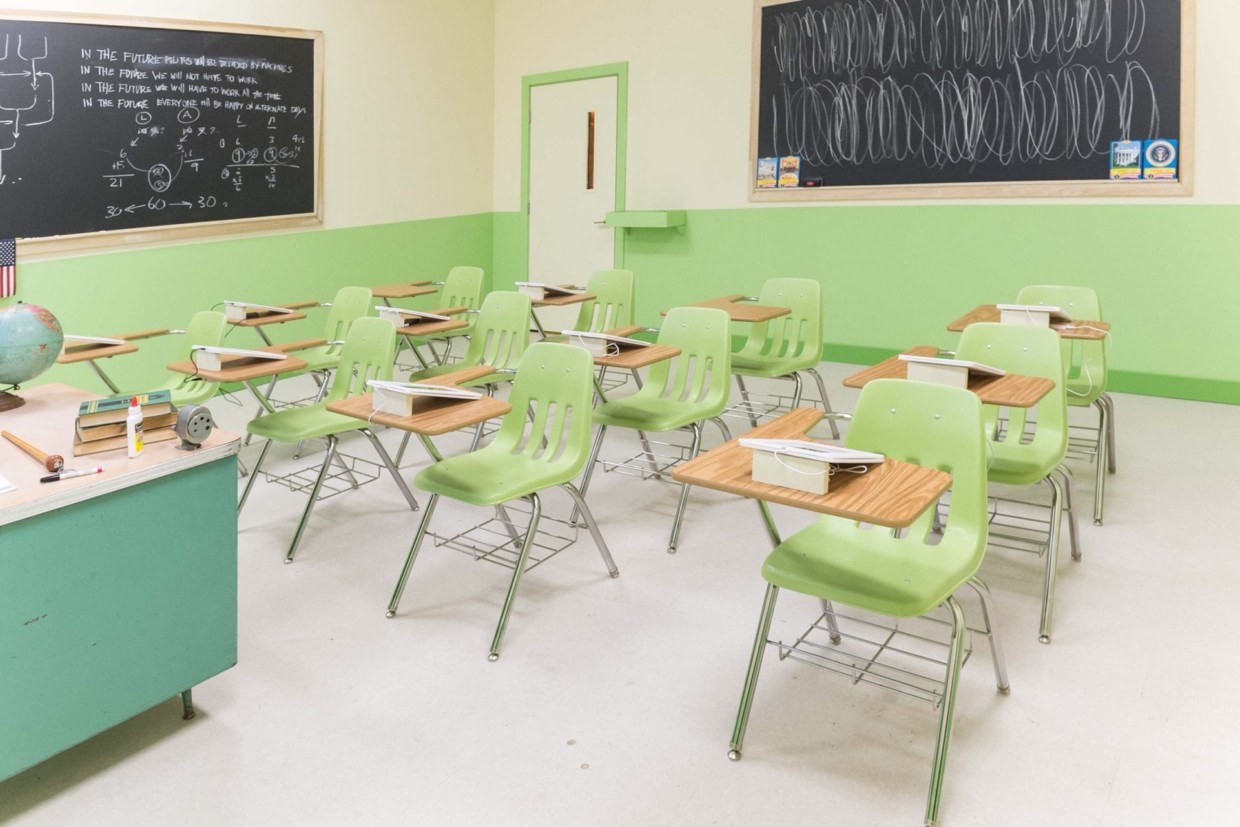 The fourth and final room was, to me, the most interesting. It felt like a laboratory, with a curtained-off area, shining white linoleum floors, white walls, and off-white chairs that reminded me of a dentist’s office. Once inside, the guide explained that we would sit in the dark for eight minutes, followed by three bright flashes of light. I sat down in one of the chairs, and the lights went out. 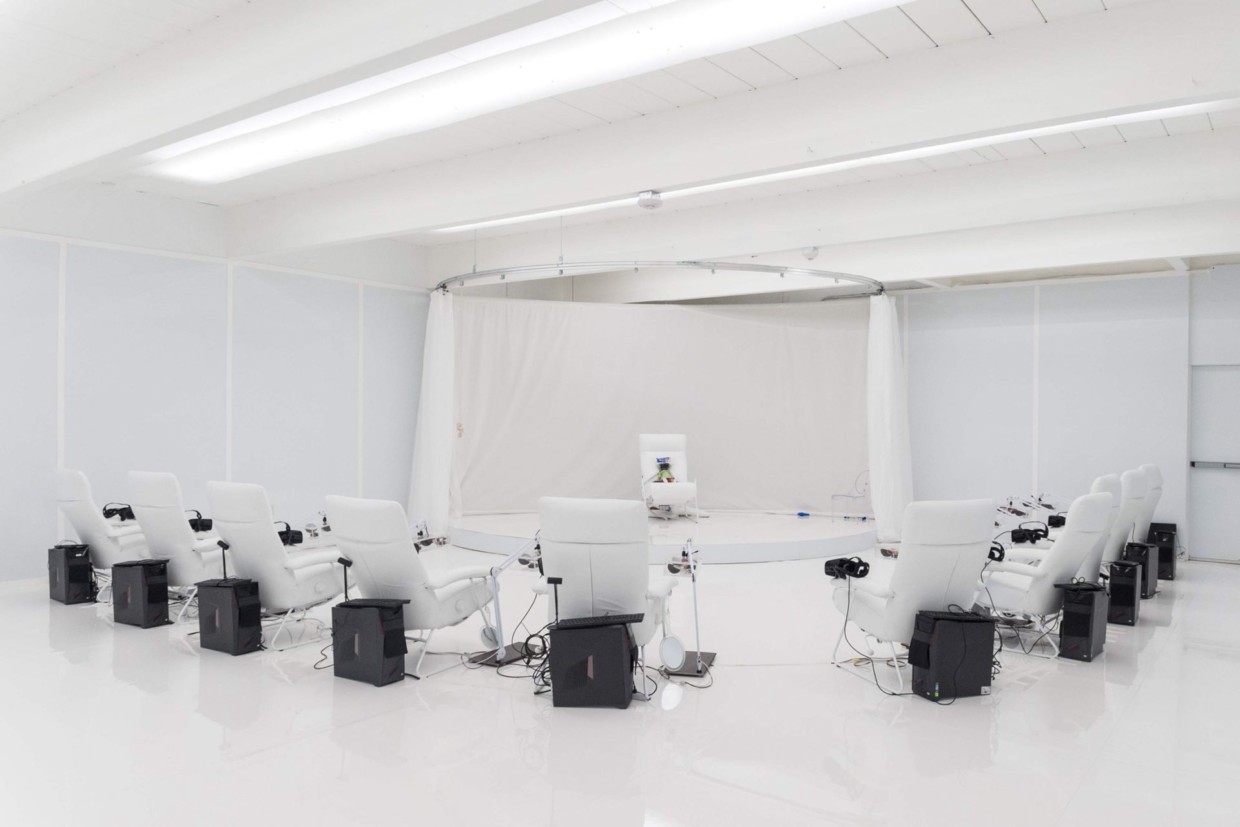 The sterile decor of the fourth room was laboratory-esque. Credit: Drew Altizer.

As the end of the eight minutes approached the guide told us to put our right hand in front of our faces. The lights flashed and I saw my hand for a split second before seeing its after-image burned into my eyes. For the second flash, the guide told us to put a mirror in front of our faces. After the light flashed, I could see my own face staring back at me for the next ten seconds. For the third flash, the guide stood in front of us and jumped as the light flashed. She then told us to lean back, and amazed, I watched her after-image fly upwards with my eyes. Once the flashes were done she slowly turned on the lights.

With the lights on, our guide told us to put on VR headsets that were hanging on the edge of our chairs. I put mine on and was greeted by a peculiar sight. I could see myself and the 13 others in the room as though we had one more member. As I looked down at what appeared to be my body, I realized who that fifteenth member was. I was seeing the world from the perspective of a doll. It went further than seeing, however, as I realized when the guide tapped the dolls leg with a mallet and I felt a tap on my leg. The tapping continued and I felt the mallet up and down my leg. As the experience came to an end our guide told us to take off the VR headsets and gave us a final speech.

She explained that so much of the world is created by our brains, as they filter and alter information to fit our needs. Because of this, even in our everyday lives we see things that are not there and do not see things that are. As I left the exhibit it made me consider the way I live my life through an entirely different lens. 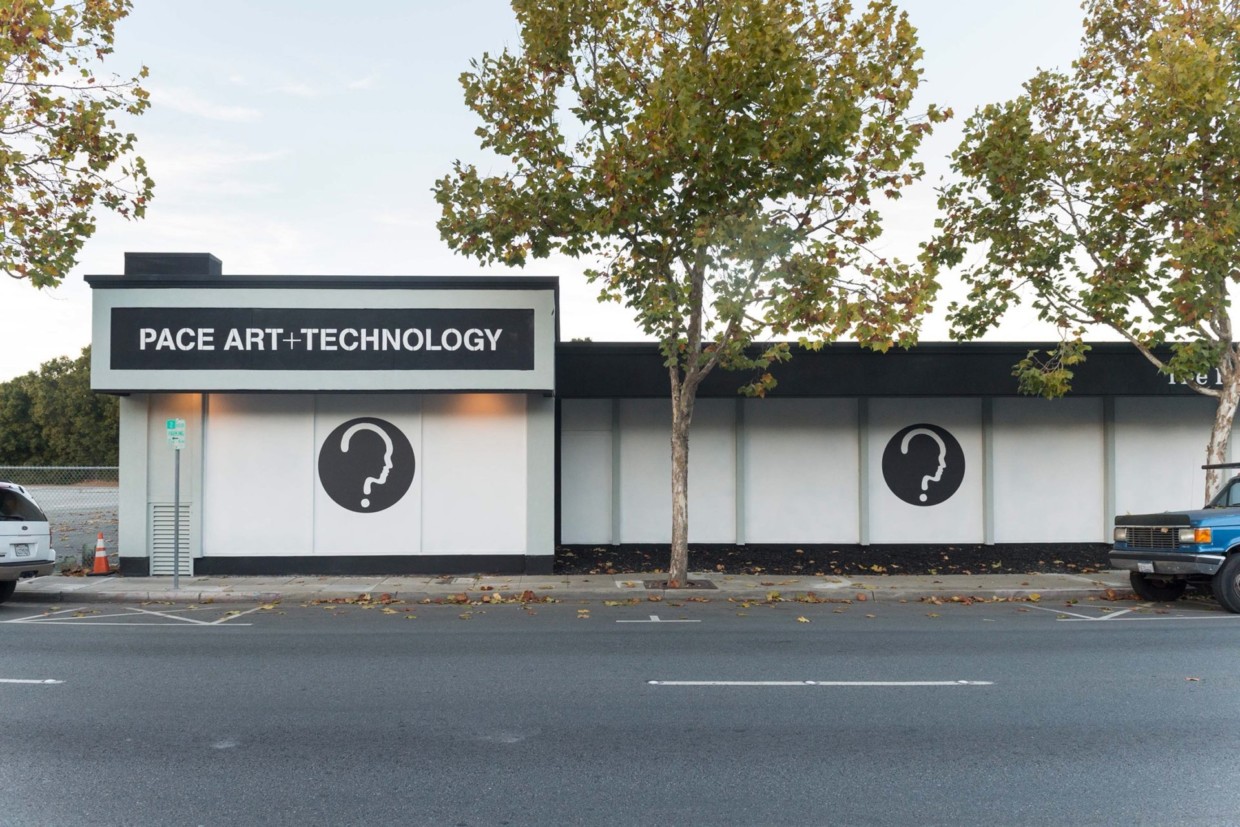 The exterior of the exhibit. Credit: Drew Altizer.

The Institute Presents: NEUROSOCIETY will be open Tuesday through Sunday until March 31. As the weekends are busier, the best times to visit are Tuesday through Friday. Tickets are $20, and available here. It is important to note that photos are not allowed inside the exhibit.