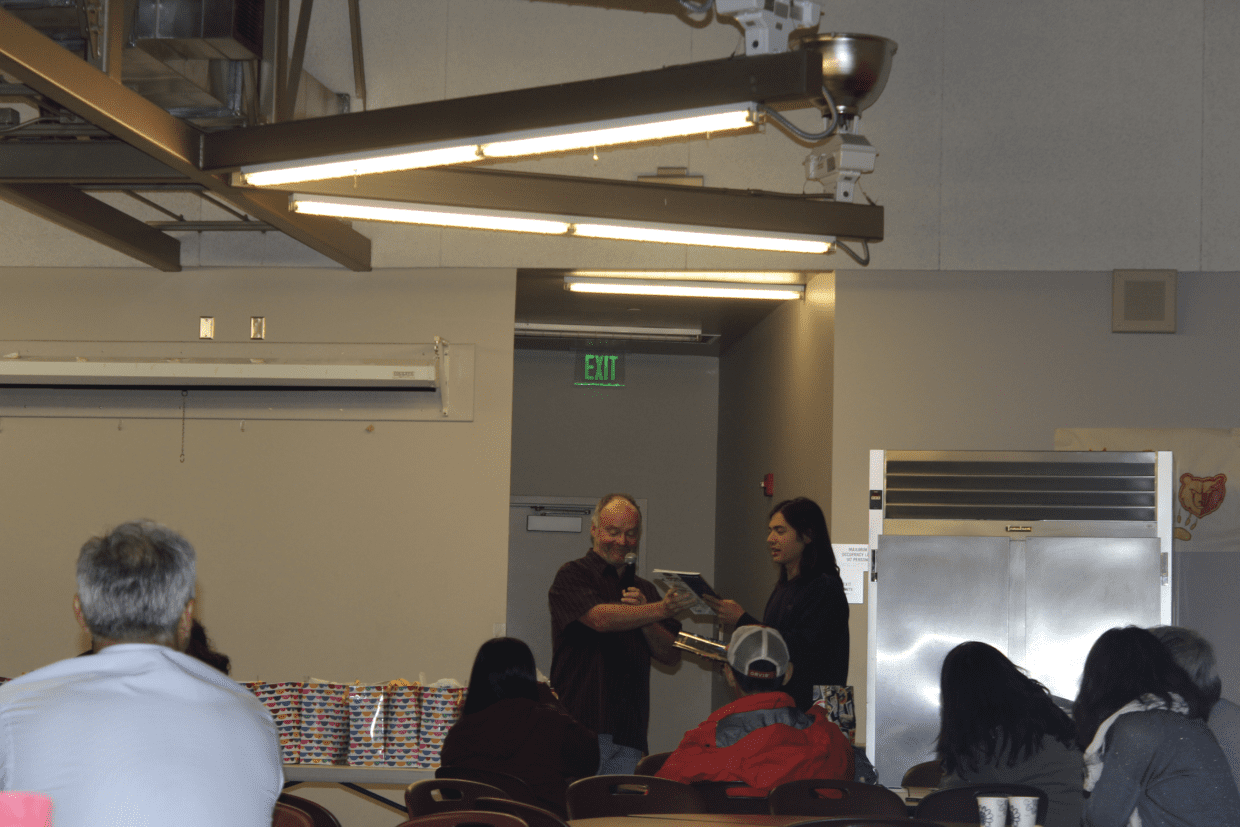 On Wednesday, May 15, music teacher Kent Kurrus and held a going away ceremony for the seniors in his band and orchestra classes. There were snacks and a table with presents for his students. Before Kurrus handed out the awards, he told the audience how he usually just makes fun of his students at these ceremonies. The awards also weren’t just awards, some were gifts from either the teacher or the parents themselves. The students then opened the gifts in front of the others. There were a variety of gifts that suited the students instrument or personality. Zack Wilhite, a drummer, was gifted some drumsticks. Sarah Friedman, another of Kurrus’ students, was gifted cheetos and candy because he stated “she was always eating in my class.”

Quinn Hamell, one of MA’s future graduates and Kurrus’ long time students, was awarded with a very personal gift by Kurrus. Kurrus gave a short speech about Hamell, thn ended with some kind words and heartfelt hug. I was curious to see what Hamell had learned in the class so I pulled him aside and asked him. He learned “how to not be stressed when you have him staring down at you.” He had gotten used to being calm while Kurrus hung behind and observed him.

Another of Kurrus’s students that had the pleasure to get affectionately roasted by their teacher was Mason Lau. After a couple jokes towards Lau and some awkward laughs, they exchanged a hug. “It was also a great 4 years in this class, and I’m going to continue playing,” said Lau.

Kurrus’ class was full of seniors who have mostly had him for all of their high school years, and the awards ceremony allowed Kurrus to say goodbye in a heartfelt way.