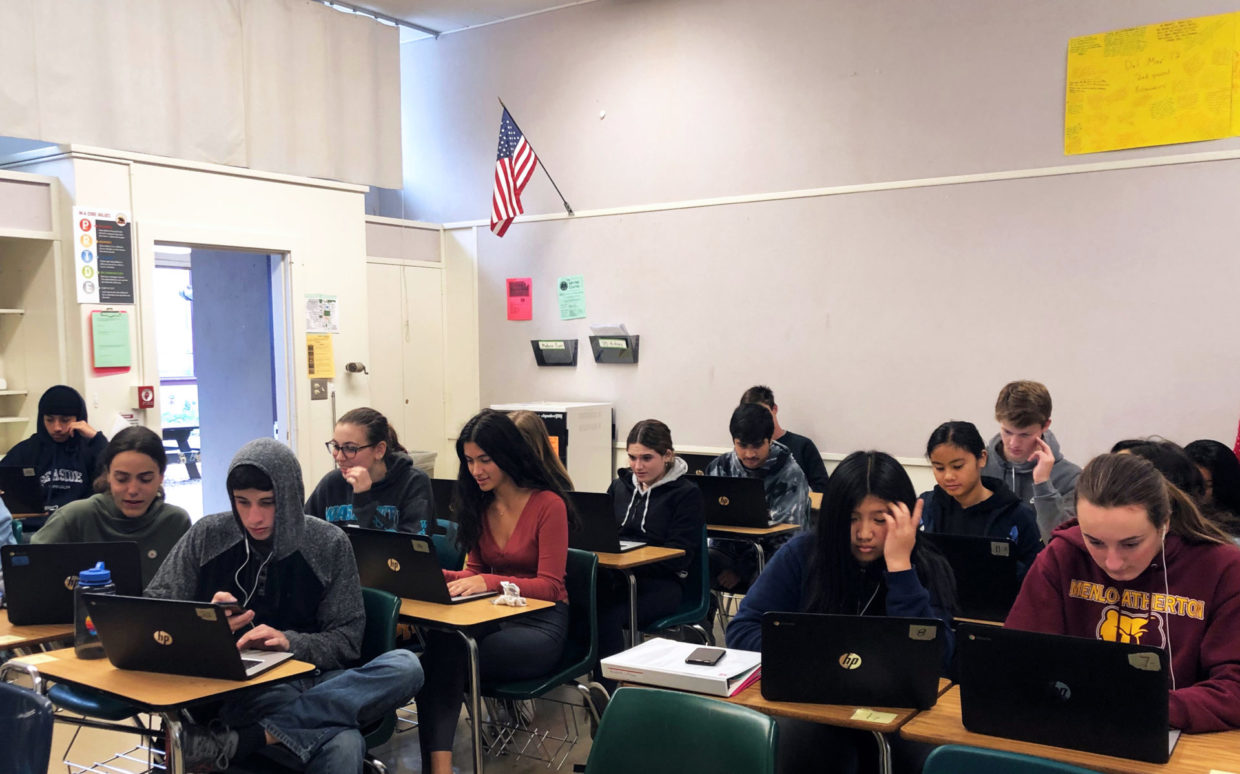 Any student at M-A can get a computer.

The computer donation program at M-A has been providing computers, both repaired and new, for students in need since 1999. Sue Kayton, director of this program, explains that in addition to giving computers to families, they provide other services such as discounted Internet access to those who can benefit.

Kayton stated why she started the program, saying “Some of my clients were getting new computers and they said, ‘Will you please get these old computers out of our hair?’ I thought ‘Why should I throw out perfectly good computers when there are people at M-A who could use them?’” 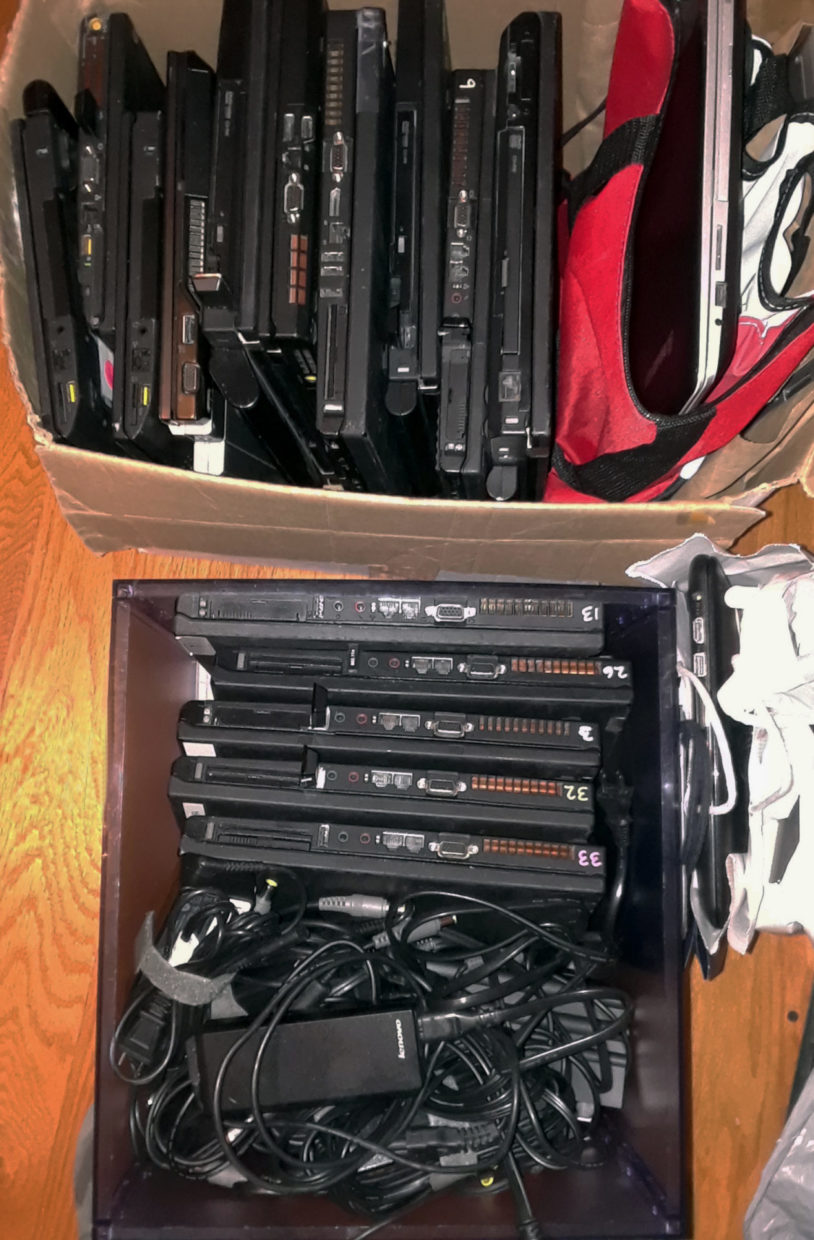 Kayton accepts a wide range of old equipment for donation, such as old computers, monitors, printers, and flash drives. Since 1999, the M-A PTA has provided over 10,000 laptops to both students and their families. Furthermore, 10 carts, each with 38 computers, have been provided to M-A’s science department. They also provide free software for math and science, as well as word processing.

One of Kayton’s most memorable stories was how through providing a family with a computer, she granted them access to healthcare. Says Kayton, “About 10 years ago, I was walking down Pride Hall and this young lady, a freshman or sophomore, came running up to me, threw her arms around me and gave me a giant hug, and said, ‘Thank you for getting my teeth fixed.’ I said, ‘What are you talking about? I don’t fix teeth; I fix computers!’” The student’s father had used the donated computer to type up a resume and had used the Internet to find job postings, emailed in his resumé, and got a job which included medical benefits — allowing the student to go to the dentist for the first time in her life and fix her teeth. “Her teeth were hurting all the time, and she was having trouble sleeping and focusing on her homework. They put a bunch of fillings in.. [and consequently] she could sleep better, focus on school and was so much happier… all because her family got a computer.” Kayton reflects, “That made my day… not only made my day but made my week.” 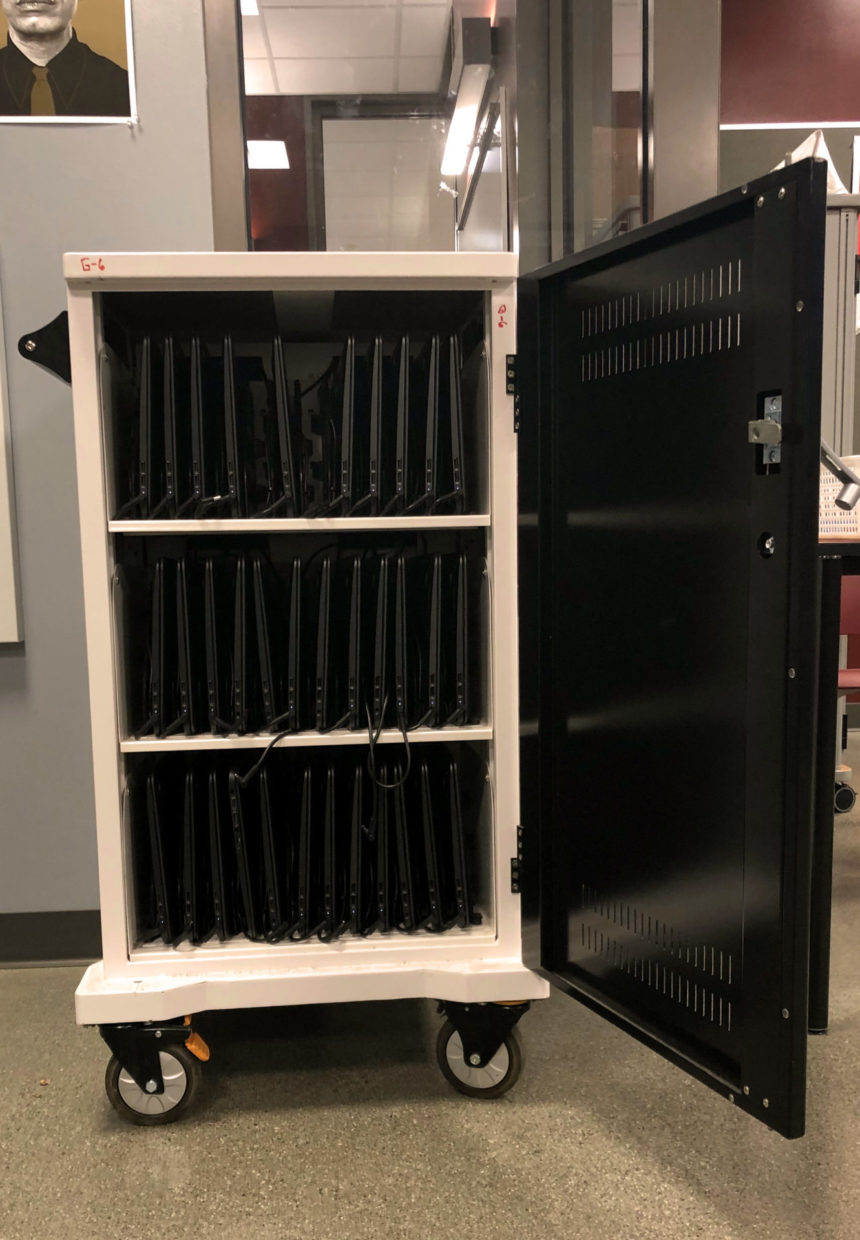 One of the many computer carts seen across campus.

The program’s efforts extend beyond just computers. As the program’s website states, they have supplied “dozens of network laser printers to replace ancient classroom inkjet printers, networking equipment, digital cameras for students in the Digital Photography class, and thousands of USB flash drives for students to save their files to print at school.” Families of students who get free or reduced-price lunch, receive SSI, or have a disabled adult in the house qualify for discounted Internet, at only $10 a month.

Not all stories are so heartwarming, though. Kayton recalled a story of a kid who sold his computer to buy drugs and providing the family with a donated one did not change his behavior. Kayton recalled that one time, a kid cited his lack of a computer as the reason his homework did not get done. Kayton urges students to respect the equipment, stating that she gets frequent calls about vandalized equipment.

The actual process of donating equipment is straightforward; simply bring it to the library. If the computer is a laptop, place it in a bag with a charger, your name, and phone number; if it is a desktop, tape a piece of paper to the screen with your name and phone number. Other equipment can be brought in too; the program’s website includes a comprehensive list of acceptable equipment.