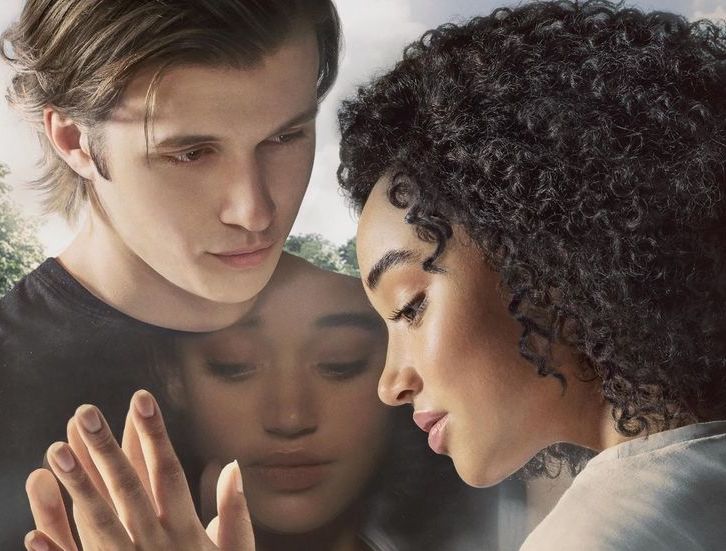 Movie review: everything you need to know about “Everything, Everything”

The movie follows Maddy Whittier (Stenberg), an 18-year-old diagnosed with a rare disease called Severe Combined Immunodeficiency. Trapped within the confines of her home since she was a baby, the only people who know Whittier are her mother (Anika Noni Rose), her nurse Carla (Ana de la Reguera) and Carla’s daughter, Rosa. For the most part, Whittier was content with her lifestyle considering her circumstances, but she always longed to be outside.

Her perspective on her situation abruptly changes when Olly Bright (Robinson) moves next door. Bright, also 18, immediately catches Whittier’s eye and wears all black, a stark contrast from Whittier’s typical white uniform. While the two develop their relationship primarily over text in the beginning, the movie portrays their conversations as in-person meetings in Whittier’s imagination rather than simply displaying messages on the screen to make the film more interesting and build the dynamic between the two characters. The movie sheds light on Whittier’s passion for architecture in some of these scenes as throughout the film, Whittier’s model buildings are used as the setting for her imagined conversations with Bright.

If you are not a teenage girl, this film may not appeal to you. The theatre was packed with young girls on the opening night with very few males viewing the film. Unsurprisingly, the entire audience swooned over Robinson and his character’s sweet gestures, and when the couple shared their first kiss, everyone erupted in screams. While the way Whittier and Bright meet and their circumstances are a bit outlandish, their interactions are not so far-fetched. The two share some awkward conversations rather than having perfect moments throughout the whole story allowing them to connect more with the audience.

As a whole, the movie’s acting and cinematography are outstanding, however, the story takes its toll with a major plot twist that undermines much of the plot development. Robinson and Stenberg both have the charisma that make for appealing characters in a young romance film. Some call it a copy of “The Fault in Our Stars,” but “Everything, Everything” is not just another teenage romance. With a unique plot and gripping character development, “Everything, Everything” marked itself as a distinct love story. Overall, the movie is a must see. To watch the trailer, click here.