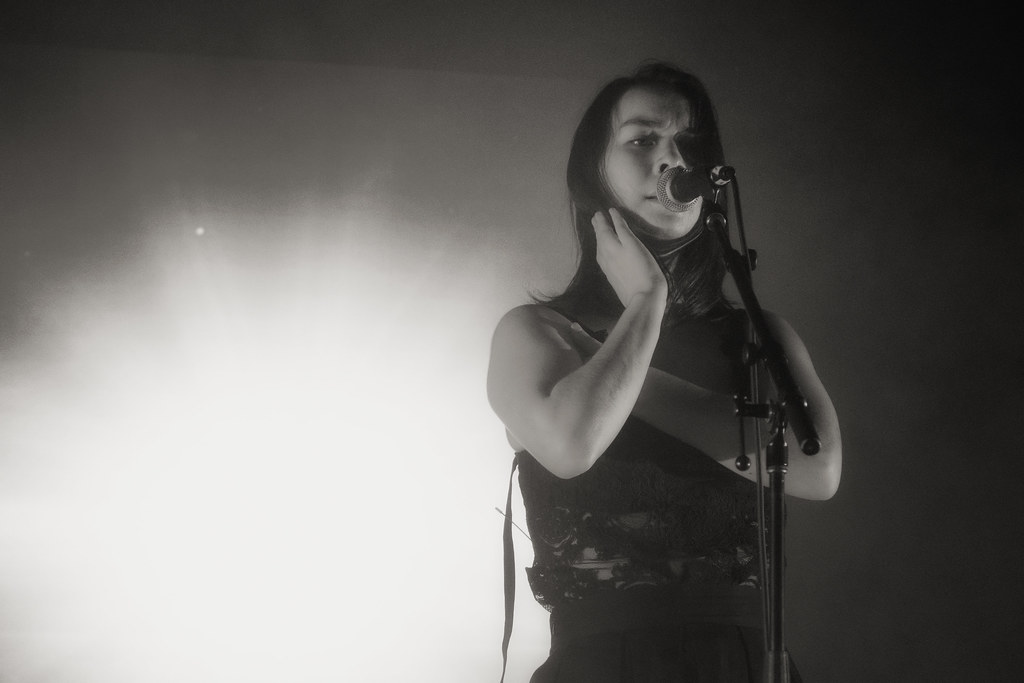 Bringing back nostalgic 80s Pop instrumentals, singer-songwriter Mitski Mikaywaki released her sixth studio album, Laurel Hell, on February 4th. If you like her signature melancholic lyrics, you are in for a treat as she puts a dark twist on synth-pop.

In the opening lines of the first track, Valentine, Texas: “Let’s carefully step into the dark,” she sets the scene for the ambiance of the album’s songs, which grasp on confronting challenging times.

Working for the knife, a previously released single which begins with her classic vivacious electric guitar strums, had fans speculating about potential meanings behind the song. One interpretation is that Mitski discusses the cruel underbelly of capitalism in the music industry as she sings, “I used to think I’d be done by 20. Now, at 29, the road ahead appears the same.” Throughout the song, she uses the idea of “working for the knife” to highlight how she has felt disconnected from her passion for music and pressured to conform to a money-driven society.

In a step back from heavy instrumentals, I Guess has a soother tone and claims a spot on a classic heartbreak playlist. Mitski searches for closure from afar but isn’t quite there as she sings, “Without you, I don’t yet know quite how to live.”

My personal favorite, Love Me More, has become my go-to song to perform in the shower as Mitski sings with a higher voice in the chorus, “Love enough to fill me up. Fill me up, fill me full up.” Continuing the streak of her experiences with love, she sings about losing herself in a relationship by becoming too consumed with her significant other.

While the mix of genres is different from her go-to indie rock style, the upbeat rhythms contrast the lyrics about the complexity of her past relationships and breaking out of her comfort zone. However, at times, the instrumentals of the songs feel overpowering and her voice becomes hidden which detracts from her messages on a first listen.

That’s Our Lamp, the last track on the album opens with a cheerful beat while devastatingly describing her double-sided past relationship. She ends the song by repeating “That’s where you loved me” in a calming tone to highlight her emotional attachment to her room. Her significant other never showed affection for her elsewhere, prompting her to contemplate his true love for her as she jumps from, “You say you love me. I believe you do” to “Cause you don’t like me.” At a first listen, this track may be considered as a skip from the album, but Mitski never fails to bring an edge to her experiences with heartbreaks.

Ultimately, because of the 80s inspired genre of the album, it’s uncertain that it’ll be as timeless as previous works like Puberty 2 and Be the Cowboy.