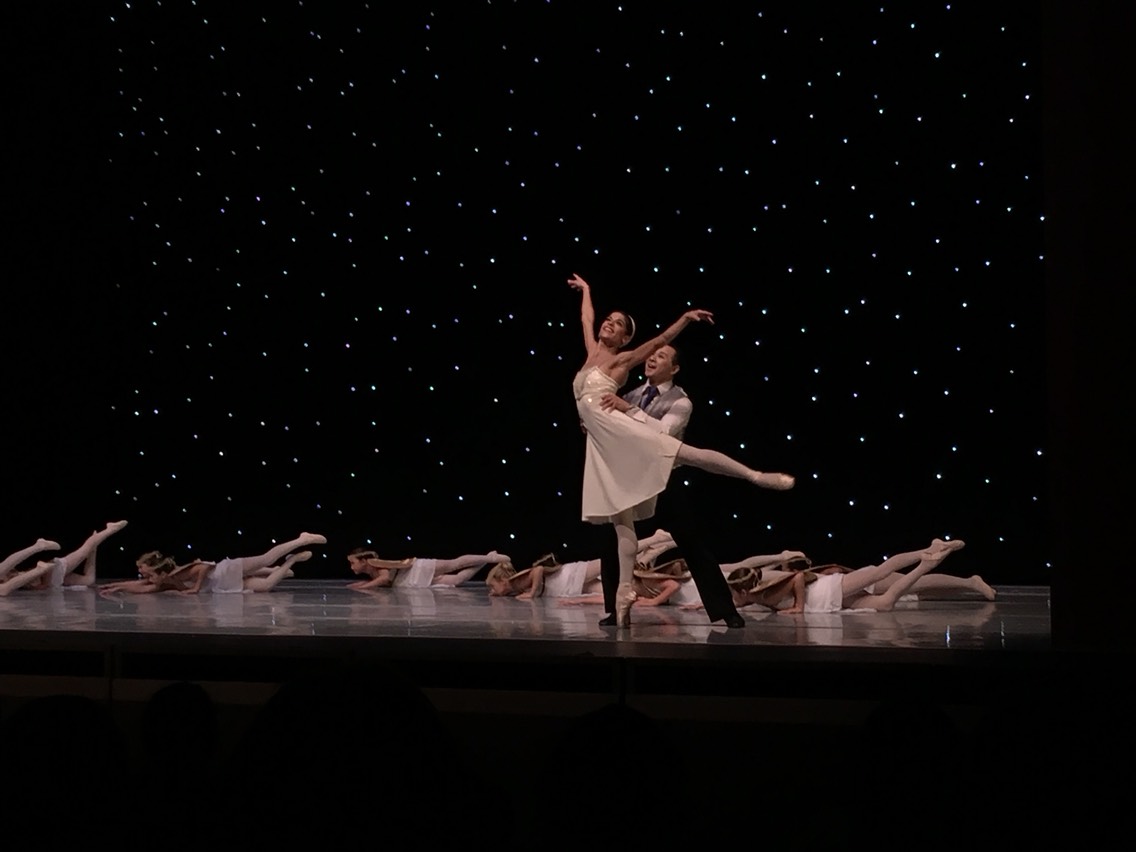 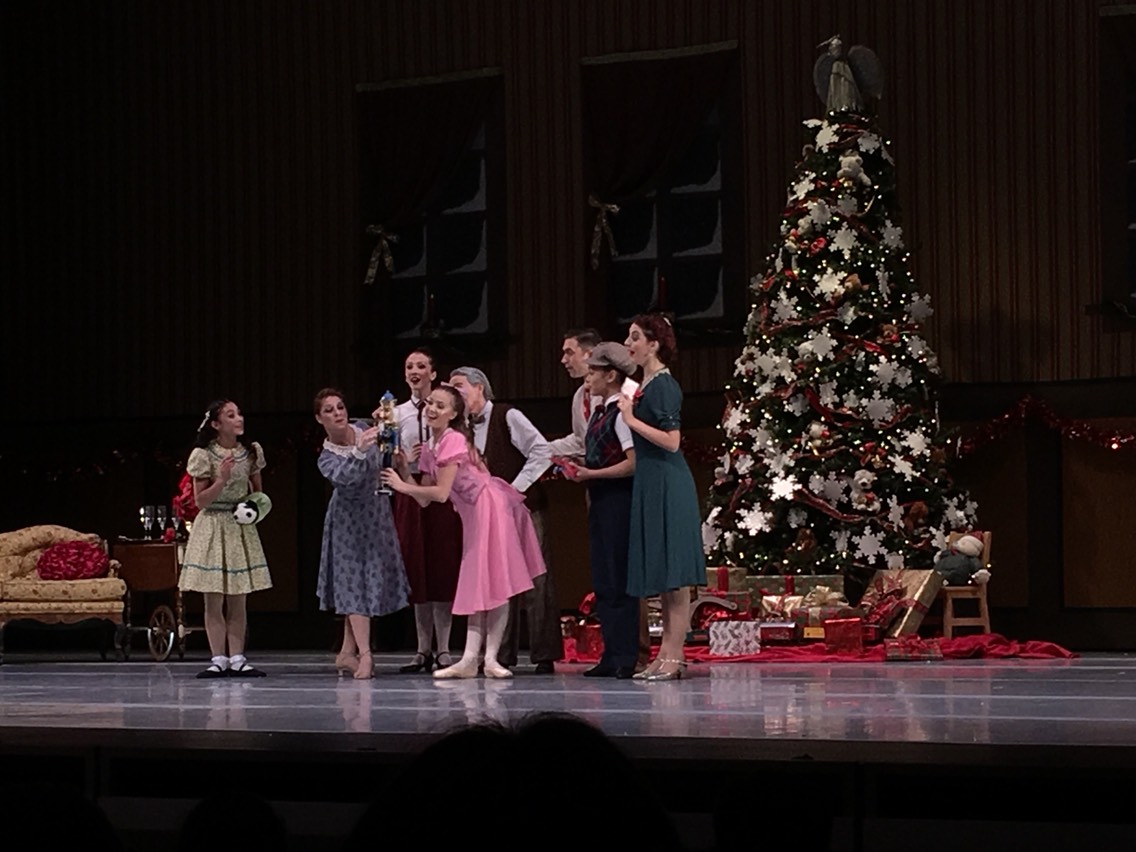 The Bailey family decorates for the holidays.

The show began when Uncle Drosselmeyer (Michael Lowe) united with his family for holiday preparations and celebration. His niece, Mary (Leighton Shiveley) receives a wooden nutcracker. Later that night, Drosselmeyer turns the nutcracker into a prince in order to fight off Mary’s nightmares. Mary and the prince duel evil mice for a glowing ornament, and an angel transports them into a magical kingdom. 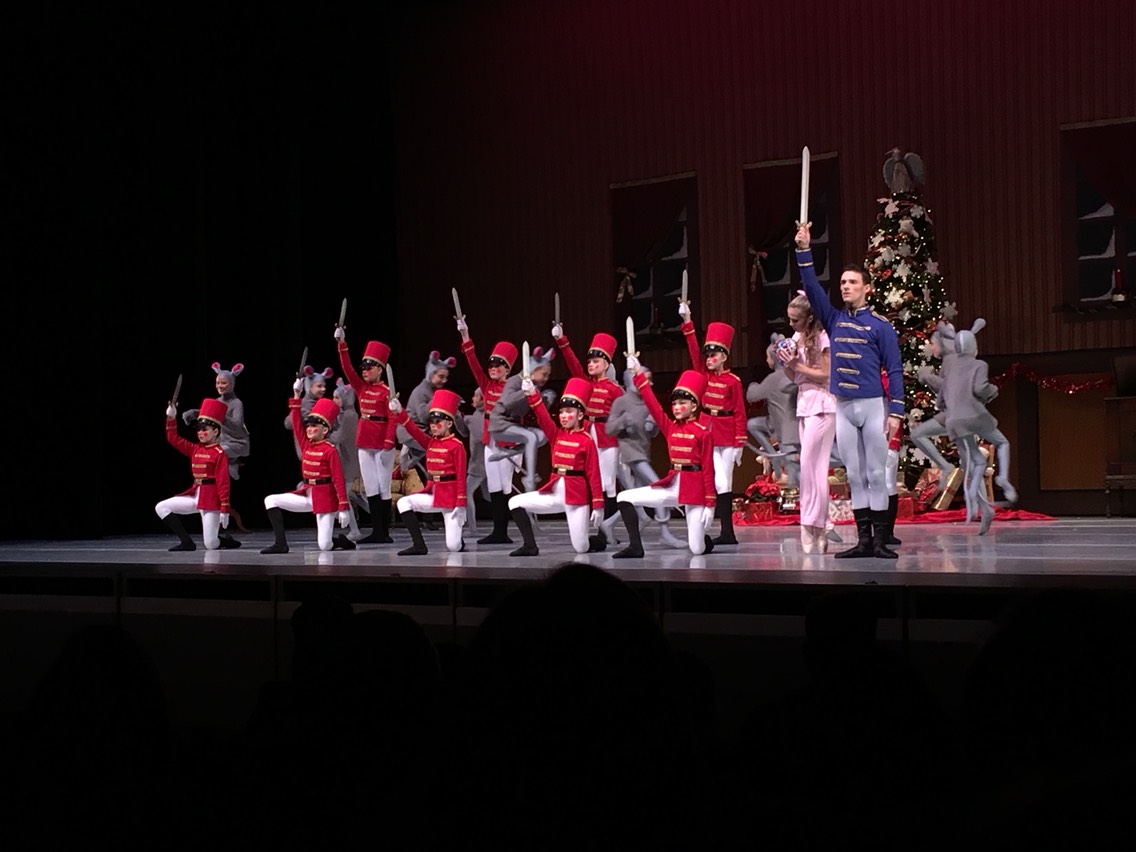 The second act delights, with numbers by dainty snowflakes and sugar plums. Mary and the prince watch dancers from Spain, China, Morocco, Italy, France, and others. Finally, Mary returns back to her bed as the spell is broken and the dancers become toys once again.

Menlowe Ballet’s perfected routines show crowds that it isn’t necessary to drive far or pay absurd amounts of money in order to see a real ballet. The familiar and accessible venue of M-A facilitates ample parking and a large theater without being excessively fancy. 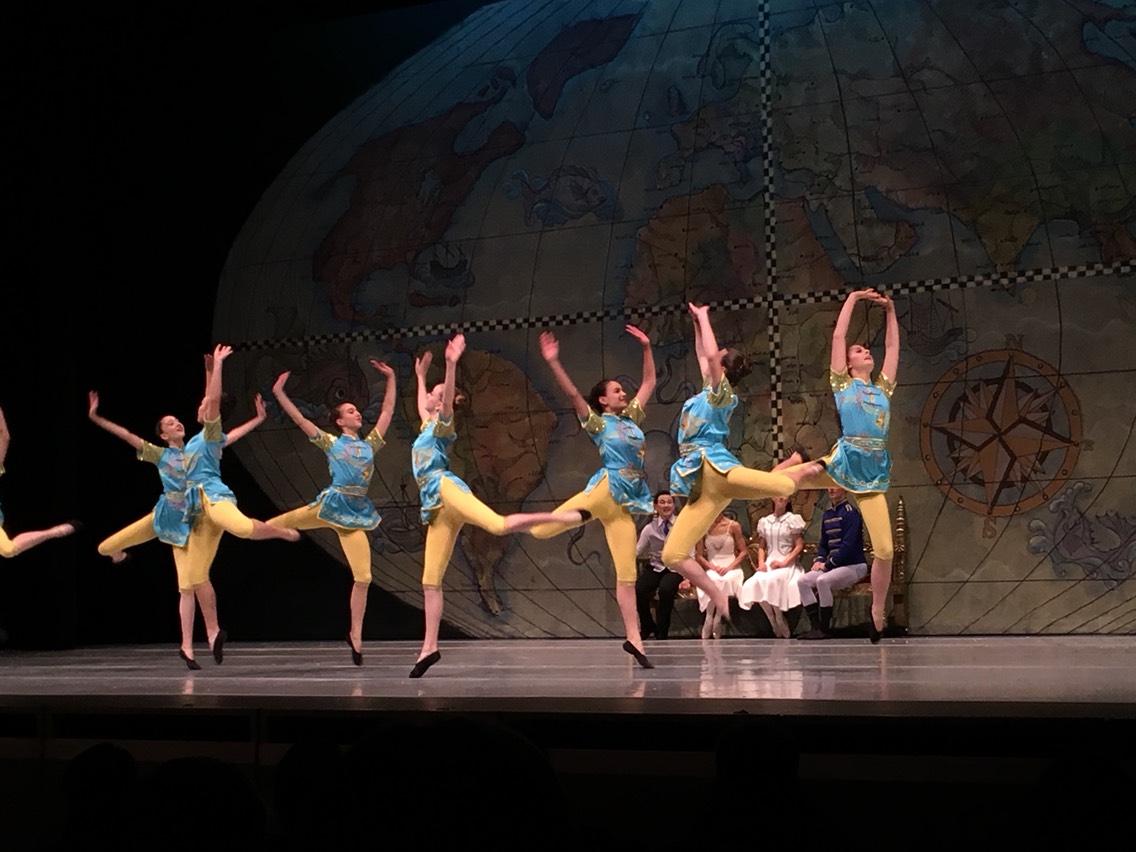 Martial artists from China jump high into the air.

The classical music rose and fell and came to a dead stop when Drosselmeyer first appeared onstage, hushing the audience and adding an element of magic to the scene. However, at times, the violins over the speakers grew too loud and shrill for a quiet ballet.

The most applauded scenes included the scampering mice and angels, which were young dancers. Another highlight was the performance of martial artists, whose acrobatic moves elicited gasps from a delighted audience. 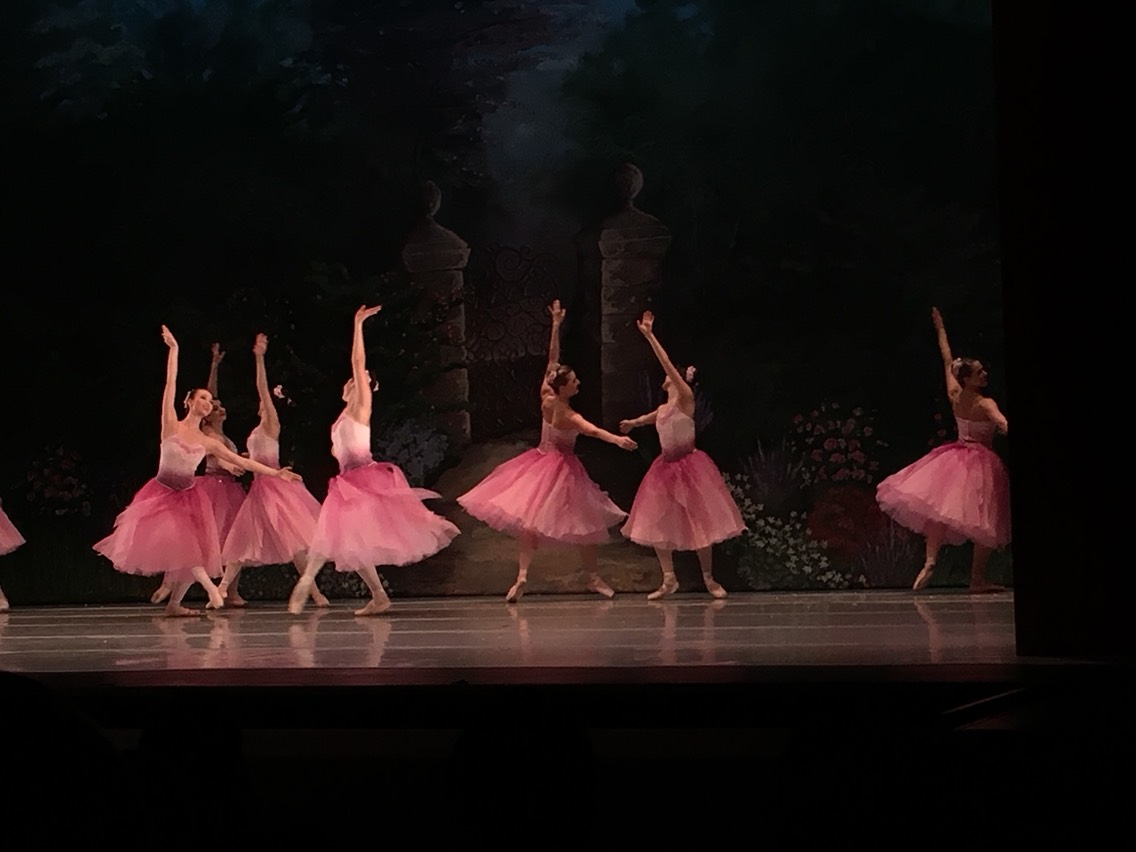 Flowers dance in the last scene.

Other shows are next weekend, December 15, 16, and 17. Take a 2-hour break from studying for finals and go watch “It’s a Wonderful Nutcracker!”