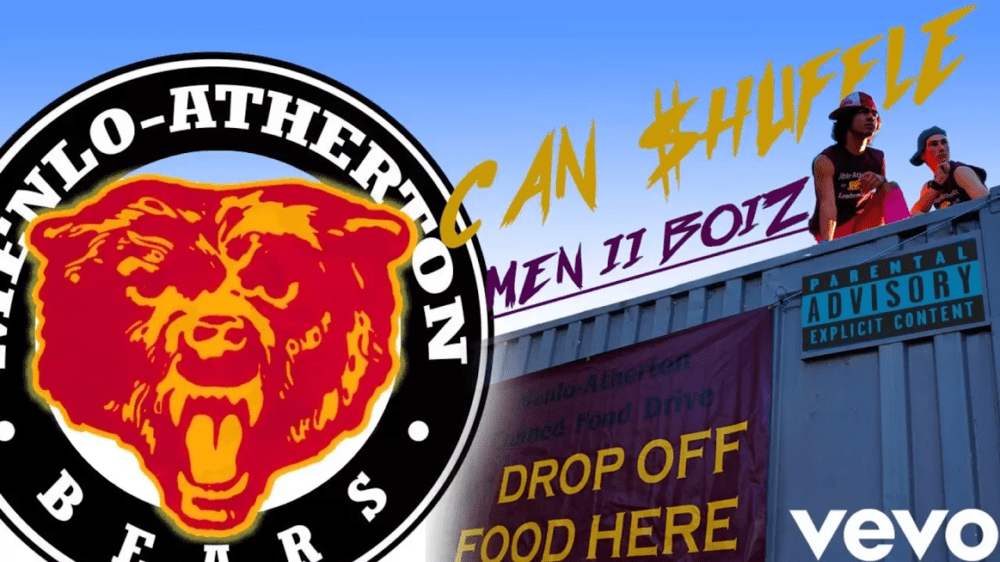 In order to promote M-A’s Canned Food Drive, senior president, Ian Peterson and vice president, Jean Claverie wrote, recorded, and performed the “Can $huffle.” Claverie and Peterson call themselves Men II Boiz and are the new biggest hip hop group in recent memory. The song and music video for their hit single, “Can $huffle” was first released exclusively on media platform M-A Today, and can be viewed on Youtube. The song has been a smash hit, and is now available on Spotify, Apple Music, and aired on the Bay Area radio station, 99.7 Now, on Tuesday, November 21. The song has already accumulated thousands of plays and has stacked up as much as $20 for the new rap group.

The fair use beat used on the song goes hard, and helps elevate the vocal performances. Taking inspiration from iconic modern and old school hip hop, Claverie kicks off the song with an uptempo verse, referencing the 2016 Canned Food Drive as well as maintaining a catchy flow. Next, Ian Peterson picks up where Claverie left off: his flow is fast and flashy, while still demonstrating outstanding wordplay. Their vocals are clean and smooth, layered on top of a well-produced, free beat.

Beyond their vocal performances, they break down barriers of style and fashion in the music video. They sport high cut shorts, tank tops, and backwards hats. They are pushing the boundaries of fashion set by some of hip hop’s other biggest stars. In other words, their swag is off the charts.

Men II Boiz is a bright spot in the rising age of hip hop. These two clearly have unique, artistic talent, that has already attracted huge attention and paid dividends on music media platforms. Claverie hinted at the possibility of releasing a set of follow up tracks, and maybe teaming up with other hip hop icons such as No Face. Until then, we can only enjoy their current work while we sit back and wait.