Throughout society, many believe that graffiti downgrades urban environments and only reflects a certain community in decline. However, Daniel Nava, also known as “Lettle,” is an artist who refutes this idea through his graffiti art and the messages he communicates in his pieces. Raised in two very different environments, East Palo Alto and Sheboygan in Wisconsin, 24-year-old Daniel Nava is focused on inspiring and motivating people with a similar background of living in a low income community. I spoke with Nava about what inspires his art as well as what made him the artist he is today.

Ulises Cisneros: Where were you raised and has your upbringing impacted your art? If so, how?

Daniel Nava: I was raised in Sheboygan WI, and East Palo Alto, CA. Two different types of environments. One with good education and sophistication, and the other ghetto and poor. Yes, it impacted my art. It changed the ways I would see a canvas, and motivated me to be different from everyone else.

I was born in Redwood City. As a child I was living in Sheboygan, WI, and would always go back to the Bay Area every summer because I loved it so much. While I was living in WI, it was my 3 older brothers, myself, and my mother. We lived in a apartment complex. My mother was a single mother at the time. She is also one of those old school parents, and wouldn’t mind given you a whooping if you got out of line. My mom eventually got a house, and I shared my room with my brothers.

My family began to separate when my oldest brother Victor left back to California. He was getting in a lot of trouble. I began to get a lot closer to my other brothers because we had felt like we lost one. I remember always drawing, dancing, skateboarding, playing sports, and riding my bike with my brothers…major influences to my work today. I also remember that I was a angry child, getting into fights, and in trouble with the law. I did not like it when people messed with my friends or my family. My brother Victor moved back with us, and he brought influences of Hip Hop from the Bay Area, and I fell in love with Hip Hop at that moment. I never seen graffiti, breakdancing, or heard a DJ scratch. I was impressed. We would always record freestyle music on my moms cassette tapes, and blasted the music, as my brothers and I would breakdance on cardboard in our 6′ basement.One day, two of my brothers and I came to visit our family here in the Bay Area and my dad had gotten a call saying my oldest brother Victor got stabbed. I was scared because I thought he got killed. They said he was in critical condition, and needed open heart surgery. This was so impactful to me because I didn’t know what to do. I felt so bad I couldn’t be by my brothers side. Thankfully, God helped my brother stay alive. At that point I realized how short life is, and I would always try my hardest in everything I did.You never know when it will be your time.

I loved to play soccer, and almost made it pro at the age of 13. It didn’t happen for many reasons. Since it didn’t happen, it only influenced my art even more because I seen it as my other route to success.

I lived in Sheboygan till I was 13 years old. We began to have family problems, which had me moving back to California. I lived in the same house in East Palo Alto since I can remember. One of my brothers moved there before I did, and had affiliated with gangs. Since he was the only person I knew, I hung out with his friends, and eventually started to go that route as well. Almost got jumped twice, almost got shot, and could have gotten killed the direction I was going.

East Palo Alto was different back then. It was a lot more dangerous, but it has gotten way better over the years. I was a bright student, but my living situation at my house in EPA was unhealthy, so my emotions got the best of me. I was always a go-getter, if I really wanted something, I was determined to get it. My very first job was when I was 11, and I was a paper boy in Wisconsin. I then worked at Stanford dining when I was a freshman in high school.

My dad wasn’t really around in my life because he was to busy working, and playing with his band, but he did give me a roof over my head, and love for music. So I would work hard for everything I had. Phone, clothes, and things I needed or wanted. I would move in and out of my dads house because of family problems, which help motivate me to focus on what I really loved.

I would get in trouble with the law for graffiti at this point, and learned how this system looked at graffiti. I was involved with non profit organizations like City Team, MMAP, and Live In Peace, because they help educate youth through the arts, which I had a great passion for. Helped get me back on the right track with school, after getting kicked out of almost all of them. Not proud but not ashamed. I graduated with my high school diploma and was set for college.

Around this time, all my brothers were back in California, but one ended up getting locked up for almost two years, for graffiti. I couldn’t see him because he was in another state, but he would write me. He got out and came back to live in California. He told me how he got arrested, and how he used graffiti in the wrong way, which got him locked up for as long as he was, and that the system was trying to make an example out of him, so no one else would graffiti. It changed my perspective on the things I would write when ever I would go out to graffiti. I wanted to put up things that sent out a positive message to the world. It made me want to help. I guess you can say that through all the struggle I faced in my life, it got me to the point where I realized life is to short. Try your best in everything you do, and don’t give up on your dreams because if I can do it, anyone can.

UC: Do you wish to share a message with your art? Can graffiti help a community in a certain way?

DN: I want to show positive messages with my art. A lot of people need inspiration and motivation where I am from, because they don’t have much. Making someone’s day with a piece made by me makes me feel good, and worth all the effort. I believe graffiti can help the community. It is an impactful tool that gives a person or group of people a voice. Many leaders of this country like Cesar Chavez, the Black Panthers, even the Presidents of the United States used art to represent who they were, and it made an impact.

UC: What is your stance regarding graffiti being art or vandalism?

DN: This question has no significant answer. I believe graffiti is an expression of oneself. Everyone expresses themselves differently.

UC: What is your creative process when making a new piece of art?

DN: My process varies. Sometimes I have a prepared sketch, and sometimes I just do it out of the top of my head. I start the sketch outline, then fill it in with the colors I want. After, I put in the detail, and then I add the 3D or just finish it with the last outline.

UC: What are you currently working on and what is your vision for the future?

DN: Well I am currently working on getting my BA in industrial design. My art has got me to do cool things like the mural at Street Code, to graphic animations for Super Bowl 50. Art has helped me find my passion, and what I want to use it on. I want to design concepts, and models for top companies in the future, and it seems very possible. Staying focused and productive is the key.

Getting Back into the Swing of Things: M-A Band & Orchestra’s Fall Concert 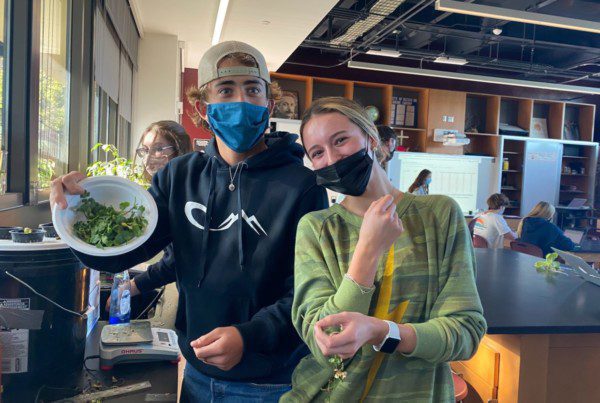