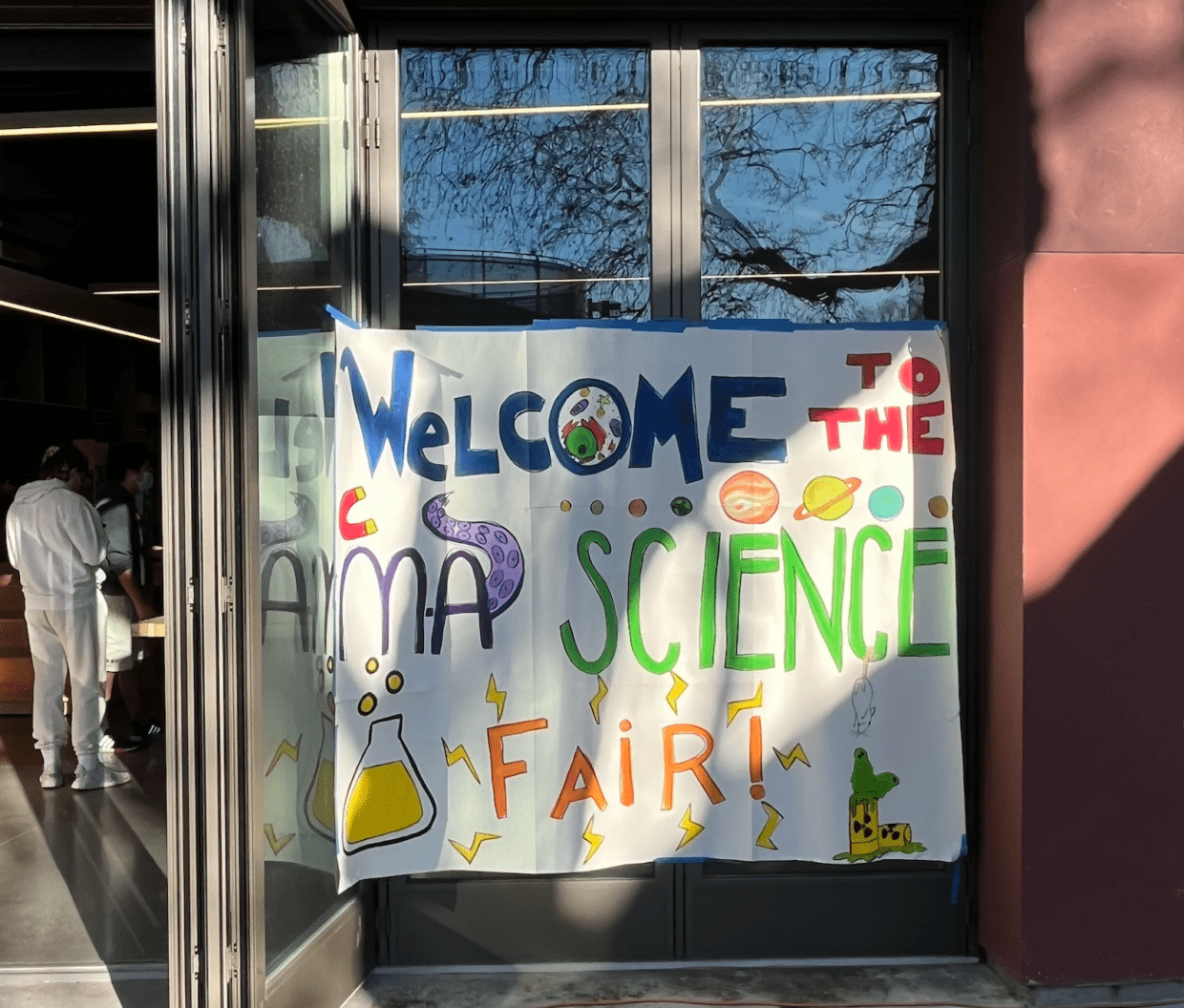 On Thursday, February 17th, M-A had their sixth annual STEM fair in the Maker Space. This year’s event returned in person after last year’s fair was on Zoom. Students worked for months on projects spanning a variety of different topics within the realm of STEM—science, technology, engineering, and mathematics. Ultimately, eight projects were presented to a board of judges. 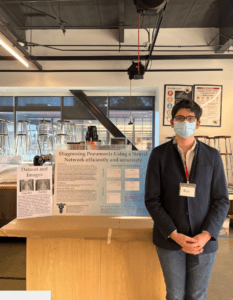 Junior Ron Freeman won first place with his project on testing water quality using metamaterial microwave resonators. Freeman has been doing science fairs since he was in seventh grade.  He said, “One of the things that made the preparation a lot easier is the fact that M-A has a lot of resources available for people doing science fair projects like all the science teachers, Dr. Richards, and the Maker Space.” 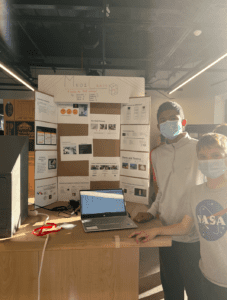 Dane Hansen and Shawnak Shivakumar presenting their project “Medicrate,” a unique way for medicine to be delivered to people using face ID technology to prevent theft.

Due to the cancellation of the Hillview Middle School’s Science Fair, M-A also welcomed eighth graders Shawnak Shivakumar and Dane Hansen and their project titled “Medicrate” to participate. They received first place in the Middle School division.

The STEM Club, advised by science teacher Rachel Richards, met weekly to work on and discuss their projects for the fair. The club recruited students interested in science to participate in the event. Richards said, “the purpose of the Science Fair is to give students a real life experience of how science is communicated in the real world.

Junior Parsa Zaheri said, “Science has always been something that has really interested me, and I think the science fair was the perfect way for me to discover something new and delve into a topic that I was curious about.” 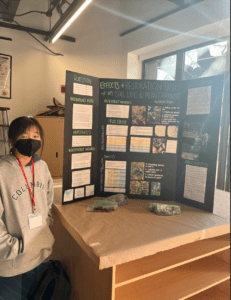 Freshman Celine Chien tied for third place with her project about the effects of restoration time on soil life and plant growth.

Richards explained how at science conventions in graduate school, projects would be displayed on posters just like the science fair. She says, “I didn’t realize how the science fair is really structured like a real professional setting. So if you’re interested in a STEM career, then the Science Fair is like the most relevant, real-world experience you’re going to get at this level.”

In addition, judges come from many different backgrounds and professions in STEM and other areas to try and get the best view of each project which is unique to this year. Richards explained, “We had a diverse group of judges, including professionals in STEM from the community, such as engineers from Apple, IBM, and Meta.” Several M-A teachers also volunteered to judge. She continued, “Having such a mix of people with such different backgrounds was very helpful in evaluating such a diverse number of projects.” 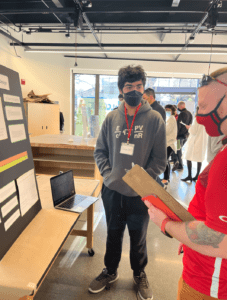 Sophomore Siavash Hassibi presenting his project called “Robotics in Design” to one of the judges.

Shivakumar agreed, saying, “It is really nice having the judges come around and tell us which parts we were really good at and which parts that we are missing so we can fill those gaps.”

Many students who participated in the event will move on to the Golden Gate Stem Fair to present their projects to a wider audience.