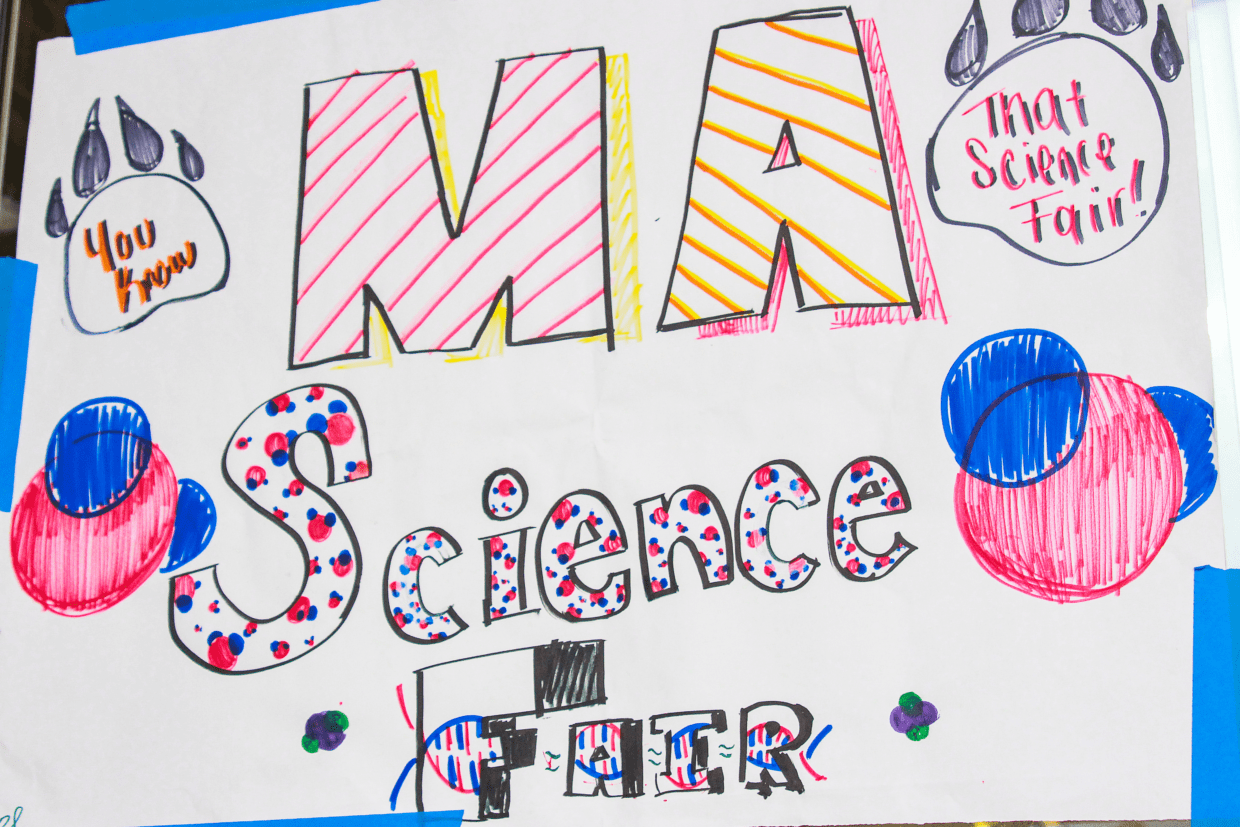 On Wednesday, February 8, M-A hosted its first ever science fair from 6 to 7:30 p.m. in the Performing Arts Center Café. Although this year’s event was small, with only five participants, it was an auspicious start to what will hopefully become a longstanding M-A tradition.

Sophomore Anna Quinlan, who first conceived the idea for an M-A science fair at the start of the school year with biology teacher Dr. Rachel Richards, described the fair as being “small, but there was a community vibe.”

The event was judged by local alumni of the Massachusetts Institute of Technology (MIT), who Quinlan and Richards came in contact with through the help of M-A staff Sue Kayton, also a graduate of MIT. “It was really high quality judging, and it was all engineers and scientists from the community,” Richards remarked.

This year’s first place winner was junior Patrick Kao, who developed a computer model for a spaceship orbital. In second place was sophomore Amritha Bhasin, who conducted research on electronic versus paper reading comprehension. Third place went to freshman Michael Yu who designed origami solar panels, and freshman Andrea Nugent came in fourth with an investigation into the effects of natural versus fluorescent light on concentration. 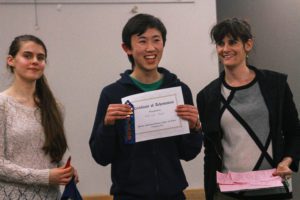 Quinlan participated as well, submitting a project about a technology for detecting Type 1 diabetes mellitus, but could not be considered for an award because of her heavy involvement in the organization of the event.

Richards explained that the main goal of the science fair “[was] that students who are interested could get feedback, and then go on to other science fairs, like the county fair in March.”

Quinlan elaborated that “from the county fair you can go to the state fair, which is in May, and then you used to be able to go to the international fair from the[re].”

While the county fair is no longer a feeder fair for Intel’s International Science and Engineering Fair, Quinlan added that the head of the county’s science department is working on ways to reopen that pathway. 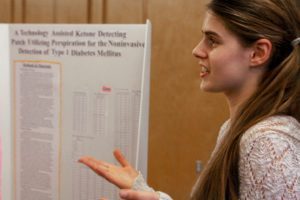 In addition to the fair itself, Quinlan and Richards organized a science fair club, which met regularly throughout the year with the intention of helping students prepare their projects. However, like any pilot project, things didn’t happen exactly as planned. Quinlan reflected, “I thought that more people would want to be walked through the process, but the people that ended up completing their projects kind of just did it on their own.”

Richards shared similar sentiments, adding that, “I really didn’t have as big a time commitment [to helping students] as I thought, because the participants were very independent.”

Next year, Richards and Quinlan hope to expand the fair and club. “I think the hardest thing was to recruit students, so that’s what we’re working on improving for next year,” Richards said.

Richards hopes to reach out to middle school students who will attend M-A, as well as parents and the general community, to spread more awareness and garner enthusiasm for the event. The M-A science department is also considering adding a science fair project as part of the curriculum in certain classes. 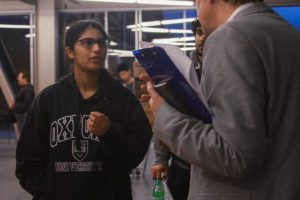 Amritha Bhasin speaks with a judge.

Quinlan and Richards both acknowledged that completing a science fair project can be a daunting task, and many students struggled with the time commitment required for finishing one. Richards explained, “The biggest thing that we’re trying to overcome right now is how to create more time and space for students to do [their projects], so it doesn’t seem so overwhelming.”

Quinlan mentioned that next year, the club will probably meet less often so people have more time for independent work. “I want to make it so that it’s as easy as possible, so we’ll offer support if its needed… but you don’t have to come,” she elaborated. 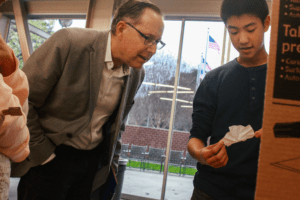 Michael Yu shows his solar panel model to a judge.

In terms of why high school science fairs are important, Quinlan opined, “It translates what you’re doing in the classroom… and makes it that so you can apply it to things you’re interested in.”

Richards, who was a research scientist before becoming a science teacher, agreed that science fairs give students a way of gaining professional experience and practical skills. “A science fair at this level most mimics how real science is done in the real world,” she remarked. “It’s taking it to the next level.”

Getting this project off the ground was a huge success for Quinlan and Richards, and it’s a promising development in expanding science opportunities for the M-A student body. “It was extremely inspiring for all of us and we got tons of ideas [for next year],” Richards commented. “It’s actually been a dream of mine to have a science fair here at M-A… It was really just a match made in heaven when Anna approached me.”

Visit Dr. Richards in F-13 if you are interested in becoming involved with M-A’s science fair club.